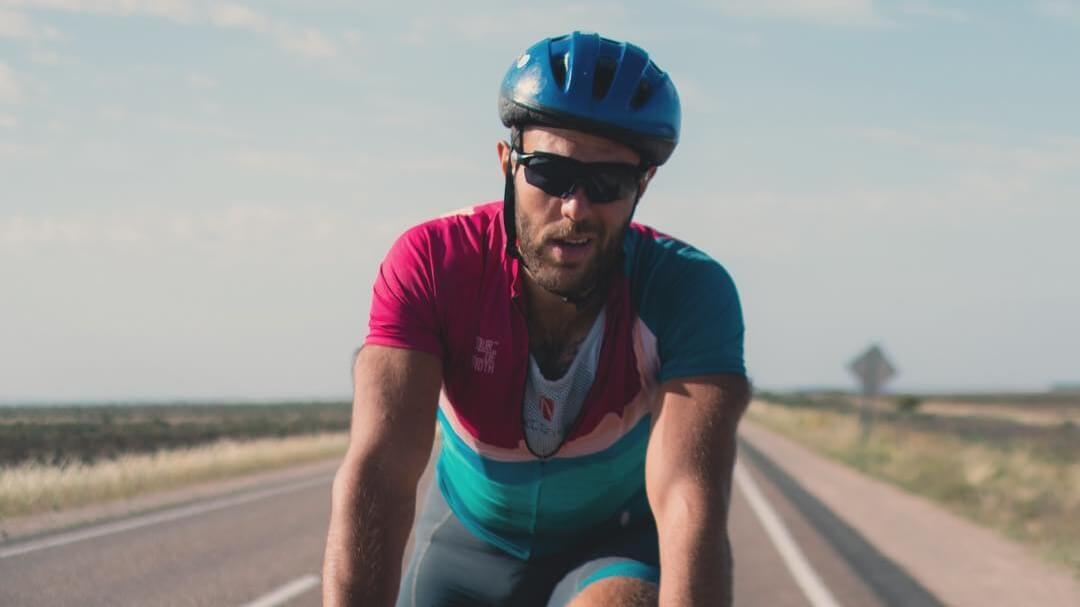 Zeinab rode in the Trans Am Bike Race last month, an annual ultra-cycling event that takes the rider across the United States from Astoria, Oregon to Yorktown, Virginia. It’s a true test of both physical and mental endurance. At 6,800 kilometers, it’s nearly twice as long as this year’s Tour de France. There are no set breaks, so it’s up to the cyclist to decide when and how long to rest.

Another distinction that sets the grueling race apart from others is that the rider must be completely self-sufficient. In other words, no outside help is allowed. The 25-year-old endurance athlete had to source food and shelter on his own. Fries have long been a bastion of hope for vegans dining out. During the Trans Am, Zeinab relied their breakfast-y cousin: diner hash browns.

During the race, he relied on a diet of mostly hash browns. The diner staple were one of the few reliable options Zeinab could find in the Midwest. “Once I asked for some vegetables and got a sliced tomato that tasted like a truck tire that had driven through mud,” he told LIVEKINDLY “So once I realized they sold these hash browns at all the diners that was my go to. They sat well in my stomach and provided me with what I needed.”

He completed the race in a record 16 days, 9 hours, and 56 minutes, finishing first out of 74 cyclists. The Australian slept an average of three to four hours a day and estimates that he ate more than 100 hash browns throughout the entirety of the race.

“The stress of the situation keeps you awake,” Zeinab explained, speaking to how he was able to function on so little sleep. “It feels like you’re riding to survive at some points, So mentally, it’s serious and the body responds to that. I think once you cross a certain threshold of fatigue the body realizes that you’re not playing around no more and everything switches into high gear.”

Zeinab, who only began riding competitively in 2018, said that he knew the Trans Am would be the hardest thing he’s ever done, Australian heat notwithstanding. But the benefits far outweigh the difficulty of long-distance racing.

“Mentally, long distance cycling has given a lot to me. Your overall outlook and approach to daily life improves as your cycling improves,” he said. “To me they are one in the same thing really, I don’t separate them in my mind. To find a way to navigate a course in the face of great unknown whilst being scared.”

This isn’t Zeinab’s first big victory. He finished the 5,500-kilometer Indian Pacific Wheel Race in 2018 in spite of the race being cancelled due to a rider’s death the previous year.

Zeinab added that the recovery period is almost harder than the race itself.

“To go from such a crazy situation to sitting on the couch not having the energy to do much is hard,” he said.“But there is no real option but to let it happen.”

He’s already considering a race in Europe but for now, Zeinab will focus on giving his body a break.

“I look at it from this perspective: when I asked my body to take on the Trans Am, it honored my request,” he continued. “The other side of that relationship is to honor the body’s request for rest. In my mind, it’s a relationship. The less I honor my end, the more reluctant the body is to answer my request when I want it to.”

16 Essential Books About Environmental Justice, Racism and Activism [The Revelator]