White Meat Is Just as Bad for You as Red Meat, Study Finds

Due to unhealthy cholesterol levels, consuming white meats — such as chicken and turkey — could be just as bad as consuming red meats, says a new study.

It’s long been accepted that white meat, such as chicken and turkey, is better than for you than red meat, like beef and lamb. However, new research says otherwise.

A study from the Children’s Hospital Oakland Research Institute revealed that consuming both red and white meat results in high levels of cholesterol.

“When we planned this study, we expected red meat to have a more adverse effect on blood cholesterol levels than white meat, but we were surprised that this was not the case,” said the study’s senior author Ronald Krauss, MD in a statement.

“Their effects on cholesterol are identical when saturated fat levels are equivalent,” he added.

Everyone needs cholesterol — a waxy substance in the blood — in their diet, as it’s vital for building healthy cells. High levels of cholesterol, however, can lead to serious health problems.

The Mayo Clinic says, “with high cholesterol, you can develop fatty deposits in your blood vessels. Eventually, these deposits grow, making it difficult for enough blood to flow through your arteries. Sometimes, those deposits can break suddenly and form a clot that causes a heart attack or stroke.”

According to Krauss, plant proteins — such as beans, vegetables, and legumes — are the best foods to consume in terms of cholesterol benefit. He also claims, however, that when it comes to meat, red meat is still the most dangerous to consume.

“Our results indicate that current advice to restrict red meat and not white meat should not be based only on their effects on blood cholesterol,” he said. “Indeed, other effects of red meat consumption could contribute to heart disease, and these effects should be explored in more detail in an effort to improve health.”

Krauss isn’t alone in advising consumers to restrict their meat intake for their health. A recent study — conducted on behalf of Cancer Research UK — revealed that eating three rashers of bacon a day could increase a person’s risk of bowel cancer by 20 percent; another noted that eating red meat could increase heart disease risk 1,000 percent more than a vegan diet.

Emma Shields, an information manager at Cancer Research UK, said, “the study shows the more meat you eat, the higher your risk of getting cancer and obviously the reverse is true – the less you eat the less likely you are to get bowel cancer.”

But as Krauss’ study warned; it isn’t just red meat consumers should be wary of. Research published in April revealed that eating fried chicken and fish regularly could lead to an increased risk of early death. 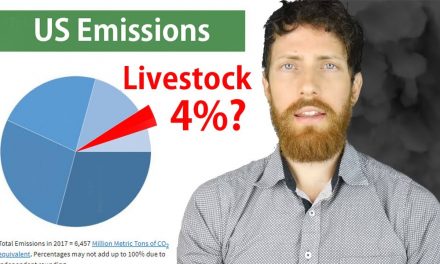 Peter Singer on the Lives You Can Save

Take Care of Yourself in the Face of the Climate Crisis