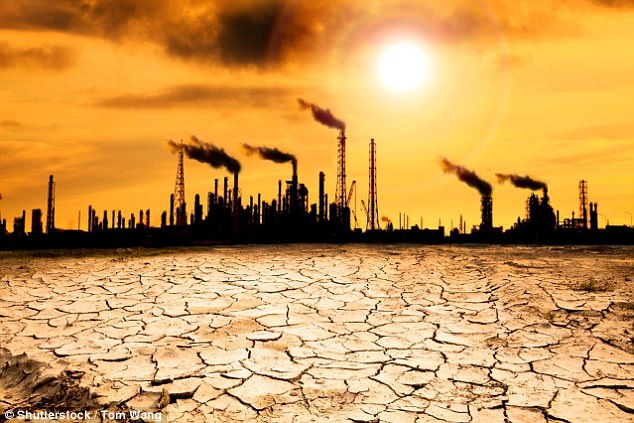 Apocalypse is complete destruction of the world as described in some detail in the biblical book of Revelation. Nothing worse can happen to humanity. Interestingly, it has been a recurring aspect of civilization for over two thousand years but every prediction of “End Times” has failed.

Yet, modern-day society is proving that apocalypse has multiple possible outcomes. In fact, a case can be made that it’s never been closer to reality because it’s already happening here and there.

At the turn of the new century, Frontline aired a two-hour PBS Special, APOCALYPSE! The program traced the evolution of apocalyptic belief from its origin within the Jewish experience after Babylonian exile, to modern times.  Historians and biblical scholars were interviewed to discuss the concept of End Times and doomsday in order to elucidate the ideas of mass destruction and how those ideas shape the cultural world. Indeed, the concept of apocalypse has influenced civilization in a multitude of ways for over 2,000 years.

The Book of Revelation, the last book of the New Testament, is central to Western consciousness of apocalyptic belief, and a considerable portion of Revelation originated in the six hundred year period of Jewish political history involving wars and defeat by foreign invaders, Babylonians, Persians, Greeks, and Romans. As a result, visions of heaven and hell and the eternal battle between good and evil arose, shaping culture for 200 years before the birth of Jesus. Ever since, apocalypse has been on people’s minds as a final reckoning.

The concept of apocalypse remains a very powerful force to this day, especially amongst true believers. Not only that, but recently apocalypse has transitioned a new variety known as “Climate Apocalypse,” a term that interestingly enough generates 7,610,000 Google hits in all of 0.58 seconds. Truly, Climate Apocalypse has an audience as well as strong adherents and strong detractors, like Forbes magazine and several mainstream publications. As for those editors, apocalypse is only for doom-and-gloom Cassandras that should be discounted and maybe ridiculed.

Yet, some of the Google searches turn up the darnedest doom-and-gloom sources, for example: “Leaked UN Climate Report: The Apocalypse Is Almost Here… The Worst Is Yet To Come….” references the recently “leaked draft” climate report by the UN Intergovernmental Panel on Climate Change (IPCC) that allegedly proclaims: “A dire warning that we are on the cusp of planetary destruction thanks to the myriad dangers of worsening climate change.” This references the 4,000-page UN report leaked to Agence France-Presse. (Source: The Byte/Climate Report, June 23, 2021), which isn’t due for publication for some months.

What if the IPCC “doom-and-gloom report,” as alleged, is on target, dead-on but similar to all past IPCC reports, it ends up as way too conservative?

In point of fact, it is not all that difficult to make a case for Climate Apocalypse by simply observing what’s happening today. What are the signs? By definition, normalized climate behavior is not an apocalyptic signpost. It doesn’t count if it’s normal regular ol’ climate behavior that humans have seen over the centuries. To be apocalyptic, a climate event must be damaging “beyond human experience, and then some.”

Unfortunately, the list of actual apocalyptic events is a very long one. A few recent real events make the point, to wit:

The Guardian newspaper recently (July) interviewed Diana Six, an entomologist for 30 years who teaches at the University of Montana. She took her students to Glacier National Park on a field trip and reported the following: “Life doesn’t just deal with this. When I went up Glacier with my students a few weeks ago, the flowers were curling up. At some of the lower elevations, glacier lilies were shriveled, lupins didn’t even open. The flowers should extend for another three weeks and they’re already gone. Any insects or birds that depend upon them, like bees or hummingbirds, are in trouble, their food is gone. Bird populations have just baked… People seem to think of extinctions as some silent, painless statistic. It’s not. You look at birds that can no longer find fish because they’ve moved too far off shore. They’re emaciated; they’re starving to death. We are at the point that there’s nothing untouched.” (Source: Top US Scientist on Melting Glaciers: ‘I’ve Gone From Being an Ecologists to a Coroner’, The Guardian, July 21, 2021)

It is instructive, as well as extremely troublesome, to note that her experience took place in a “protected national park.”

Referencing how climate change impacts life, Diana said: “Somewhere along the way, I had gone from being an ecologist to a coroner. I am no longer documenting life. I’m describing loss, decline, death,” Ibid.

Diana, an entomologist, is “… no longer documenting life. I’m describing loss, decline, death.” That describes an apocalyptic event on a very personal level.

On a larger scale, Krefeld Entomological Society (est. 1905) issued a report of more than a 75% decline over only 27 years in total flying insect biomass in several protected European nature reserves. (Source: PLOS ONE -Public Library of Science – October 18, 2017)

And, on a larger scale, last year the World Wildlife Foundation in collaboration with the Zoological Society of London issued an eye-popping report that over-exploitation of ecological resources by humanity from 1970 to 2016 caused a 68% plunge in wild vertebrates. Numbers of that magnitude border on the onset of apocalypse, especially considering it happened within one human lifetime. According to the Report, tropical sub-regions were clobbered, hit hard with 94% loss of wild vertebrate life, which is apocalypse in spades.

Throughout the planet, apocalypse is hitting, but on a regional basis, especially where few, if any, people live to see it happening.

That is, until it did start hitting where lots of people live. In China in July 2021, “apocalyptic flooding” trapped passengers in subway trains standing in neck-deep water in the provincial capital Zhengzhou, a metropolis of 12 million where chaos descended as entire neighborhoods were covered in waist-deep water, and a massive unrelenting inordinate rainfall caused a 60-foot crevasse in the structure of the major dam of the region, which could collapse at any time, possibly drowning thousands. (Source: Unprecedented Floods in Central China, Passengers Trapped in Subway Train With Neck-Deep Water, Outlook, July 21, 2021)

According to Reuters in China, several people have died as a result of massive rains and dozens more cities have flooded in the country. Zhengzhou evacuated 100,000. Over three days, two feet of rainfall devastated parts of central China, smashing homes apart. That describes a severely damaging climate system that is not normal, not even close to normal. It’s one more signpost of apocalyptic behavior.

According to a recent CNN article: “Scientists have warned for decades that climate change will make heat waves more frequent and more intense. That is a reality now playing out in Canada, but also in many other parts of the Northern Hemisphere that are increasingly becoming uninhabitable.” (Source: Unprecedented Heat, Hundreds Dead and a Town Destroyed, Climate Change is Frying the Northern Hemisphere, CNN, July 4, 2021)

Apocalyptic is the most apt description of formerly inhabitable regions turning uninhabitable. It’s the onset of apocalypse, as hundreds of people died of too much heat, which also triggered 240 wildfires across British Columbia, with global warming turning verdant forests into tinder.

According to the implications within a recent article in Scientific American, the Pacific Northwest just experienced early stage apocalypse: “Hundreds of people died in the recent Pacific Northwest heat wave, according to estimates; there were at least 486 deaths in British Columbia, 116 in Oregon, 78 in Washington… there were more than 3,500 emergency department visits for heat-related illness this past May and June in a region that includes Alaska, Idaho, Oregon and Washington State.” (Source: Why Extreme Heat Is So Deadly, Scientific American, July 22, 2021)

According to Kristina Dahl, a senior climate scientist at the Union of Concerned Scientists who was interviewed about the heat wave, the climate models did not come close to predicting the level of heat in the Northwest. She added: “But then to realize that I am seeing it in my lifetime, and living it right now, is really terrifying,” Ibid.

Early-stage apocalyptic events are hitting terrestrial regions of the planet, region by region over time, but it’s much more universal or across the board in the oceans. According to the documentary film Seaspriacy (Netflix, March 2021), which focuses on whether the planet’s fish stock survives and for how long, five million fish are killed per minute. Global fish populations are plummeting and have already declined to apocalyptic levels, to wit: (1) halibut -99% (2) cod -86% (3) Bluefin tuna -97% (4) haddock -99% (5) thresher shark -80% (6) bull shark -86% (7) hammerhead shark -86% (8) total shark mass decimation of 80%-to-99%. Shark deaths (100,000,000 annually) at the top of the food chain bring in their wake the death of almost all other ocean species down the marine food chain. The oceans used to contain 80% of all life. Nobody knows that number now with killings too rapid to keep count of what remains. By all accounts, apocalypse is already rampant in the world’s oceans.

Above all else, the results of a new research discovery must be broadcast as wide as possible: “Planet Earth is now trapping twice as much heat as it did 14 years ago.” (Source: Norman G. Loeb, et al, Satellite and Ocean Data Reveal Marked Increase in Earth’s Heating Rate, Geophysical Research Letter, June 15, 2021)

The nations of the planet must get their act together and do something extremely big, very, very major, very soon to tame the climate monster, as well as put a halt to the insanity of stripping natural resources like the ocean’s fish stock down to the bone or suffer unfathomable adversity, meaning some advanced stage of apocalypse which unfortunately has already started to strut its stuff.

Warnings from the Far North