Buckle Up! The Arctic’s Sizzling 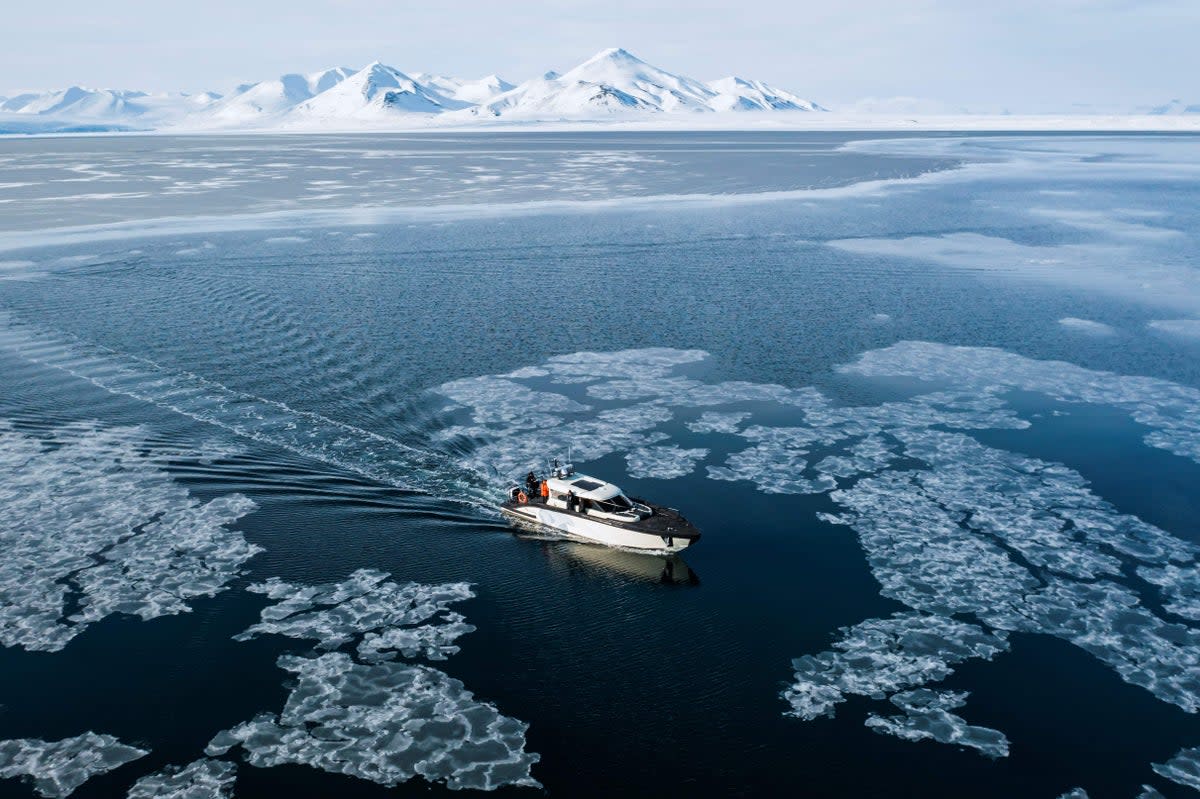 The Arctic is turning into a dream come true for doomsayers. It’s heating way too fast! Nostradamus is dancing in the street.

Record-smashing Arctic temperatures may brighten the outlook for those who thrive, actually enjoy, disaster scenarios, but the great majority of people only get off on disasters in a movie theater, not in the wide open spaces at the top of the world. Even Hollywood itself could never possibly capture the moment, the drama, the heightened level of deep concern of flabbergasted scientists, as temperatures in the Arctic skyrocket.

Indisputably, it’s all about cars, planes, trains, cows, heavy industry, and electric power plants emitting tons of CO2 into the upper atmosphere where it blankets heat. In that regard, there are limits to what works and what doesn’t for nature’s climate system to continue functioning so that humans can live and breathe and survive. Global warming anomalous temperatures, which are beyond the norm of thousands of years, just don’t cut it. It’s at the biggest disruption level in human history, and it’s downright ugly and outright scary.

New studies have discovered: “Extraordinary global heating in the Arctic that’s seven (7) times faster than the global average” in the North Barents Sea region. This is awful news. Scientists are alarmed, viewing it as an early warning sign of what’s in store for the rest of the Far North, and ultimately the planet as a whole. Seven times faster is insane.

Shockingly, average annual temperatures have logged +2.7C per decade and as high as +4C in autumn months. That’s the fastest rate of heat on Earth. According to the Intergovernmental Panel on Climate Change >2C spells big trouble.

As for the horrific Arctic discovery: “We expected to see strong warming, but not on the scale we found,” according to Ketil Isaksen, senior researcher at the Norwegian Meteorological Institute: “We were all surprised. From what we know from all other observation points on the globe, these are the highest warming rates we have observed so far.” (Source: Damian Carrington, Environmental Editor, New Data Reveals Extraordinary Global Heating in the Arctic, The Guardian, June 15, 2022)

This is one more example of climate change ahead of schedule. According to Dr. Ruth Mottram, Danish Meteorological Institute: “This study shows that even the best possible models have been underestimating the rate of warming in the Barents Sea,” Ibid.

Of more than passing significance, this is the first public release of “extraordinary high-quality” surface air temperature measurements from 1981 to 2020 demonstrating 5-to-7 times global warming averages, which is off the charts problematic.

The Isaksen study focused on three periods, covering 40, 30, and 20 years beginning from 1981, 1991, 2001 and all ending in 2020. The highest readings “were up to twice as high than hitherto known in this region from reference station series in the western and southern part… we showed that the warming has been strongly linked, both in space and time, to (1) the large reduction of sea ice and (2) increased SST (sea surface temperature)”, Ibid.

The Arctic sets the tone for the rest of the world, which is a horrifying thought based upon this new data. Meanwhile, down south the Doomsday Glacier set another scary record.

Off the charts temperatures in the Arctic are only one-half of the horrific news: “Antarctica’s so-called Doomsday Glacier (Thwaites) is losing ice at its fastest rate in 5,500 years, raising concerns about the ice sheet’s future and the possibility of catastrophic sea level rise caused by the frozen continent’s melting ice.” (Source: Antarctica’s ‘Doomsday Glacier’ is Hemorrhaging Ice Faster Than in the Past 5,500 Years, LiveScience, June 15, 2022)

Alas. with both poles setting new records, the evidence mounts that years of warnings from scientists have been right on target, 100% correct while the consequences have been much, much faster than the models expected.

As such, it doesn’t take a rocket scientist to foresee impending disaster brewing on the horizon, especially with current rates of CO2 levels and meaningfully because of grim news: China is Building More Than Half of the World’s New Coal Power Plants, NewScientist, April 26, 2022: “Some 176 gigawatts of coal capacity was under construction in 2021, and more than half of that was being built in China.”  (176 gigawatts equal enough power for one hundred twenty-three million (123,000,000) homes).

The China/India news defines human insanity and unbelievable stupidity that’s responsible for repeated failure of climate mitigation efforts. This story is getting very old, way too late, in a perilous climate change cycle. Is it suicidal?

A Possible Solution: Convert the US defense budget to a worldwide renewables build-out. Otherwise, at current rates of change, there won’t be much to defend anyhow.

The Collapse of Industrial Farming