Assange Is Doing His Most Important Work Yet 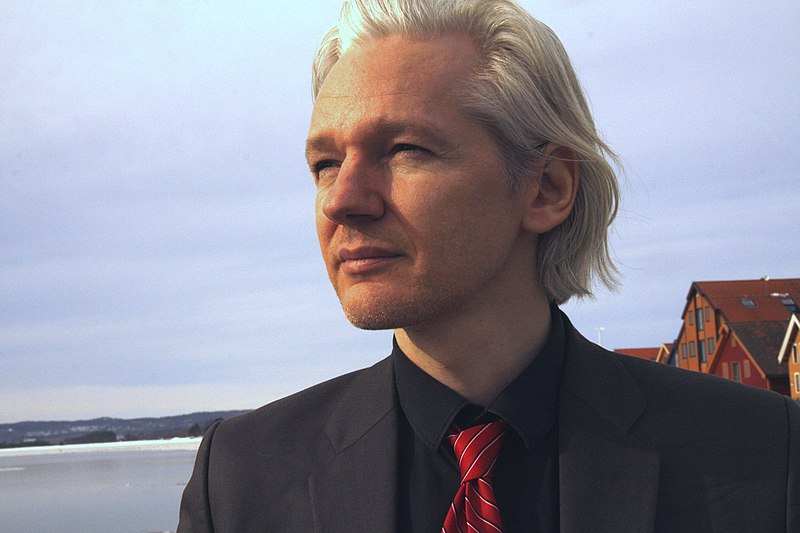 British Home Secretary Priti Patel has authorized the extradition of WikiLeaks founder Julian Assange to the United States to be tried under the Espionage Act in a case which seeks to set a legal precedent for the prosecution of any publisher or journalist, anywhere in the world, who reports inconvenient truths about the US empire.

Assange’s legal team will appeal the decision, reportedly with arguments that will include the fact that the CIA spied on him and plotted his assassination.

“It will likely be a few days before the (14-day appeal) deadline and the appeal will include new information that we weren’t able to bring before the courts previously. Information on how Julian lawyers were spied on, and how there were plots to kidnap and kill Julian from within the CIA,” Assange’s brother Gabriel Shipton told Reuters on Friday.

And thank goodness. Assange’s willingness to resist Washington’s extradition attempts benefit us all, from his taking political asylum in the Ecuadorian embassy in 2012 until British police forcibly dragged him out in 2019, to his fighting US prosecutors in the courtroom tooth and claw during his incarceration in Belmarsh Prison.

Assange’s fight against US extradition benefits us not just because the empire’s war against truth harms our entire species and not just because he cannot receive a fair trial under the Espionage Act, but because his refusal to bow down and submit forces the empire to overextend itself into the light and show us all what it’s really made of.

Washington, London and Canberra are colluding to imprison a journalist for telling the truth: the first with its active extradition attempts, the second with its loyal facilitation of those attempts, and the third with its silent complicity in allowing an Australian journalist to be locked up and persecuted for engaging in the practice of journalism. By refusing to lie down and forcing them to come after him, Assange has exposed some harsh realities of which the public has largely been kept unaware.

The fact that London and Canberra are complying so obsequiously with Washington’s agendas, even while their own mainstream media outlets decry the extradition and even while all major human rights and press freedom watchdog groups in the western world say Assange must go free, shows that these are not separate sovereign nations but member states of a single globe-spanning empire centralized around the US government. Because Assange stood his ground and fought them, more attention is being brought to this reality.

The free press is not the enemy of the people — far from it. pic.twitter.com/0JNmAlmBAc

By standing his ground and fighting them, Assange has also exposed the lie that the so-called free democracies of the western world support the free press and defend human rights. The US, UK and Australia are colluding to extradite a journalist for exposing the truth even as they claim to oppose tyranny and autocracy, even as they claim to support world press freedoms, and even as they loudly decry the dangers of government-sponsored disinformation.

Because Assange stood his ground and fought them, it will always reek of hypocrisy when US presidents like Joe Biden say things like, “The free press is not the enemy of the people — far from it. At your best, you’re guardians of the truth.”

Because Assange stood his ground and fought them, people will always know British prime ministers like Boris Johnson are lying when they say things like, “Media organisations should feel free to bring important facts into the public domain.”

Because Assange stood his ground and fought them, more of us will understand that they are being deceived and manipulated when Australian prime ministers like Anthony Albanese say things like “We need to protect press freedom in law and ensure every Australian can have their voice heard,” and “Don’t prosecute journalists for just doing their jobs.”

Because Assange stood his ground and fought them, US secretaries of state like Antony Blinken will have a much harder time selling their schtick when they say things like “On World Press Freedom Day, the United States continues to advocate for press freedom, the safety of journalists worldwide, and access to information on and offline. A free and independent press ensures the public has access to information. Knowledge is power.”

Because Assange stood his ground and fought them, UK home secretaries like Priti Patel will be seen for the frauds they are when they say things like “The safety of journalists is fundamental to our democracy.”

With this clear support for press freedom, new UK Home Secretary @patel4witham has no choice but to block the extradition of Assange https://t.co/zwa8eLoUV7

Extraditing a foreign journalist for exposing your war crimes is as tyrannical an agenda as you could possibly come up with. The US, UK and Australia colluding toward this end shows us that these are member states of a single empire whose only values are domination and control, and that all its posturing about human rights is pure facade. Assange keeps exposing the true face of power.

There is in fact a strong argument to be made that even all these years after the 2010 leaks for which he is currently being prosecuted, Assange is doing his most important work yet. As important as his WikiLeaks publications were and are, none of them exposed the depravity of the empire as much as forcing them to look us in the eye and tell us they’ll extradite a journalist for telling the truth.

Assange accomplished this by planting his feet and saying “No,” even when every other possible option would have been easier and more pleasant. Even when it was hard. Even when it was terrifying. Even when it meant being locked away, silenced, smeared, hated, unable to fight back against his detractors, unable to live a normal life, unable to hold his children, unable even to feel sunlight on his face.

His very life casts light on all the areas where it is most sorely needed. We all owe this man a tremendous debt. The least we can do is try our best to get him free.

NOTE FROM THE AUTHOR:  My work is entirely reader-supported, so if you enjoyed this piece please consider sharing it around, following me on Facebook, Twitter, Soundcloud or YouTube, or throwing some money into my tip jar on Ko-fi, Patreon or Paypal. If you want to read more you can buy my books. The best way to make sure you see the stuff I publish is to subscribe to the mailing list for at my website or on Substack, which will get you an email notification for everything I publish. Everyone, racist platforms excluded, has my permission to republish, use or translate any part of this work (or anything else I’ve written) in any way they like free of charge. For more info on who I am, where I stand, and what I’m trying to do with this platform, click here. All works co-authored with my American husband Tim Foley. 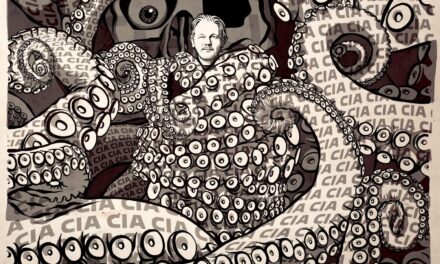 The Puppets and the Puppet Masters

Welcome to the Global Rebellion Against Neoliberalism