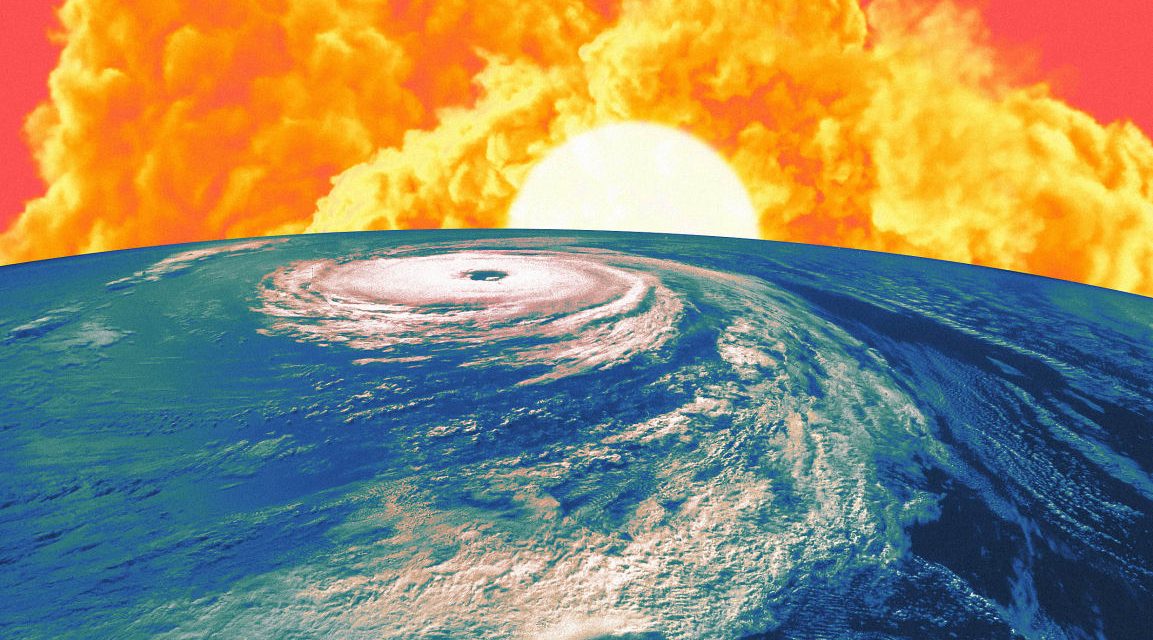 At an intense level of combined heat and humidity—a “wet bulb” reading of 35 degrees Celsius, hotter and more humid than humans have ever experienced—the air will become so muggy that people can’t sweat and their organs begin to shut down. A healthy person sitting outside could eventually overheat and die, even if they’re resting in the shade. And by 2030, there’s a chance that this type of deadly heat wave could hit regions in India where as many as 200 million people live.

A new report from McKinsey Global Institute looks at the risk of extreme heat in India along with eight other case studies of the potential physical risks of climate change over the next three decades, from the future of the food supply in Africa to the economic impact of rising sea levels and devalued houses in Florida. “Our contribution here is really taking the science and translating that to impact for individuals, for companies, for countries,” says Mekala Krishnan, one of the co-authors of the report and a senior fellow at McKinsey. The report also presents a framework that people can use to think about a type of risk that we’ve never experienced before: For more than 10,000 years, and the entire history of human civilization, the climate has been relatively stable. Now it is not.

It’s not that we’re moving to a “new normal” but to a world where the climate is constantly changing, meaning that climate risk is also evolving. And the things that humans rely on for survival, including the crops we grow and the infrastructure in cities, are optimized for a different set of climate variables that stayed the same over time. “A stable climate really drives how we design the world around us,” says Krishnan. “And that could now put systems at risk around the world.” Some changes are easier to make than others; while it might be possible to flood-proof a building, crops that evolved over thousands of years to grow in one set of conditions can’t naturally change to meet the pace of global warming.

Climate risk is complex in many ways: Not only will the climate continue to change, but the impacts are different depending on location, and the impacts are also nonlinear—there’s a point at which conditions don’t just get worse, but a system can reach a threshold and break down completely, as in the upper temperature limits for human survival. One impact can also lead to multiple other effects. In Florida, for example, when sea level rise floods houses, it could also lower the value of those houses so cities lose property tax revenue and are less able to pay for new infrastructure to help protect the community. Multiple climate impacts can happen simultaneously. And the communities that are least able to pay to adapt to climate change tend to face the highest risk.

We’re already seeing serious climate impacts now, of course, including catastrophic fires, droughts, heat waves, and flooding. And in a decade, those extreme events are likely to be both more frequent and more intense. The researchers looked at the impacts from a high-emissions scenario, but note that what happens by 2030 will be similar even if we rapidly cut emissions now; emissions cuts will have more impact in the future. “The warming for the next 10 years, and many of the climate outcomes, are kind of locked in,” says Dickon Pinner, head of McKinsey Sustainability. Warming will also continue for at least a decade even if the world hits net-zero emissions.

Globally, the researchers looked at 105 countries, and found that by 2030, all of them would face an increased risk of at least one major impact. Millions of lives could be at risk, along with trillions of dollars’ worth of economic activity and capital. For extreme heat, the researchers calculated that as many as 360 million people could live in a place that faces some risk of a lethal heat wave. By 2050, that number could be as high as 1.2 billion.

The specific case studies help make the risks more tangible. In the case of India, the researchers looked at how extreme heat and humidity could affect work; in an economy with a heavy reliance on outdoor labor, productivity outside could drop 15% by 2030 because it’s too hot to work for part of each day. (By 2050, as many as 30% of all daylight hours could be too hot for work.)

They also looked at “livability,” or the risk of killer “wet bulb” temperatures that pass the threshold for human survivability. In some areas, there will be roughly a 5% annual chance of lethal heat waves by 2030, which might sound small, but means that over the decade, someone in the area has a 40% probability of experiencing this type of heat. “Today, there’s nowhere on Earth that experiences those conditions,” says Pinner. The majority of the people in the affected part of India won’t own air conditioners.

Some parts of India are taking steps to adapt, including building cooling shelters and creating early warning systems. But the changes will likely have to go further, and the country will also need to adapt to other challenges, including water shortages. In the rest of the world, everyone else will also need to prepare for the specific risks they face, incorporating the impacts of climate change into the decisions they make now as they also take steps to cut emissions.

There’s enough information now to make that possible, says Krishnan. “I think we now have the tools and capabilities to start to understand these risks and quantify them,” she says. “Yes, there are uncertainties. But I think we now have a framework to talk about climate risk . . . we have the toolkit. So it’s now about understanding the risks that you’re exposed to and taking steps to manage that.”

Can We Blame Global Warming On Sun Cycles?