The structures are called ice stupas due to their resemblance to the sacred mud structures of the region. Photo: Ice Stupa Project

In high the deserts of northern India, climate change and receding glaciers have left villages critically dry in the spring. Engineers are creating “ice stupas,” or artificial glaciers, to store fresh water during the winter that would otherwise have flown away downstream.

In the Ladakh desert region, only about 4 inches of rain and snow falls annually. Villages rely on glacial streams to water their crops and survive. Due to glacial recession, pollution, and changes in weather patterns, the streams slow to a trickle in April and May before the big summer runoff begins. This lack of water has made agriculture increasingly difficult to sustain.

In a very simple technique, water is siphoned from glacial streams during the cold winter months and sprayed into the air where it freezes into giant ice cones up to 50m high. The entire process is gravity fed and uses no pumps or power. As springtime arrives, melt water from the ice can by used by villagers to get through the dry months. The conical shape can store a large volume of water with minimal surface area exposed to the sun at any one time, which delays melting. A prototype in the Phey Village built by engineer Sonam Wangchuk lasted until the middle of May and provided over 40,000 gallons of water.

What’s even crazier is that villagers have been creating artificial glaciers on their own for centuries. Known as glacier grafting, chunks of glacial ice are relocated to high altitude, north facing scree slopes and placed into small man made caves. Water, salt, sawdust, wheat husks and charcoal are also used. Ideal sites are subject to large amounts of snow and large avalanches, which help with the formation of new ice. The process is extremely labor intensive and location dependent, but helped spark the idea for the ice stupas.

Since the initial prototype dozens more ice stupas have been built in India, Switzerland, and Peru. They’re also being used to mitigate flash floods and regrow glaciers. Glacial meltwater lakes damned by unstable loose soil and debris pose a huge threat to downstream communities. Sonam Wangchuk and his team have used their ice stupa concept to drain such lakes and turn the water into new glaciers. Pretty cool!

The project is funded primarily by donations and is looking to expand worldwide. 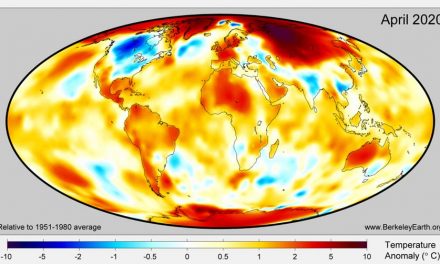