The EAT-Lancet Commission, a collaboration between 37 experts from 16 countries, examines five major Earth systems and the health outcomes associated with various diets.

Bringing together 19 Commissioners and 18 coauthors from 16 different countries, the EAT-Lancet Commission examines the idea that today’s global food systems may threaten both public health and sustainability. Research from a variety of fields has been edging toward this conclusion over the past several years. To concretely address these issues, the Commission proposes a universal reference diet that would result in significant health benefits while ensuring that global food systems operate within sustainable boundaries for five crucial Earth systems: climate change, biodiversity loss, freshwater use, nitrogen and phosphorus cycles, and land use change.

The EAT-Lancet report begins by sharing a few important observations to guide readers in interpreting the work. First, the study is based on an assumed population of 10 billion people in 2050, though it seems likely that the global population will not stop growing there. Indeed, the authors expect the human population to hit 11 billion by 2100 unless population growth slows. Second, the suggested scale of change for the food system is enormous, but particular changes will vary greatly by region and culture.. Third, the study focuses just on the two endpoints of the food system: production and consumption. In addition, It focuses only on health and environmental impacts, even though food systems deeply influence many other factors, such as culture, animal welfare, and the economy. Among these disclaimers, the authors note that the report is only a recommendation; it is not binding, and cannot offer specific, guaranteed solutions to the problems it identifies.

With these caveats in mind, the report goes on to describe the proposed reference diet in detail. The diet aims to achieve health characterized not just by an absence of disease, but by complete physical, mental, and social well-being. It is based on daily consumption of 2,500 calories and strongly urges a shift toward plant-based foods.

The negative effects associated with consuming red meat are particularly well-documented, leading the authors to suggest that consumption of these products should be extremely restricted or eliminated. In general, both poor health and poor sustainability practices seem to result from diets that include high amounts of calories, added sugars, saturated fats, processed foods, and red meats. The report concludes that there is strong evidence that protein should mostly be sourced from plants, with fish or an alternative Omega-3 source being consumed a few times a week.

Optionally, they suggest a restricted consumption of poultry and egg products, but there should be low-to-no consumption of red meats. Fat likely does not need to be highly restricted, as long as most fat would be consumed through unsaturated plant sources. Under this diet, carbohydrates should come from high-quality whole grains, as opposed to refined or starchy carbohydrates, and less than 5 percent of calories should come from added sugars. With the accompanying higher consumption of quality grains, fruits, vegetables, nuts, and legumes, people should have much better intake of nutrients and micronutrients, with the notable exception of B12 and riboflavin, which may need to be consumed as supplements.

Following their deep dive into nutrition and the reference diet, EAT-Lancet closely examines the environmental impacts of the global food system by looking in turn at five Earth systems.

The first of these is climate change. Unfortunately, the pace and scale of the environmental effects of climate change have risen rapidly over the past five decades, as humans have driven a significant increase in greenhouse gas emissions. In order to control these effects, the report concludes that humans will need to sharply curb anthropogenic emissions of methane and nitrous oxides, in addition to lowering reliance on activities with a large carbon footprint. The study suggests that staying within a sustainable boundary for greenhouse gas emissions will require us to discontinue clearing land, and to eliminate emissions associated with energy use in the food supply chain. This could be accomplished by transitioning to clean energy for things like transportation and storage of food.

The second system that the study examines is water consumption. Currently, almost three-quarters of global water withdrawals are used for irrigation, and water consumption associated with food production has doubled over the last fifty years. Unfortunately, the authors conclude that agriculture necessarily consumes a high proportion of global water resources in a way that removes the water from flow, given the need to grow plants for food. As a result, reductions in water consumption most likely need to be made in other areas.

EAT-Lancet next considers nitrogen and phosphorus cycles. Given the nature and volume of modern agriculture, humans must rely on fertilizers for plant growth. However, the use of nitrogen and phosphorus fertilizers must become much more efficient to minimize damage to ecosystems, biodiversity, and groundwater that can occur as a result of fertilizer overuse. Phosphorus is not a renewable resource, and supply may dwindle in fifty to one hundred years if we are not conservative in our application of the nutrient.

The next system, biodiversity, is crucial to activities like pollination and pest control, and thereby human survival. Unfortunately, habitat loss is driving increased rates of extinction: the numbers of insects and farmland birds have decreased significantly over the past few decades. The study concludes that there is a very low degree of certainty about how much biodiversity loss the planet can tolerate and still function sustainably, so it is important to preserve as much intact habitat as possible and discontinue clearing land for agricultural purposes entirely.

This conclusion ties into the final system examined by the study: land use change. According to EAT-Lancet, only about 51% of the Earth’s land can be considered to be an “intact ecosystem,” and a small portion of that is protected habitat. In order to achieve the goals set by the Paris Climate Agreement, agricultural expansion into forests and other natural areas should be stopped entirely. Indeed, the authors draw upon Half-Earth Strategy research to suggest that if we conserve 50% of the land on Earth as intact ecosystems, we may be able to preserve 80% of pre-industrial species and remain within sustainable boundaries for land use.

In summary, the massive study advises that we will need to largely decarbonize our energy systems, dramatically improve the efficiency of fertilizer use, urgently stop further biodiversity loss, stop expanding agricultural land and regenerate degraded areas, adopt a Half-Earth strategy, halve the current levels of food loss and waste, and intensify food production in a sustainable manner.

In order to achieve these changes and feed a global population of 10 billion people by 2050, humans will need to shift to a largely plant-based diet, as plant foods have lower greenhouse gas emissions and lower water and land use requirements. Furthermore, many of the sustainability problems associated with animal products are inherent and cannot be addressed through increased efficiencies in other areas. That said, the study did not consider the consumption of alternatives such as lab-grown meat, because the authors chose to focus on existing, scalable technology.

EAT-Lancet closes by acknowledging that the scale of change required to meet its recommendations is enormous. It will require extensive political effort, significant resources, and hard work, as well as partnerships between international governments, societies, and businesses. These partnerships will rely on shared visions and values, including five that the authors propose in particular.

First, we need national and international commitments to shift toward healthier diets, though these diets and changes will look different from region to region. Second, agricultural production needs to focus on diverse, healthy, and nutrient-dense crops, rather than high quantities of less-healthy foods. Third, food production needs to intensify, but it needs to do so sustainably. This means using fertilizers appropriately, and adjusting other farming practices as needed to stay within the safe boundaries of various Earth systems. Fourth, international governments need to work together to regulate land and ocean use, in order to prevent overfishing and land-degrading activities. Finally, food waste and losses need to be halved, which will require infrastructure improvements in lower income countries and more sustainable practices by individuals in higher income countries.

To support these changes, policy spending and data collection will likely need to increase significantly, and it’s possible that new oversight bodies will be necessary. The authors conclude that it will certainly be difficult and complicated, but that fast and widespread action is absolutely critical in order to stay within safe operating boundaries of the examined Earth systems while providing improvements on human health and longevity. 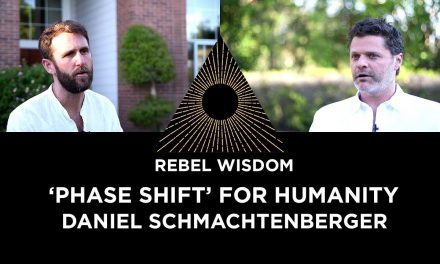