Each month, Citizens’ Climate Lobby hosts an online meeting featuring a guest speaker to educate listeners on topics related to climate change, carbon fee and dividend, and the Energy Innovation and Carbon Dividend Act. Check out recaps of past speakers here.

Climate change is such a pervasive issue because it touches so many parts of our lives: from our homes, to our health, to our jobs. For many people, their faith is woven throughout their lives as well. Interfaith Power & Light (IPL), led by president Reverend Susan Hendershot, does important work connecting these two areas. With their mission “to be faithful stewards of Creation by responding to global warming through the promotion of energy conservation, energy efficiency, and renewable energy,” Interfaith Power & Light makes the connection between climate action and faith and develops climate leaders in their communities. Rev. Hendershot joined Citizens’ Climate Lobby’s April national meeting to share more about the connection between faith and climate and Interfaith Power & Light’s work.

Rev. Susan Hendershot has always been dedicated to helping people. First she worked as a pastor. Then, she began working with RESULTS in Des Moines on the issue of hunger. Hendershot said that she was aware of the issue of climate change, but felt drawn to work on hunger because it seemed more immediate.

That changed when she learned about how climate change will exacerbate issues related to hunger. She said, “I read an article on the geopolitics of food that really helped me connect the dots between crop losses that were due to drought and wildfire that were fueled by climate change, resulting food shortages, and then the rise of conflict that was connected to that.”

She  soon realized, “If I wanted to really make progress on the issue of hunger, I needed to work on climate change.” The more she learned, the more dedicated she became to solving the climate crisis not only to avoid the worst effects of food shortages, to but to help protect her grandchildren from the major crises it could cause in their lifetime. Rev. Hendershot began working with IPL as their Iowa State Director before becoming the president of the national organization. In her words, IPL’s mission is “really about inspiring and mobilizing people of faith and conscience to take bold and just action on climate change.”

Interfaith Power & Light works on a variety of programs with places of worship to help connect people of faith to climate action. Rev. Hendershot shared a sample of their programs:

Interfaith Power & Light provides opportunities for places of worship to reduce their carbon footprint and adopt more sustainable practices, but ultimately hopes to use small steps as a chance to connect people of faith to the big picture of climate policy. By introducing congregations to small steps that they can take in their facilities, they open the door to the broader issue of climate and how their community can take more steps to help.

Rev. Hendershot said, “We hope that you’re not just going to change your lightbulb, but ultimately we hope that you’re also going to get involved with advocacy.” For example, after a Cool Congregations workshop, not only does IPL ask them to pledge a reduction and outline what steps they will take to meet it, but they present about the connection between their actions and climate change and follow up with invitations to events and action alerts.

IPL “works people up the ladder of engagement” by asking people powerful questions like “What does my faith have to say about caring for creation?” By deliberating over questions like these across their whole organization, IPL developed a set of “Faith Principles” to determine which pieces of federal legislation they supported. These Faith Principles are bipartisan and include important ethical concerns like including a just transition for workers, not leaving impacted communities behind, and supporting policies grounded in science. Following these Faith Principles, IPL has helped their members play an important role in local and federal legislation from their involvement in 100% clean energy plans in states like California and New Mexico, to their work on EPA rules and fuel efficiency standards.

Reverend Susan Hendershot and Interfaith Power & Light have demonstrated an important and inspirational framework for engaging faith communities on the issue of climate change. As their Faith Principles state, climate change presents a “profound moral opportunity,” and IPL’s leadership is making “bold and hopeful action” more likely every day.

To hear more from Reverend Susan Hendershot including some Q&A with CCL volunteers, watch the entire April meeting on YouTube or listen to the podcast. Follow Interfaith Power & Light on Twitter at @interfaithpower. 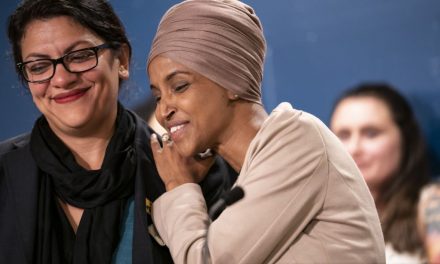