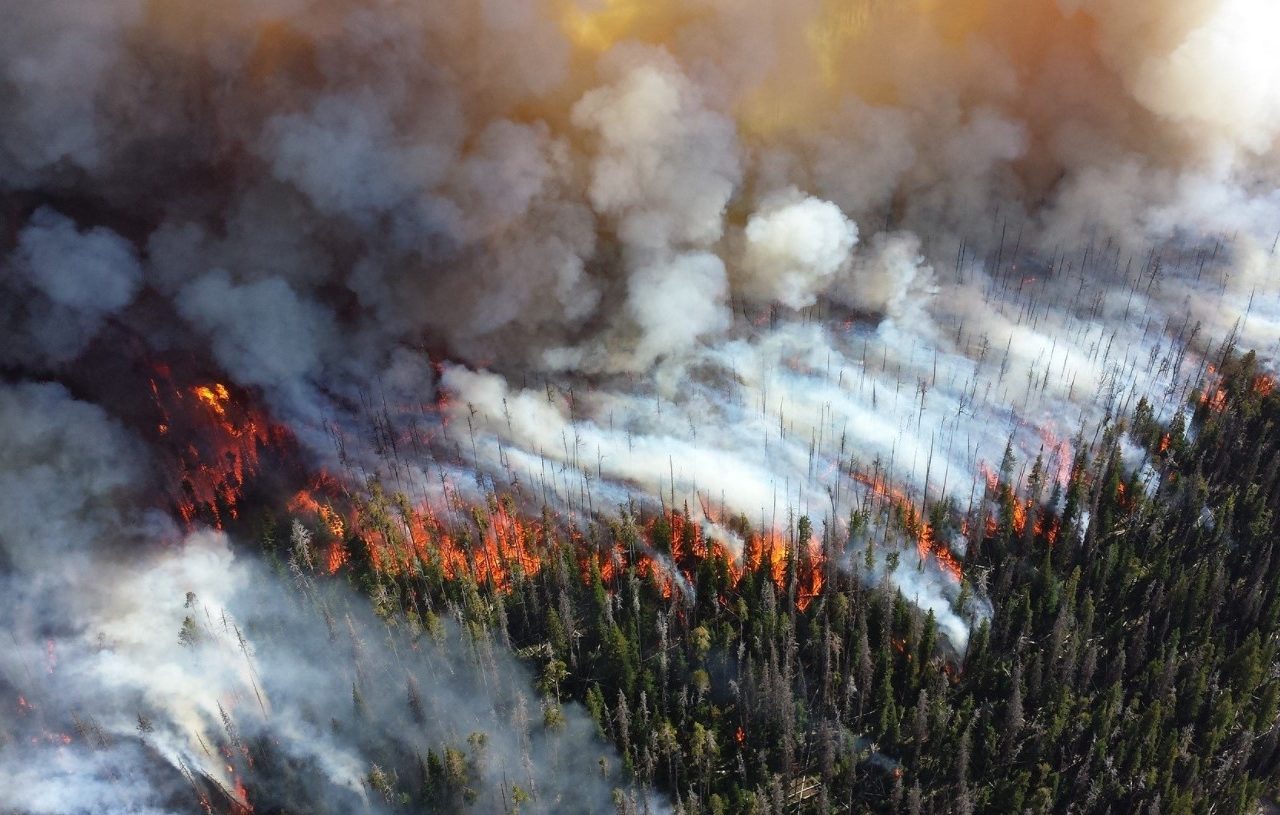 Global warming in Siberia is on a hot streak! It was +6°C last year. In like manner, if the entire planet hit +6°C above pre-industrial, it would be lights out, life snuffed out, sayonara.

Meanwhile, the Siberian hot streak theoretically threatens the entire planet with methane induced runaway global warming, the dreaded monster of the North that takes no prisoners. As it’s happening now, in real time today, Siberia is demonstrating the impact of deadly serious climate reactions to too much heat, too soon. This fiasco cannot be dismissed or ignored. It should be at the top of the agenda for COP26 in Glasgow this coming November.

Moreover, it should also be at the top of the agenda for every leader of every country that attends COP26, or does not attend. The underlying message is straightforward and simple: Clean up the fossil fuel death warrant or risk a red-hot planet with concomitant premature deaths of complex life at lower latitudes by the bucketful. And, that’s just for starters.

After all, already at only 1.2°C above baseline for the planet, where we are today, the Wet Bulb Temperature effect has been detected at the UAE and in Pakistan, accordingly, at 95°F and 90% humidity a person seated under a shade tree with a bottle of water will die in approximately 6 hours, as organs shut down because the body cannot shed heat at that combination of heat/humidity.

Now, Siberia is presenting the world with a new problem. There’s a new methane kid on the block. Inordinate levels of methane in Siberia were traced to hydrocarbon reservoir rocks, not wetlands, not permafrost, not microbial methane. This ancient methane is stored in carbonates. This is not good news. It is horrible news. (Source: Nikolaus Froitzheim, et al, Methane Release from Carbonate Rock Formations in the Siberian Permafrost Area During and After the 2020 Heat Wave, Proceedings of the National Academy of Sciences, August 10, 2021)

The aforementioned study of a previously unexplored region in Siberia discovered large quantities of methane released from exposed limestone in the Yenisey-Khatanga Basin, which is a few hundred miles north of the Arctic Circle, one of the coldest regions of the planet, until recently, hmm.

According to the lead author of the methane study, Nikolaus Froitzheim, a geoscientist at the University of Bonn: “Interpreting this data correctly ‘may make the difference between catastrophe and apocalypse’ as the climate crisis worsens,” Ibid.

Those two alternatives as mentioned by Dr. Froitzheim do not leave much room for error.

Scientists were surprised by the discovery, as stated by Dr. Froitzheim: “We would have expected elevated methane in areas in wetlands… But these were not over wetlands but on limestone outcrops. There is very little soil in these. It was really a surprising signal from hard rock, not wetlands,” Ibid.

According to the Smithsonian article, methane in the Far North is very rambunctious, to say the least, and very dangerous for numerous reasons that could impact the entire planet. In fact, along similar lines, the Climate Crisis Advisory Group/UK is calling for a “Global State of Emergency.” Sir David King chairs the Climate Crisis Advisory Group with an advisory team at Cambridge University.

A Moscow Times article “Rapid Arctic Warming Is Accelerating Permafrost Collapse in Siberia, New Report Warns,” (Sept. 7, 2021) goes on to explain that Arctic temperatures are now 3.5°C above pre-industrial while the planet in general is 1.2°C above that baseline. Furthermore, “Scientists have been shocked that the warm weather conducive to permafrost thawing is occurring roughly 70 years ahead of model projections.”

Meaning, certain aspects of climate change are already at the year 2090 when compared to climate models. Does this mean that climate science and policymakers for major countries are behind the eight ball, by a lot, really by a lot? Answer: Yes, it does!

Of particular interest and of more than passing concern, the Moscow Times article claims the nuclear facility Bilibino Nuclear Power Plant, as well as numerous hydro dams around Magadan (far northeastern Russia) are threatened with collapse because of cascading permafrost. It should be noted that Russia is home to 10% of the world’s hydro resources, mostly in Siberia.

Furthermore, according to a terrifying article in The Barents Observer: “The Looming Arctic Collapse: More Than 40% of Northern Russian Buildings are Starting to Crumble” d/d June 28, 2021, up to 30% of Russia’s oil and gas production facilities are not operable now because of the collapse of infrastructure (thank god for small favors). That same article quotes Dmitry Drozdev, Head of the Russian Cryosphere Institute: “This process is irreversible, and it is impossible to stop it.”

Does anybody anywhere on the planet doubt the importance of COP26 getting it right?