Burned-out Forests Are Not Re-Growing 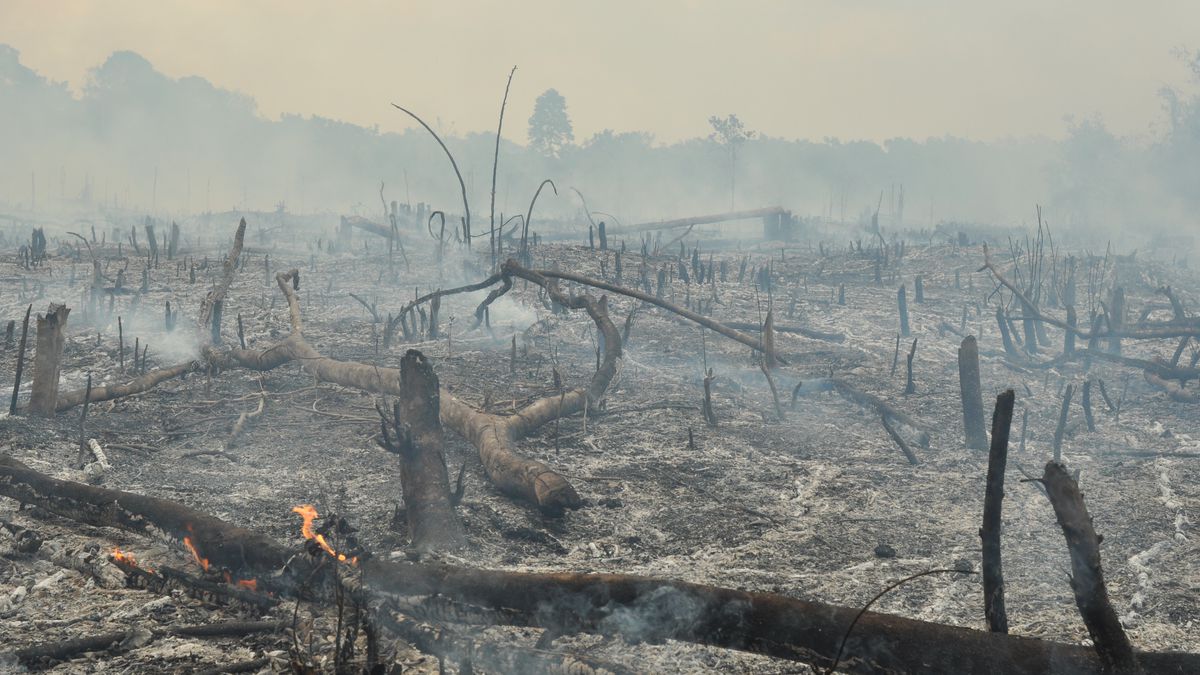 This article will examine the science behind failure of trees to regrow in burned-out forests. Additionally, and as a collateral issue, this puts one more distorted face on the consequential impact of the multi-billion dollar business called “woody biomass,” which burns trees in place of coal to meet carbon-neutral protocols.

As a consequence, between the twin impacts of burned-out forests failing to regrow and woody biomass chopping down mature trees that are strong carbon sinks replaced by frail seedlings, one has to wonder about nature’s “carbon sink” capacity. Is it shrinking just when it’s needed like never before?

Woody biomass is as bad, if not worse, as burning coal. (See The Woody Biomass Blunder)

Regarding the effectiveness of CO2 uptake by commercial tree plantations used to produce wood chips for sale in the international woody biomass market: “Single-tree commercial crop plantations may meet the technical definition of a ‘forest’ – a certain concentration of trees in a given area- but factor in land clearing to plant the crop and frequent harvesting of the trees, and such plantations can actually release more carbon than they sequester,” Simon Lewis, forest ecologist/University College London (Source: Why Planting Tons of Trees Isn’t Enough to Solve Climate Change, Science News, July 9, 2021)

There are several studies and outspoken scientists’ statements about woody biomass emitting more CO2 than burning coal. Yet, in order to meet carbon-neutral standards, 60% of EU renewable energy is from wood chips. Somebody at the EU is cuckoo.

A University of Colorado/Boulder study shows that when forests burn across significant portions of the Rocky Mountains, the forests do not regrow, even after 15 years post-fire, 80% of the surveyed plots contained no new trees. (Source: Lisa Marshall, Forests Scorched by Wildfire Unlikely to Recover, May Convert to Grasslands, CU Boulder Today, August 25, 2020)

The study looked at 22 separate burned-out areas from southern Wyoming thru central/western Colorado to northern New Mexico. The study included regions that had burned as long ago as 1988, including land ravaged by the 2002 Hayman Fire near Colorado Springs; the 1996 Buffalo Creek Fire southwest of Denver; the 2000 Eldorado Springs and Walker Ranch fires near Boulder; and the 2002 Missionary Ridge fire outside of Durango.

“This study and others clearly show that the resilience of our forests to fire has declined significantly under warmer, drier conditions,” coauthor Tom Veblen, professor of geography, CU Boulder, Ibid.

Global warming has contributed to a doubling of the number of acres burned annually across the country since the 1990s.

Increasing global temperature wipes out seedlings, especially in the US West where summer temperatures have increased so much that young trees do not have a chance to develop thick protective bark, and failure of regrowth in dry conditions finds seedlings shriveling before roots can grow deep enough to reach groundwater.

Anthropogenic global warming is inhibiting and/or destroying one of nature’s biggest, and best, solutions for combating CO2 emissions. And, even worse yet, humans are chopping down trees to burn for energy, thereby releasing years and years of stored CO2 from the trees into the atmosphere.

According to Bill Anderegg, a forest researcher at the University of Utah: “Global warming has pushed many of the world’s forests to a knife edge… in the West, you can’t drive on a mountain highway without seeing how global warming affects forests,” Ibid.

Giant Sequoias, the Grand Daddy of the world’s trees are “dying from the top down.” This has never been documented before. According to Christy Brigham, chief of resource management for national parks: “We’ve never observed this before.” (Source: Craig Welch, The Grand Old Trees of the World are Dying, Leaving Forests Younger and Shorter, National Geographic, May 28, 2020)

According to the National Geographic article: The loss of Giant Sequoias is but one example of a worrisome worldwide trend: “Trees in forests are dying at increasingly high rates, especially the bigger, older trees,” Ibid.

The numbers are staggering: From 1900 to 2015, the world lost more than a third of its old-growth forests. Ever since, the numbers are accelerating. The causes are mostly anthropogenic, meaning logging and land-clearing, plus fossil fuel emissions that bring forth rising global temperatures significantly magnifying the rate of dying, as droughts extend longer and harsher, resulting in extremely brittle tinder, leading to massive wildfires. The upshot is a world on fire like never before as dead trees burn quickly and easily.

According to Henrik Hartmann of Germany’s Max Planck Institute for Biogeochemistry, in central Europe: “You don’t have to look for dead trees… They’re everywhere,” Ibid.

Africa and South America are likewise feeling the brunt of massive tree deaths. Global warming has brought drought conditions that are severe, repeating within ever-shorter time sequences that don’t give nature enough time to revive, to regrow, to survive.

Recent Siberian fires have been Biblical in scale and intensity. A June 2020 article in SciTechDaily headlined: “Meteorologists Shocked as Heat and Fire Scorches Siberia.” One half of the massive fires are peatlands, which, once started can burn almost forever if the heat is intense enough, which it was/is, emitting both CO2 and CH4.

The CO2 Cycle at Work

The curse of CO2 blanketing the atmosphere and trapping heat, as the planet gets ever-hotter, is that it causes the atmosphere to suck excessive levels of moisture, which causes trees to shed leaves and/or close pores to hold in as much moisture as possible. This, in turn, curtails CO2 uptake. It’s a vicious cycle that impedes the carbon uptake cycle that’s key to maintaining an ecological balance for the planet.

In the final analysis, “Forests are our last, best natural defense against global warming. Without the world’s trees at peak physical condition, the rest of us don’t stand a chance.” (Eric Holthaus, Up in Smoke, Grist, March 8, 2018)