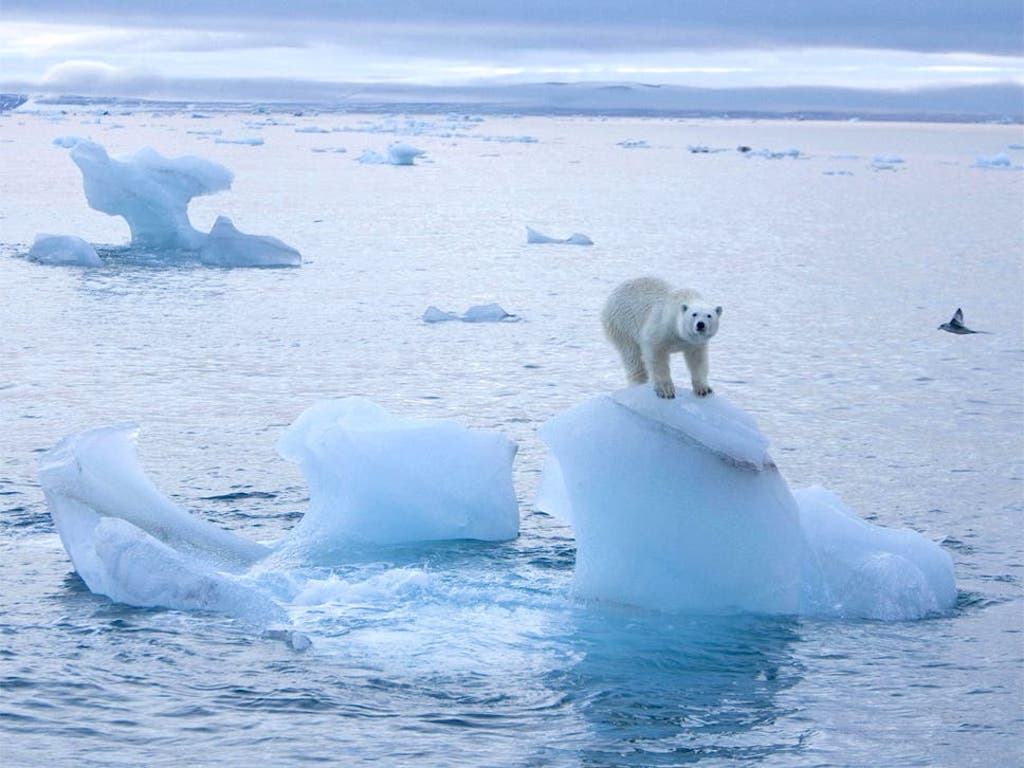 But wait, the worst is yet to come. It’s guaranteed, as future heat is already locked and loaded into the vast climate system. It’s the inertia bugaboo. Today, we’re living with yesteryear’s carbon emissions from the turn of the century. Meantime, the next decade and a half of planetary heat is already baked into the cake no matter what is done to mitigate emissions.

According to the aforementioned study, even if emission reduction started tomorrow, in earnest, like 5% per year, its impact on global warming would not show up before 2035. Which is climate change inertia. The planet is big. It takes time to process, a very long time.

And, the melting is getting out of hand. After all, it’s not a secret that the Arctic Circle is loaded, really loaded big time, with frozen carbon just itching to release into the upper atmosphere.

And, we now know it’ll only get worse because of the Samset study. We know future heat is already baked into the climate system no matter what we do today; thus, immediate efforts to mitigate a much, much worse scenario down the road are all the more compelling, assuming there is still time to do something, for example, a Super-Big Fixit (any chance?)

Layered on top of the big heat stroke complicating the issue of what to do about the ruthless anthropogenic heat machine, the USA is confronted by an ongoing Hobbesian Nightmare that hogties cultural/political/societal initiatives to do something constructive to stop the inevitable.

In reality, when the coldest spot of Earth hits 100°F, as happened in the Arctic only days ago amidst blasting heat that is roasting permafrost filled with gigatons of frozen carbon held over for millennia (which incidentally covers 25% of the Northern Hemisphere, Ouch!) the message is loud and clear “we’re fast approaching an insurmountable problem.”

Meaning wretched news is topped off by awful news for a host of reasons including the totality of errors, missteps, and failures within an embarrassingly lackadaisical effort to fix climate-related issues by scientists and politicians and bureaucrats that society depends upon to warn and guide society thru challenging, life-threatening issues. It’s simply not on the agenda in a big enough way.

For example, name one major climate mitigation solution that’s actually working to mitigate destructive climate change. Time’s up: Not one comes close to doing the job.

Of course, little efforts like installations of renewable energy solar, wind, and unfortunately biomass are tiptoeing thru the tulips (by the way, woody biomass, the largest component of biomass, emits more CO2 than does coal). After decades, renewables count for less than 15% of energy production (excluding hydro); and frankly woody biomass does not count at all and should discount the 15% figure, as it emits more CO2 than does coal. Stop Woody Biomass!

Proof of abject failure to mitigate emissions is found in the numbers as CO2 and global heat crank up.

According to Scripps Institution of Oceanography, The Scripps CO2 Program: CO2 was 415.13 ppm on July 5, 2020 versus 413.11 ppm on July 5, 2019. The annual change in CO2 emissions has doubled since the start of the new century.  It has not gone down, it has doubled in a little over a decade! That’s geological rocket speed.

Greenhouse gases like carbon dioxide (CO2) and methane (CH4) and nitrous oxide (N2O) are the fuel behind the buildup of inertia in the climate system. Since CO2 accounts for 85% of greenhouse gases, it is used generically to reference greenhouse gas emissions of all stripes.

Very few voices in the world speak directly to the heart of the global heating problem, which is a failure to act in unison to mitigate emissions across the globe. Seventeen-year-old Greta Thunberg is one of the strongest voices: “How dare you” speech to the IPCC Paris crowd and at the World Economic Forum in Davos: “I don’t want y0u to be hopeful. I want you to panic!”

Yes, mounting evidence of a deepening crisis, by the year, indicates that panic is a proper course of action. People should panic and scream and bite and kick and fill the streets because nothing else seems to work. Pussyfooting around is for weaklings. It hasn’t worked.

Global heating is not waiting around to see whether humans decide to inhibit greenhouse gases, for the first time ever. The Northern Hemisphere, where 25% is covered with frozen carbon-rich permafrost, has turned into an oven. Global heating is in its sweet spot. The consequences are too far-reaching to cover in a short article like this. Truthfully, nobody knows for sure the exact consequences, other than real bad, real destructive, and really happening.

It’s an impending “too hot for comfort” tsunami.

But, there’s a bigger problem at stake as modern-day society lives on “Speed” and expects results yesterday, instantaneously. All of which exposes one of the critical components hindering the Big Fixit, meaning a system that evolves too deliberately, too slowly to sink into attention spans long enough to produce positive results. Greta seems to understand this so she drills home the issue. She screams at adults.

Why scream at adults?

She’s studied the impact of excessive levels of CO2 (James Hansen, the world famous climate scientist, says anything over 350 ppm is trouble…hmm). At only 17 years of age, she’ll experience the impact of climate change inertia. It’s 100% guaranteed!

But come to think about it, if Earth is melting now, what then?