The Mississippi River watershed drains 1.245 million square miles, including all or parts of 32 U.S. states and 2 Canadian provinces. The map illustrates how runoff from farms (green areas) and cities (red areas) drains into the Mississippi, delivering nutrients into the Gulf of Mexico and fueling the annual hypoxic zone. Credit: NOAA.

NPR’s Lulu Garcia-Navarro speaks with marine ecologist Nancy Rabalais about the expanding dead zone that is likely to appear in the Gulf of Mexico because of record Midwest rains.

Bad news is flowing towards the Gulf of Mexico. The catastrophic rains that have pummeled the Midwest this spring are flooding streams and rivers with farm runoff, fertilizers and sewage runoff that will soon hit the Gulf, greatly expanding the dead zone in the fishing grounds there. Scientists say that about 8,000 square miles of the Gulf will be affected, driving away crab, shrimp and fish as the water loses its oxygen. Marine ecologist Nancy Rabalais of Louisiana State University has been studying the Gulf waters since 1985, and she joins us now on the line.

Welcome to the program.

NANCY RABALAIS: Hello, Lulu. Thank you for having me.

GARCIA-NAVARRO: So as I understand it, a dead zone appears in the Gulf every summer because of farm runoff. But this one could be a record-breaker.

RABALAIS: That’s correct. We had a lot of fresh water in February and March. It went down for a while, and now it’s back up to all-time record highs. And it’s going to bring a lot of nitrogen into the Gulf of Mexico this summer.

GARCIA-NAVARRO: And so we’ve mentioned that shrimp and fish are driven away when this happens. But the pollutants also affect what lives in the sediment of the Gulf, right?

RABALAIS: That’s right. There are things that cannot swim away, like worms, snails, starfish. And they can’t escape. So they will eventually die off.

GARCIA-NAVARRO: And what does that mean for the ecosystem there?

RABALAIS: That’s particularly – nobody really cares about worms. (Laughter). I do, but these animals support the base of the food web for the fish and shrimp and crabs that feed on the bottom. So even after the low oxygen is not a problem anymore, there still is not a good food base for these organisms.

GARCIA-NAVARRO: So do the shrimp and fish return once the worst is over?

RABALAIS: Right, they – they will come back into the area because the reason they leave is the oxygen is just too low.

GARCIA-NAVARRO: And how long does this last normally?

RABALAIS: Well, the area of low oxygen that’s pretty widespread is predominant in June, July, August and sometimes into September. So it’s a – it’s a long-lived phenomenon. And it’s severe. And it affects a large area of the Gulf of Mexico.

GARCIA-NAVARRO: And I imagine it has economic implications for the fishermen and consumers.

RABALAIS: Yes, it does, especially for the shrimp fishery. The small shrimp are moving out of the estuaries and trying to go offshore right now. And they’re pretty much hugging the coast because there is a large, low-oxygen water mass. And they can’t move further offshore to grow to a larger size. So the shrimpers know they can catch lots of small shrimp inshore. But those don’t bring a very good price.

And to get to further offshore, they need to spend more money on diesel and fuel and ice and food to catch the larger shrimp, which aren’t going to be as plentiful. And with foreign imports competing for Gulf natural shrimp, sometimes there’s not a good return on the larger shrimp as well.

GARCIA-NAVARRO: Is there any way to prevent these events from happening?

RABALAIS: The answer is well upstream, and it includes stopping or mitigating the nitrogen that’s getting into the Mississippi River. And there are all kinds of improved agricultural practices that can be applied. But if we do start taking small steps and people start adopting better practices, we can make a difference.

GARCIA-NAVARRO: Marine ecologist Nancy Rabalais, thank you so much for speaking with us.

RABALAIS: Thank you for your interest. 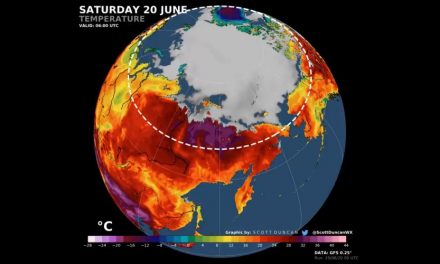