Polar Warning: Even Antarctica’s Coldest Region Is Starting to Melt

East Antarctica is the coldest spot on earth, long thought to be untouched by warming. But now the glaciers and ice shelves in this frigid region are showing signs of melting, a development that portends dramatic rises in sea levels this century and beyond.

No place on Earth is colder than East Antarctica. Home to the South Pole and making up two-thirds of the southernmost continent, the vast ice sheets of East Antarctica — formed over tens of millions of years — are nearly three miles thick in places. The temperature commonly hovers around -67 degrees Fahrenheit (-55 degrees Celsius); in 2010, some spots on East Antarctica’s polar plateau plunged to a record-breaking -144 degrees F.

Now, however, parts of the East Antarctic are melting.

Research into what’s happening in East Antarctica is still in its early stages. It’s hard to decipher what exactly is taking place on a gigantic continent of ice with just a few decades of satellite data and limited actual measurements of things like snowfall and ocean temperatures. But according to one controversial paper released earlier this year, East Antarctica is now, in fact, shrinking, and is already responsible for 20 percent of the continent’s ice loss.

For decades, researchers considered this portion of the continent to be stable. While warming sea and air temperatures have caused ice shelves and glaciers in the lower-altitude, warmer western regions of the Antarctic to melt and collapse, the larger, colder East had seemed an untouchable behemoth. If anything, climate change was expected to bring more snow to its interior, making its ice sheets grow in size.

The Antarctic contains about 90 percent of the planet’s ice, enough to raise global sea levels 200 feet.

But that picture is starting to change. Scientists are seeing worrying signs of ice loss in the East Antarctic. Glaciers are starting to move more quickly, dumping their ice into the Southern Ocean; in satellite images, depictions of the fast-moving ice light up in red, like a panic sign. The biggest and most obvious, the Totten Glacier, alone contains enough ice to raise global sea levels by 12.6 feet. “That’s the big red bullseye,” says Ted Scambos, a glaciologist at Colorado’s National Snow and Ice Data Center. The most recent data shows that Totten isn’t alone.

A melting East Antarctic is deeply worrying. The Antarctic as a whole contains about 90 percent of the planet’s ice — enough in theory to raise global sea levels an average of roughly 200 feet should it all melt. The eastern half is the big player in this game: it holds 10 times more ice than the West — enough, on its own, to raise sea levels by 170 feet. The full force of a melting Antarctic might not be felt for many thousands of years, but the continent could add a foot to sea level by 2100, says University of Massachusetts, Amherst geoscientist Robert DeConto, and possibly more than 3 feet by the mid-22nd century. Combined with melting mountain glaciers, the thawing Greenland Ice Sheet, and the expansion of water as it gets warmer, global sea levels could rise as much as 6 feet by the end of this century, swamping low-lying islands as well as large sections of coastline in places like Florida. […]

Contemplating the future of the ice-bound continent, Stokes uses this analogy: If the Antarctic were to walk into an emergency room clinic, West Antarctica would be the guy having a heart attack, and East Antarctica would be the drunk in the corner: The patient doesn’t seem to be in urgent trouble now, but that could change in an instant. “It’s tempting to ignore it,” says Stokes, “but you have to keep checking in.” 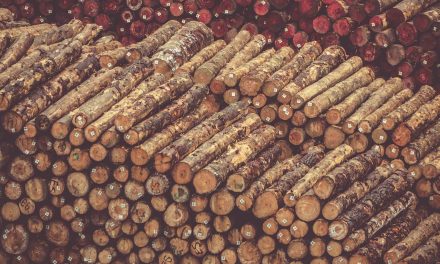