Hazel Healy sketches out a radical scenario of carbon cold-turkey.

In October 2018 the Intergovernmental Panel on Climate Change (IPCC) issued a stark warning: enact urgent measures to limit global warming within the next 12 years or irrevocably deplete the ecosystems that sustain human life on Earth.

By way of remedy, the IPCC recommends that we reduce carbon dioxide (CO2) and other greenhouse gas emissions (GHG) to ‘net zero’ by 2050.[1]  This trajectory would give us a chance to limit warming to a maximum of 1.5 degrees Celsius – too hot for the coral reefs, due to be 90 per cent wiped out at that temperature and no defence against the accelerating impacts such as extreme wildfires, heat waves and hurricanes, which are already upon us.  Yet in December, news landed that after a period of levelling out, carbon emissions were set to rise steeply in 2018.

Perhaps a more vertiginous transition would help focus the mind of world leaders: what if we aimed to cut absolute carbon emissions to zero by 2025? No-one knows if it’s possible – let alone at this rate – but it’s instructive to imagine how such a scenario would play out.

Assuming the world pumped out about 42 billion tonnes (or ‘gigatonnes/Gts’) of CO2 in 2018, we would have to cut out 6Gt every year – roughly equivalent to the entire US emissions in 2009 – to hit zero by 2025. There are only two ways to go about this: ramping up clean energy generation via renewable power, while simultaneously massively reducing the energy we use.

Under a zero-carbon scenario, the fossil-fuelled energy sector, which generates around 80 per cent of global emissions, would be phased out fast: coal, oil, gas (including fracking) – the lot. Meanwhile, all heating and transport would have to be weaned off carbon-based fuels on to clean electricity.

With the tight timescale ruling out new nuclear reactors, the entire world’s productive effort would be channelled into a logistical feat unknown in human history: building new solar, tidal, wind and hydro generation while modifying electricity grids; and a monumental efficiency drive in homes and businesses. Zero Carbon Britain suggests building 130,000 100-metre tall wind turbines to power the UK (in an area over twice the size of Wales), while Zero Carbon Australia proposes 12 concentrating solar plants over 2,760km2 (an area the size of Kangaroo Island).

By 2025, renewables – currently supplying 10 per cent of global energy consumption – won’t come close to meeting current demand. So, our zero-carbon scenario requires the global elite (the 20 per cent of global citizens who account for 70 per cent of emissions) to cut the quickest and deepest. Setting aside climate justice concerns, concentrating on US citizens who average 16.4 tonnes CO2 per person, would bring us closer to zero a lot quicker than the people of Niger, who clock up under 0.1 tonne.

In the rich world in particular, zero carbon would usher in a period of huge social change. Energy would be stringently rationed, dedicated to survival and essential activities; we’d go to bed early and rise with the sun. Expect massive disruption in the way food is grown, processed and distributed – more turnips, fewer mangoes on the menu in the UK for starters. Globally, there would be much-reduced private car use, virtually no aviation, haulage or shipping – spelling a dramatic end to material globalization as we know it.

But energy lock-down wouldn’t last forever. After a few turbulent decades, leading energy and climate scientist Kevin Anderson suggests, by 2040 renewables may be generating up to 50 per cent of present-day energy use. Reforestation and habitat restoration will steadily suck carbon out of the atmosphere. Regenerative economies powered by sunlight, as Oxford-University based researcher Kate Raworth puts it, will improve wellbeing for everyone – society will be localized, healthier and familiar.

But how to enact change on this scale? To avoid a totalitarian, ‘eco-fascist’ dystopia, a zero-carbon plan delivered at this rate would need to be contingent on total buy-in, perhaps triggered by a sooner-than-expected suite of apocalyptic impacts such as the collapse of pollinating insects, severe typhoons and salt-water flooding.

A global governance system based on subsidiarity (think a more radical and democratized EU) would then allow each country to find their own path to zero emissions with a slew of policies: carbon taxes, tradeable citizen rations – maybe a basic universal income – held together, suggests Andrew Simms from the Rapid Transition Alliance, by ‘a social contract built on principles of fairness and equal access’.

If we imagine an acutely concertinaed transition such as the one outlined here, which brings the IPCC’s suggested target forward from 31 years to just seven, it helps us to see the scale and extent of change that’s needed. And as extreme as carbon cold-turkey may sound, it beats our current trajectory to a 3-4 degree Celsius planet. As Anderson puts it: ‘I just want the status quo – the same world, with a stable climate. What’s so radical about that?’

[1] The concept of ‘net-zero’ controversially includes so-called ‘negative emissions’, which presumes the use of technologies that take carbon dioxide from the air and lock it into underground sinks and reservoirs. 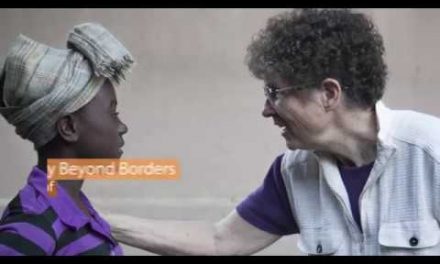