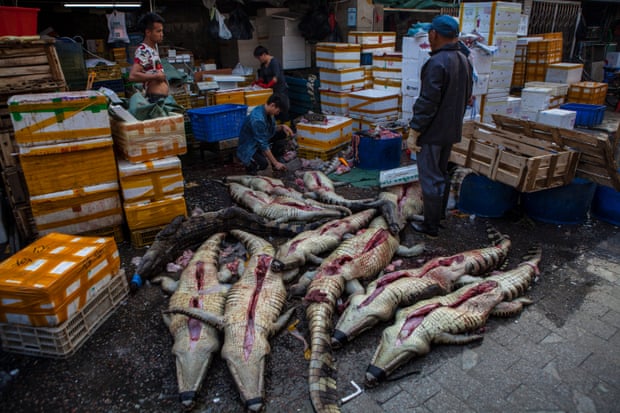 Written by Patrick Greenfield / The Guardian

The United Nations’ biodiversity chief has called for a global ban on wildlife markets – such as the one in Wuhan, China, believed to be the starting point of the coronavirus outbreak – to prevent future pandemics.

Elizabeth Maruma Mrema, the acting executive secretary of the UN Convention on Biological Diversity, said countries should move to prevent future pandemics by banning “wet markets” that sell live and dead animals for human consumption, but cautioned against unintended consequences.

China has issued a temporary ban on wildlife markets where animals such as civets, live wolf pups and pangolins are kept alive in small cages while on sale, often in filthy conditions where they incubate diseases that can then spill into human populations. Many scientists have urged Beijing to make the ban permanent.