Fishes, Sentience, And The Law

Photo by Milos Prelevic on Unsplash

Researchers provide an overview of how commercially exploited fishes are treated, highlight the suffering they experience, and propose regulatory changes to ensure higher fish welfare.

Despite recent increases in the interest towards bird and mammal protection, less attention is paid to the suffering experienced by fishes in the fishing industry. Following a logical acceptance of the fact that inflicting needless suffering is wrong, and the follow-up moral obligation not to do so, researchers from Pace University studied the current situation faced by fishes caught commercially. After all, without a morally relevant difference between aquatic and land animals, the same moral obligations should apply to fishes and other aquatic animals, too.

International efforts to preserve sustainable populations of marine species are seemingly failing, as shark populations are declining rapidly, while tuna and mackerel populations have plummeted during the last 40 years. The research group informs that these rapid decreases are a result of “overfishing,” bycatch, and the effects climate change has on marine ecosystems. Similarly, at the national level, while the U.S. has attempted to incorporate conservation considerations into fisheries management practices, nothing has been done towards protecting wild-caught fishes from inhumane treatment. Since current fishing practices do not prioritize ‘humane’ practices, increases in mortality correlate to an increase in fish suffering, too. Aquatic biodiversity studies show that if business carries on as usual, the fishes used for food could be eradicated as soon as 2048.

The reason for why fish welfare is lagging behind so much is that, for centuries, it was assumed that fishes simply could not feel pain or suffer. Hence laws, regulations, and morality excluded fishes from animal welfare standards. We do now know, however, that those assumptions were wrong. Fishes do  have central nervous systems, are biologically sophisticated, feel pain, and perceive their environments. Several recent ethological studies even attribute emotions to fishes, with certain species being used in anti-depressant testing as a consequence.

All in all, the question remains the same as in animal agriculture and other exploitative industries: should we continue to permit non-human suffering to advance commercial, economic, and personal gain? How long can domestic and international fishing practices go without incorporating pain and suffering reduction measures?

Fish welfare concerns in commercial fishing include but are not limited to:

Conservationists and environmentalists frequently use flagship species, often referred to as “charismatic megafauna,” large animal species with widespread popular appeal, to awaken human sympathies. This strategy’s effectiveness is unfortunately highly doubtful. In fact, some studies have even concluded that the “umbrella effect” theory, where people’s sympathy towards one particular species should lead to conservative benefits for other species, too, is potentially useless for protecting biodiversity. For the discussion to progress beyond the preservation of several specific marine species, the researchers suggest that the harm and suffering inflicted on fishes must move to the forefront of fisheries management priorities. Such changes must involve reevaluating current best practices – to lessen the suffering caused by fishing and, when possible, mitigating the impacts of climate change. Here, the research group highlights reforms to limit the stun-to-kill time, redesigning gillnets to eliminate suffocation and bycatch, and increased monitoring and reporting requirements for commercial fisheries.

This shift in priorities towards fish welfare must trigger corresponding changes in both international agreements and domestic regulations, in turn ensuring local enforcement. Based on this, federal and state governments should act as trustees and ensure better welfare for fishes; not because they are merely a food item, but rather because they form part of the natural world whose safety is entrusted to the state. We as animal advocates must push forward and insist on regulations protecting the wellbeing of fishes, animals who are currently being completely deprived of rights and individuality on such a massive scale. 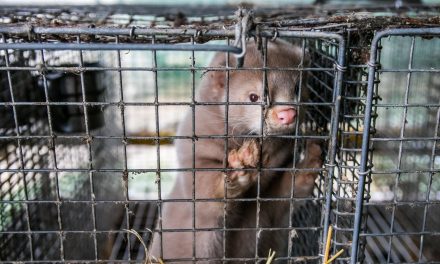