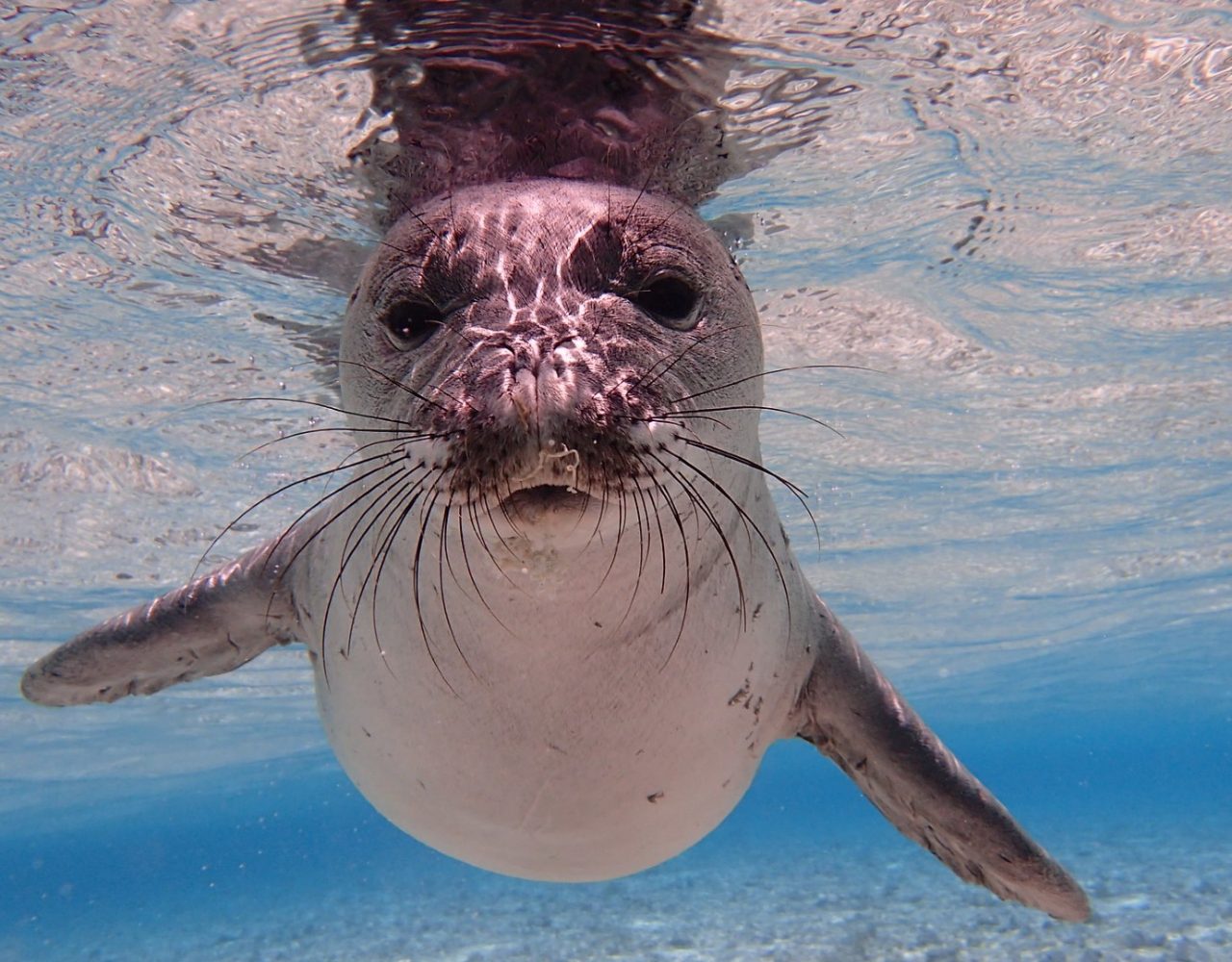 A new study took a deep dive into critical aspects of ocean life to identify the areas of the high seas most worthy of conservation effort.

The Sargasso Sea, an area of the Atlantic Ocean between the Caribbean and Bermuda, has bedeviled sailors for centuries. Its namesake — sargassum, a type of free-floating seaweed — and notoriously calm winds have “trapped” countless mariners, including the crew of Christopher Columbus’s Santa Maria.

For the past 500 years, most of the stories that have come from the Sargasso have been about stranded ships and sunken vessels. But in recent years scientists have rewritten the sea’s narrative. It’s not a life-stealing sea, but a life-giving one. The seaweed alone helps support 100 species of invertebrates, 280 species of fish and 23 species of birds.

That’s one of the reasons why a team of scientists from 13 universities and institutions included the Sargasso Sea as one of 10 biodiversity hotspots in the high seas — areas of the ocean outside of national boundaries — that their research indicates should be considered for designation as marine protected areas.

Their recommendations, published earlier this year in the journal Marine Policy, took more than a little bit of work to develop. 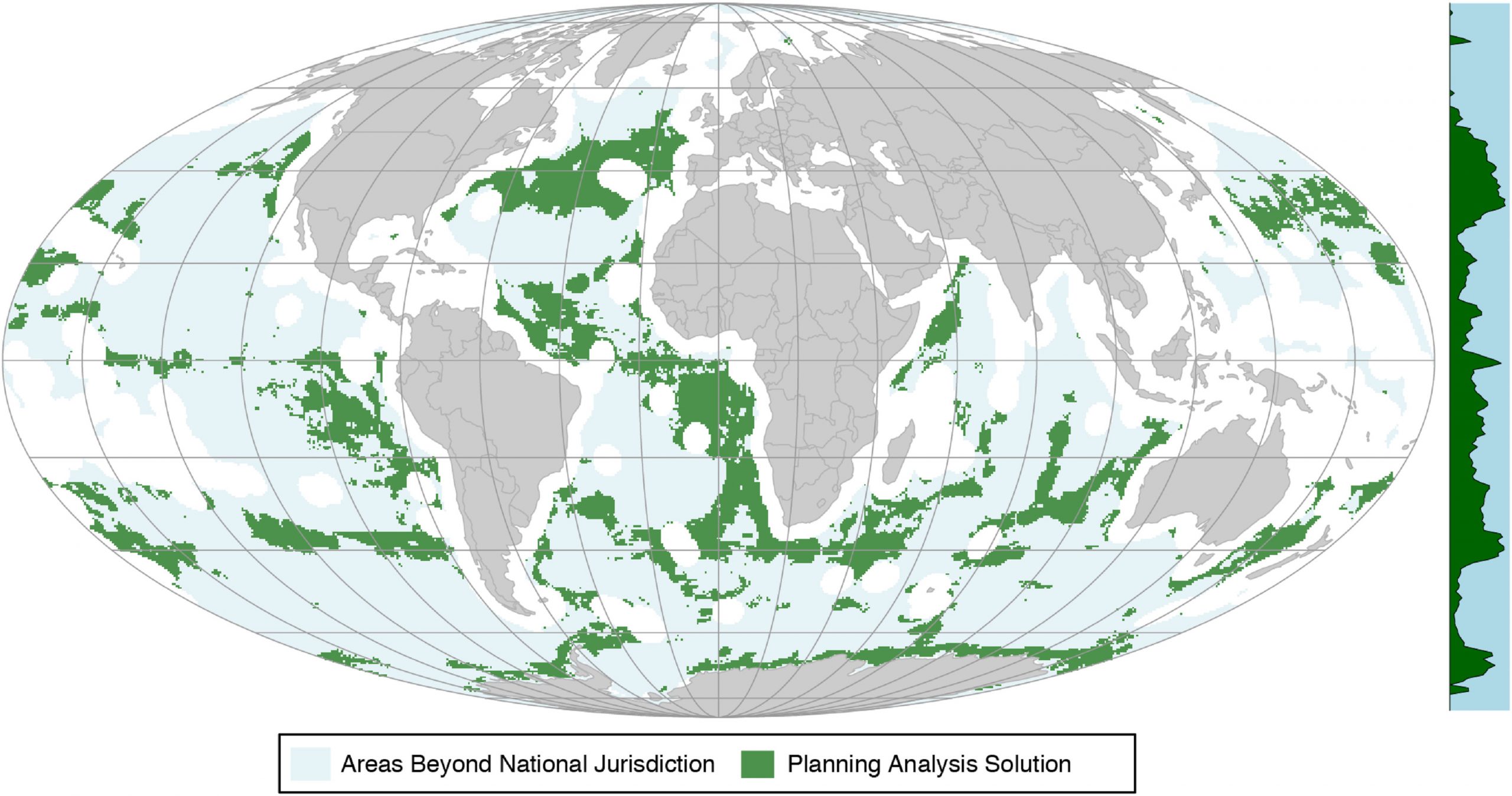 The high seas make up two-thirds of the ocean, much of which is remote. Scientists are still learning about the diversity and complexity of life there.

But at the same time, her colleague and study coauthor Douglas McCauley, director of the Benioff Ocean Initiative, says there’s also a lot we do know that can help guide conservation.

They began their study by reaching out to networks of colleagues across the world to help gather data.

“I was really impressed by how much we actually know — how much data we have for what is out there, biologically speaking,” he says. “And also what people are doing in that space. We can’t fall back on the excuse of not knowing enough.”

The researchers ended up analyzing 22 billion data points — a huge data-processing challenge — to identify areas of the high seas that could warrant protection.

That included looking at indicators such as seafloor habitat, ocean productivity, diversity and richness of species, and extinction risks. They also identified certain physical features — like seamounts and hydrothermal vents — where changes in elevation and temperature help foster biodiversity.

Their results identified priority regions in nearly all the major ocean basins, with the largest areas in the South Pacific Ocean. Key areas also included the Sargasso Sea, as well as the Costa Rica thermal dome in the Pacific Ocean; the South Tasman Sea; the Emperor Seamount Chain northwest of the Hawaiian Islands; the Mascarene Plateau in the Indian Ocean; and the Walvis Ridge, an undersea mountain range off southwestern Africa.

Their model avoided areas of high fishing activity in order to avoid what the study calls “real or perceived negative socioeconomic impacts” of setting aside conservation areas. It also took into consideration how climate change could alter biodiversity by selecting areas critical today and ones likely to be important in the future as well.

The Need for Protection

The research comes at a critical time for the future of the ocean — and the high seas, specifically.

A new United Nations treaty to protect and conserve biodiversity in the high seas is currently being negotiated, and a focus of those talks is how to create a framework for establishing marine protected areas outside of national waters. This could help ensure that unique ecosystems like the Sargasso Sea and others identified in the Marine Policy study aren’t overexploited.

The current law that governs the high seas, the United Nations Convention on the Law of the Sea, was finalized in 1982. But since then, our collective impact is starting to reveal gaps in governance.

Marine shipping traffic is up 1,600% and plastic pollution has increased 100-fold. At least one-third of fish stocks are being overharvested, and many migratory fish species, such as tuna, have declined more than 60%. Technological advances have led to more prospecting in the ocean’s depths for minerals and other genetic resources, as well as more destructive practices, like trawling along the ocean floor. Climate change, which is warming waters and increasing acidification, poses even more risks to ocean life.

A landmark report last year from the Intergovernmental Science-Policy Platform on Biodiversity and Ecosystem Services found massive declines in biodiversity globally — including in the ocean, with one-third of all reef-forming corals and marine mammals threatened with extinction.

A recent study in the journal Nature, published just a few days after the Marine Policy study, suggests that we’ve come to a critical crossroads.

“We are at a point at which we can choose between a legacy of a resilient and vibrant ocean or an irreversibly disrupted ocean, for the generations to follow,” wrote the researchers, led by Carlos Duarte, a professor of marine science at King Abdullah University of Science and Technology.

They posited that with enough resources and global will, we can see a “substantial recovery of the abundance, structure and function of marine life” by 2050. But to do that, we need to scale up efforts to protect vulnerable species and habitats, reduce pollution and — most critically — curb climate change.

That’s why Visalli and McCauley believe efforts like the emerging high seas treaty are important.

So far fully implemented marine protected areas span just 5% of the ocean. And the vast majority of these reserves are in national waters, which are only one-third of the ocean. But a high seas treaty would help create a framework to more easily set aside conservation-rich areas in a much greater expanse.

“Even though there is industry out there and it has been increasing over the past several decades,” says Visalli, “there is still a lot of wilderness in the high seas, and we are at this moment where we have an opportunity to protect these wild places before industry continues to expand even further.”

To truly protect and restore ocean health, scientists have been calling for a bare minimum of 30% of the ocean to be protected. More protected areas in the high seas are important for meeting that goal. But just as crucial as how much space, is also where that space is.

The Need for Protected Spaces

The major driver for changing and threatening biodiversity in the long term is climate change, says McCauley, which makes protecting these spaces vital in the short term.

“We are already seeing the first manifestation of these threats and we need to think about climate change and always manage the oceans — from fishing regulations to ocean parks — with that in mind,” he says. “Climate change is changing where biodiversity will be in the high seas, and we can use data to plan for that.”

Duarte and authors of the Nature study wrote that “Climate change is the critical backdrop against which all future rebuilding efforts will play out.” But well-managed marine protected areas, they said, can help ecosystems be better equipped to handle threats from climate change, like warming temperatures and changing ocean chemistry.

Getting there won’t be cheap. A global network of marine protected areas that conserves 20–30% of the ocean could cost $5–19 billion a year, the researchers write in Nature.

But supporting local economies, feeding communities, and fostering biodiversity don’t have to be mutually exclusive. The money spent on conservation will be more than returned in economic gains from the new jobs, revenue from ecotourism, restored fisheries, and protections for coastal areas, their research found.

But establishing the policy and international agreements, like the high seas treaty, to set plans in motion will require a lot of compromise, says McCauley.