Is Science Failing the World’s Primates? 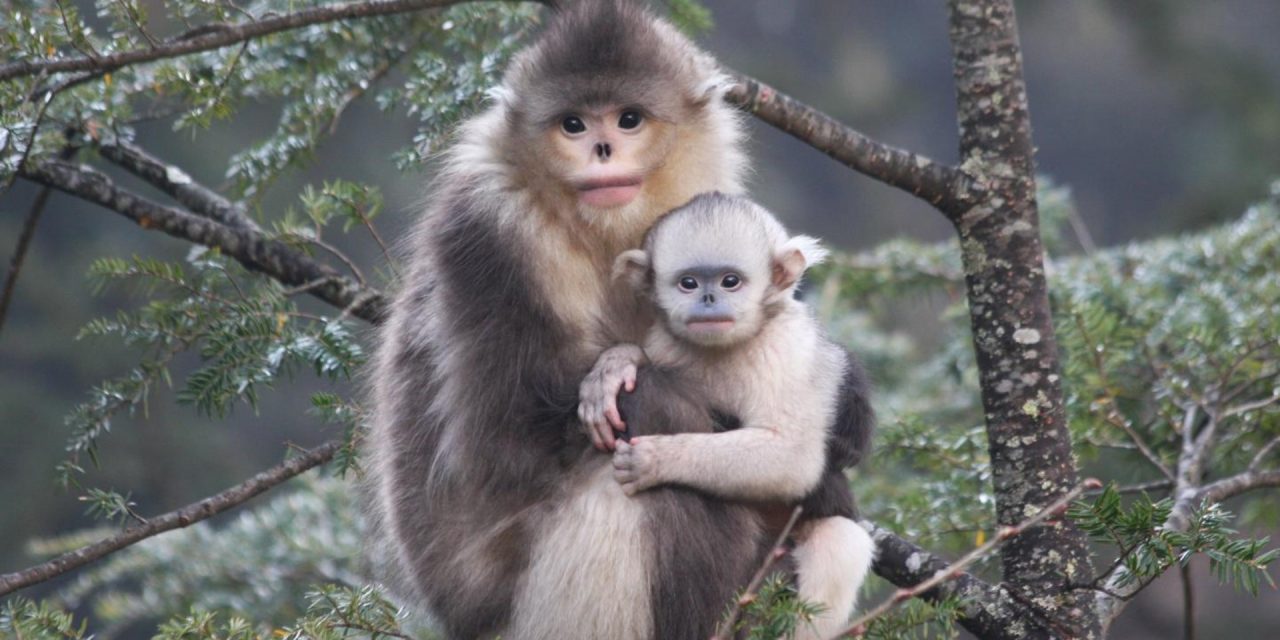 Written by Michelle A. Rodrigues / The Revelator

There are more than 500 known primate species, but it would be hard to tell that by looking at recent research. Want to know how chimpanzees are doing across Africa? We can tell you plenty about them. But understanding how nocturnal pottos are doing across the same region? That may be more difficult.

Here’s why: A new study by primatologists Michelle Bezanson of Santa Clara University and Allison McNamara of University of Texas-Austin surveyed 29,000 recent journal articles and found a lack of diversity in the species studied, field sites chosen and research topics.

And that’s troubling. Now is a critical time for primate conservation: Approximately 60 percent of primate species are endangered, half of them critically. And yet, as McNamara and Bezanson’s research of peer-reviewed studies published between 2011 to 2015 found, less than 20 percent of research was focused on conservation. Instead the studies focused on topics such as behavior and ecology, which address theoretical questions. And many papers did not acknowledge the contributions of local communities. Without basic research on the most severely threatened primate species, we lack the information and infrastructure needed to save them. And successful conservation efforts can only happen with the cooperation and investment of the local human communities who live alongside them.

In addition, there was a strong bias toward a small set of species. 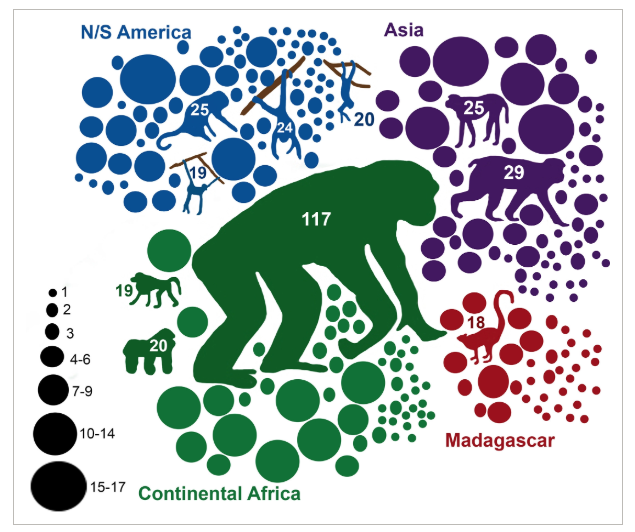 Slightly less than half of the 504 known primate species were the subjects of published research. Only 18 percent of publications focused on primates that were critically endangered or lacking the necessary data for IUCN assessment. The most frequently studied primates were the common chimpanzee in Africa, followed by long-tailed macaques and rhesus macaques in Asia, mantled howler monkeys and black howler monkeys in Central America, and western gorillas in Africa. Of the 10 most commonly studied primates, only the western gorilla is critically endangered.

The authors also found that research was limited geographically. Most of the primatologists whose studies they looked at worked in forested areas, primarily in national parks. Mainland Africa had the highest number of site visits, followed by North/South America, Asia and Madagascar. In each of these regions, site visits were concentrated among a handful of long-term research locations. In Madagascar, for instance, nearly half of all published research came from just four field sites.

With research limited to well-known study sites and popular species, we risk losing the understudied species before we can begin to understand them. When conservation efforts start too late, we may end up looking for animals that are no longer even there. For example, efforts started in the 1990s to search for Miss Waldron’s red colobus (Piliocolobus waldroni) after almost two decades without seeing a living individual. Though there has been evidence of what may the last few dead animals from photos and pelts, they are now presumed to be extinct.

These data present an alarming perspective on where primatologists are focusing their research efforts — but there’s reason for hope, as well.

The researchers focused on higher-impact publications, and that may have skewed the results to paint a grimmer picture. The journals assessed in this study have high standards for publication. As the field of primatology has been saturated with new researchers, increased publication pressure and diminishing funding opportunities, the stakes have gotten higher. While peer review plays an important role in ensuring publications meet scientific standards, they are also biased toward prioritizing novel theoretical research, at the expense of population surveys and basic ecological data.

Additionally, as the bar for publication is often set by the best-funded projects at long-term field sites, it’s increasingly difficult to publish research based on limited sample sizes, shorter field seasons, or without the breadth of long-term data. But that kind of research is needed, because some small studies provide key information on basic natural history and set up the baseline data and infrastructure for future research.

And some of that research may be out there — just not in the places that McNamara and Bezanson surveyed. I suspect that if we looked at regional journals focusing on African, Asian, or Central and South American primates, we’d see a greater representation of species breadth, as well as conservation-focused articles. Some primatologists may also be preferentially submitting their conservation work to journals with that focus, where the research may be more likely to inform on-the-ground efforts.

Still, McNamara and Bezanson’s survey reveals a need for changes in the field of primate research to better serve conservation goals.

A good place to start is examining the kind of research opportunities that get funded in the first place. The competition for publication can act as selection pressure, encouraging funding agencies to devote resources to long-term sites and established researchers, and discouraging students and early-career researchers from branching out to new sites and new species. These pressures are intensified by the competitive nature of both academic and non-academic job markets in which publications may make the difference between staying in primatology or leaving the field altogether.

The stakes are even higher if you conduct research at a newer field site, or on a species that is difficult to study. Researching understudied primates requires surmounting a number of hurdles, including finding funding, obtaining research permits, and overcoming the logistical challenges of establishing the field site and accessing the primates themselves. Most studies of primate behavior and biology require habituation, where researchers must attempt to follow the primates until they adjust to the researchers’ presence. This process can take anywhere few weeks to decades and is not always successful. But without habituation, it’s very hard to collect direct data on the animals.

Editors and reviewers at top primatology journals should consider the way their review processes may hinder publication of conservation-focused research. Rather than holding all manuscripts under review to the data standards of established long-term field sites and well-studied species, these journals could encourage editors and reviewers to consider publication of smaller sample sizes, shorter field seasons or smaller datasets if the manuscripts present data from newer field sites and understudied primate populations.

Finally, primatologists should consider how to best generate public interest in primate conservation and galvanize that interest toward conservation funding. One of the most frustrating challenges for primatologists is that much of the enthusiasm for our study subjects ends up causing the primates harm. Interest in cute viral videos and selfie tourism often fuels the illegal pet and entertainment trades, while misleading the public to believe the primates are not endangered. We need to combat these problems and find new ways to channel public interest in charismatic primates into successful conservation outcomes.