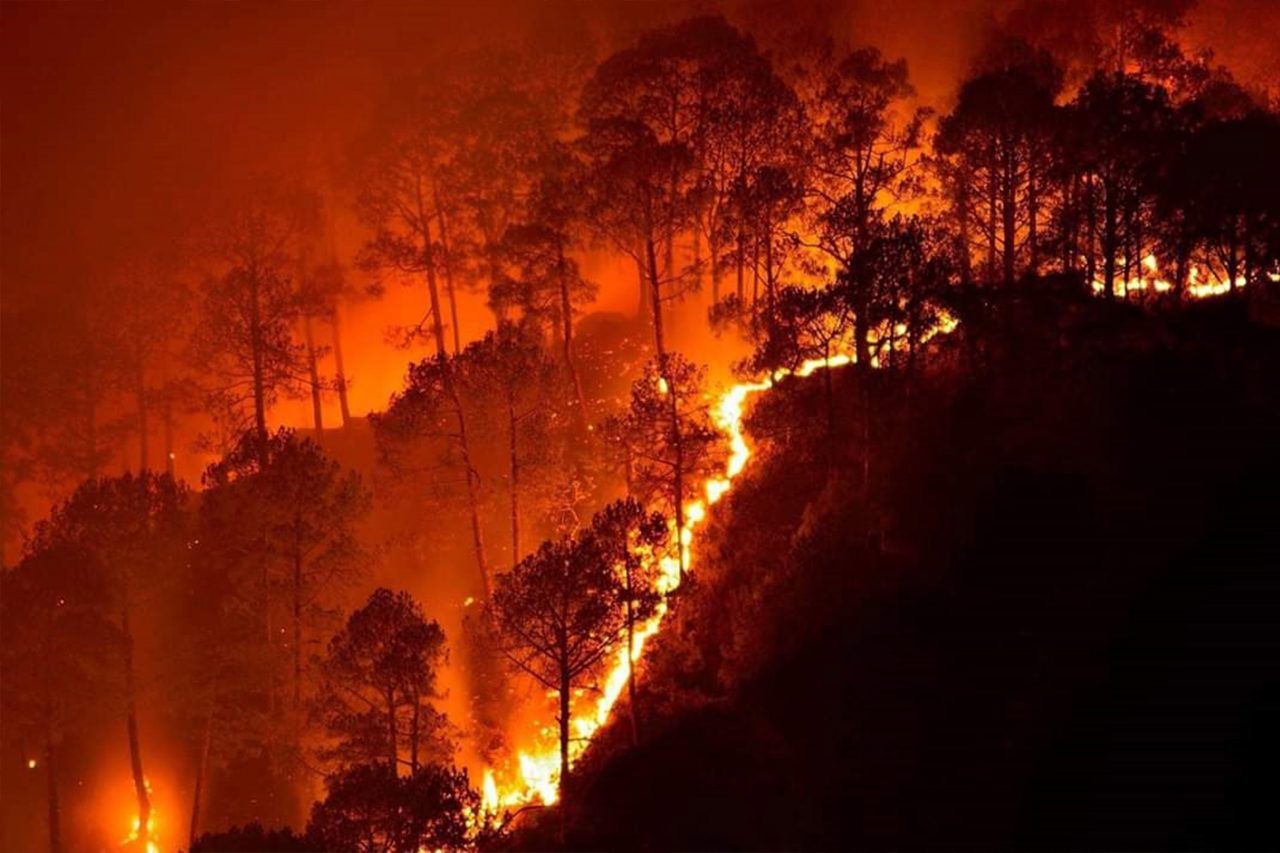 Global warming is ravaging forests throughout the world.

According to Bill Anderegg, a forest researcher at the University of Utah: “Global warming has pushed many of the world’s forests to a knife edge… in the West, you can’t drive on a mountain highway without seeing how global warming affects forests,” Ibid.

Similar to corals and reefs, trees are slow growing and long-lived but cannot easily move to escape newly emerging rapid heat. Regrettably, both systems have inflexible damage thresholds. Corals experienced a tipping point from 2014-16 of record-breaking ocean heat as reefs around the world bleached and died in unprecedented numbers.

The Great Barrier Reef suffered its worst coral bleaching on record in February of 2020 from the most extreme ocean temperatures since records began in 1900. That’s global warming at work, overtime. Not only that but consider the egregious fact that the world’s largest living organism has been hit by three devastating bleachings in only five years. This year, for the first time in recorded history, severe bleaching, which kills coral outright, hit all three major regions of the famous reef. Scientists were awestruck.

Similar to no predictions of coral-bleaching disasters (what a big surprise!) nobody is predicting a similar disaster for forests, but it’s already underway right under everybody’s nose. It’s here now!

Giant Sequoias, the Grand Daddy of the world’s trees are “dying from the top down.” This has never been documented before. According to Christy Brigham, chief of resource management for parks: “We’ve never observed this before.” (Source: Craig Welch, The Grand Old Trees of the World are Dying, Leaving Forests Younger and Shorter, National Geographic, May 28, 2020)

The loss of Giant Sequoias is but one example of a worrisome worldwide trend that’s nerve-racking. “Trees in forests are dying at increasingly high rates – especially the bigger, older trees,” Ibid.

According to Nate McDowell, an earth scientist at the US Energy Department’s Pacific Northwest National Laboratory and the lead author of a major worldwide study: “We’re seeing it almost everywhere we look.” (Nate G. McDowell, et al, Pervasive Shifts in Forest Dynamics in a Changing World, Science, Vol. 268, Issue 6494, 29 May 2020)

The numbers are staggering. From 1900 to 2015 the world lost more than a third of its old-growth forests. Ever since, the numbers are accelerating enough for calls of extra-alarm.

The causes are mostly anthropogenic, meaning logging and land-clearing, plus the biggest impact or fossil fuel emissions that bring forth rising global temperatures significantly magnifying the rate of dying, as droughts extend longer and harsher, resulting in extremely brittle tinder, leading to massive wildfires. The upshot is a world on fire like never before. Dead trees burn easily.

According to Henrik Hartmann of Germany’s Max Planck Institute for Biogeochemisty, in central Europe: “You don’t have to look for dead trees… They’re everywhere,” Ibid.

For example, in northern Europe one week of extreme heat resulted in hundreds of thousands of beech trees dropping leaves. The trees could not handle the heat.

In the US Southwest emerging mega drought conditions have already weakened and killed hundreds of millions of trees, including Rocky Mountain lodgepole and piñon pines, as well as aspens.

As it happens, the massive numbers of tree deaths are newly unique to the entire world. African cedars and acacias are dying. The majestic Amazon rainforest is struggling under severe drought conditions exaggerated and super-charged by tens of thousands of human-generated fires undercutting the entire ecosystem. Junipers are rapidly declining in the Middle East. In Spain and Greece oak trees are shriveling because of intense global warming. In Siberia massive wildfires have erupted within a virtual tinderbox of excessive heat conditions. Ancient African Baobab trees, some thriving for 2,000 years, have all begun decline or outright dying as their ecosystems suffer from global warming.

The integrity of trees is compromised by excessive heat, which not only kills them outright, but also makes them more vulnerable to tree-burrowing insects, especially as normalized winter temperatures crank up way too high too soon during the season.

Rising levels of CO2 blanket the atmosphere, thus trapping more heat, as the planet gets ever-hotter, causing the atmosphere to suck excessive levels of moisture thereby causing trees to shed leaves and/or close pores to hold in as much moisture as possible, thus curtailing CO2 uptake. It’s a vicious cycle that reverses the carbon uptake cycle that is key to maintaining all life on the planet.

Forest ecologist Diana Six (University of Montana) has always been skeptical of claims of projected beneficial effects of excessive levels of CO2 triggering photosynthesis in plants: “I was always amazed by the early predictions for enhanced growth of forests, especially in the West. Many of the models only included warmer temperatures or higher CO2 effects. The projections were made mainly by economists who assumed that only temperatures and CO2 affect tree growth… No one seemed to consider water. With warmer temperatures and a longer growing season comes greater demand for water and we are getting less, not more, in most cases. That should have been a big red flag,” Ibid.

In the final analysis, “Forests are our last, best natural defense against global warming. Without the world’s trees at peak physical condition, the rest of us don’t stand a chance.” (Source: Eric Holthaus, Up in Smoke, Grist, March 8, 2018)

The message behind the boundless death march is simple: Stop fossil fuel emissions!