A new WWF report warns that unless there is a dramatic change of approach to the global plastics crisis an additional 104 million metric tons of plastic pollution could enter our ecosystems by 2030.

Over 75% of the plastic ever produced is already waste. The world’s inability to manage plastic waste results in one-third of plastic, 100 million metric tons of plastic waste, becoming land or marine pollution.

In 2016 alone, the amount of virgin plastic produced (396 million metric tons) equated to 53 kilograms of plastic for each person on the planet.

“Our existing method of producing, using and disposing of plastic is fundamentally broken. It’s a system lacking in accountability, and currently operates in a way which practically guarantees that ever-increasing volumes of plastic will leak into nature,” said Marco Lambertini, Director General of WWF-International.

The Solving Plastic Pollution Through Accountability report calls for the elimination of single use plastics, the upgrading of national waste management plans and for 100% of plastic waste to be collected.

With plastics pollution in our oceans on course to double by 2030, WWF has launched a global petition calling for a legally binding deal on marine plastics pollution, which has attracted 200,000 signatures, 25,000 from Australia.

It comes as scientists and volunteers conducting turtle research were shocked by the amount of plastic rubbish on tiny Milman Islet in the far north of the Great Barrier Reef.

An important turtle nesting site near the tip of Cape York, the uninhabited island has just 5 hectares of beach.

But in just one day, researchers collected more than 70 kg of plastic and marine debris including 308 plastic bottles, 112 pieces of stryofoam, 37 sections of plastic net and other fishing gear, and 144 rubber thongs.

“Some of this trash had bite marks indicating that turtles and other marine life have nibbled at it which could kill them,” said WWF-Australia Marine Species Project Manager Christine Madden Hof.

“Like other island and mainland beaches in the north, Milman’s beaches were also littered with small pieces starting to break down into micro and nanoplastic which enters the food chain.

“Globally, over 240 wildlife species have ingested plastic which often results in internal injuries and death.

“Every year people and animals continue to ingest plastics from food and drinking water, with the full effects still unknown,” she said. 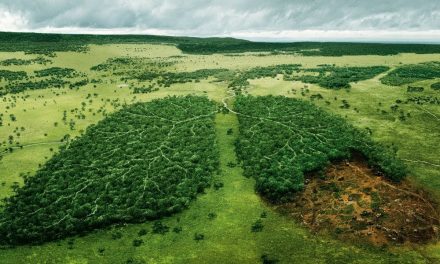