OTTAWA – The House of Commons has passed a motion declaring a national climate emergency, and supporting Canada’s commitment to meet the Paris Agreement emissions targets.

Conservative MPs voted against the motion, but it still passed 186-63 with the support of the Liberals, New Democrats, Bloc Quebecois and Green MPs. The motion was was put forward by Environment and Climate Change Minister Catherine McKenna.

The motion describes climate change as a “real and urgent crisis, driven by human activity,” notes how it is impacting Canadians, and states the need to pursue clean growth methods to reduce greenhouse gas emissions.

Given this, the House has voted to “declare that Canada is in a national climate emergency which requires, as a response, that Canada commit to meeting its national emissions target under the Paris Agreement and to making deeper reductions in line with the Agreement’s objective of holding global warming below two degrees Celsius and pursuing efforts to keep global warming below 1.5 degrees Celsius.”

Forcing a vote on the motion meant all MPs had to stand up and be counted, whether or not they support Canada meeting the Paris targets. This motion appeared to be drafted with Conservative Leader Andrew Scheer in mind.

He is set to unveil his long-awaited environmental policy in a speech on Wednesday, after he vowed more than a year ago on CTV’s Question Period that he would be unveiling a climate plan ahead of the 2019 election that will meet the Paris Agreement, without a carbon tax.

Eight months later, Scheer walked back that promise on the same program. He could not commit that his plan would meet the targets, instead saying his plan would have “meaningful reductions.”

Scheer has billed his climate change announcement as “the most comprehensive policy announcement by an opposition party in Canadian history.” 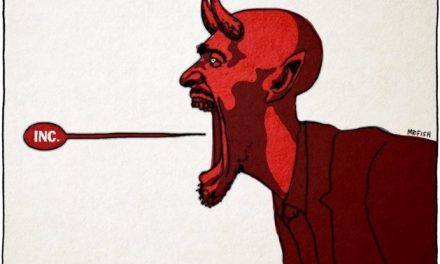 Global Effort to Plant a Trillion Trees ‘Overwhelmingly’ Among Most Effective—and Cheapest—Solutions to Climate Emergency: Study