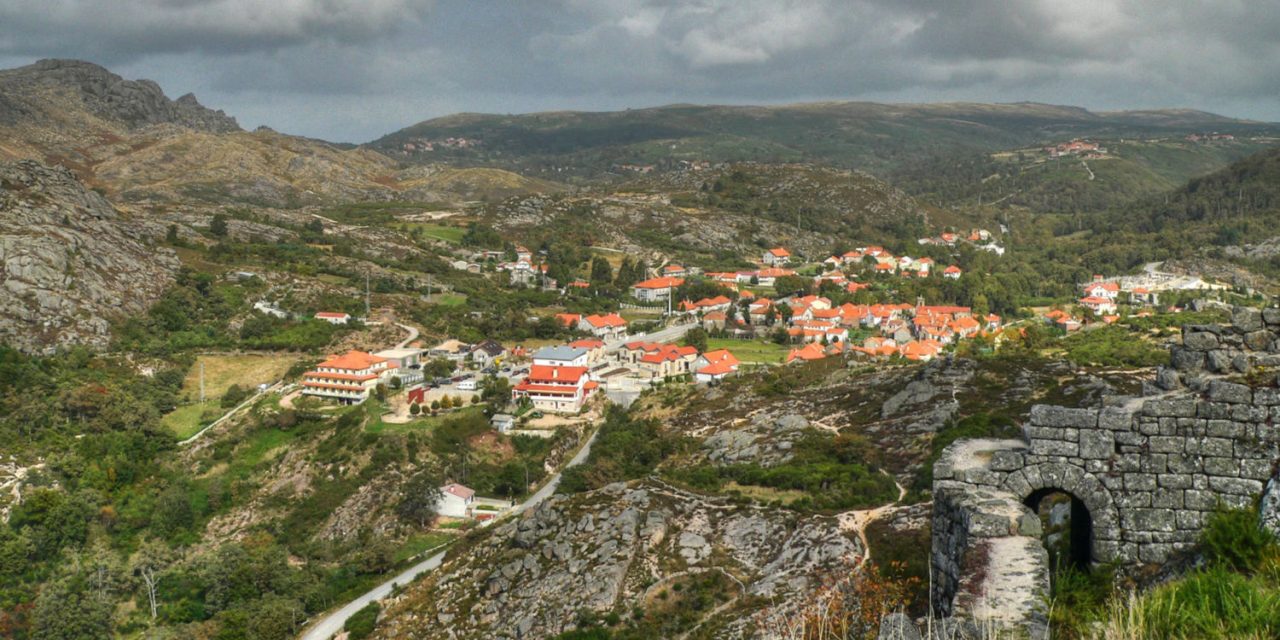 The town of Castro Laboreiro, Portugal, where former grazing lands have reverted to nature. ANTONIO LOMBA/FLICKR

Agriculture’s global footprint is decreasing — more land globally is now being abandoned by farming than converted to it. This, some researchers contend, presents an opportunity for ecological restoration that could help fight climate change and stem the loss of biodiversity.

People have lived in Castro Laboreiro, where northern Portugal borders Spain, long enough to have built megaliths in the mountainous countryside and a pre-Romanesque church, from 1,100 years ago, in the village itself. But the old rural population has dwindled away, leaving behind mostly elders yearning for their vanishing culture.

Roughly half the area once grazed by sheep, goats, and cattle is now unused and reverting to nature, meaning that wolves, bears, wild boars, and other species have rebounded in their old habit. Iberian ibex and griffon vultures thrive where they were extinct, or nearly so, as recently as the 1990s. So what feels like loss to some village residents, looks to others like a great recovery.

Places like Castro Laboreiro are of course everywhere. Abandonment of rural lands has become one of the most dramatic planet-wide changes of our time, affecting millions of square miles of land. Partly it’s a product of rural flight, and the economic, social, and educational appeal of cities. Partly it’s about larger forces like climate change and globalization of the food supply chain. But the result, according to a new study in Nature Ecology and Evolution, is that the global footprint of agriculture has “started decreasing in size during the past two decades, with more land now being abandoned from agriculture than converted to it, especially in Western Europe and North America.” (This change doesn’t appear to have affected global food supply, at least not yet, because the land lost was marginal to start with, and farming elsewhere has become more productive.)

The study, led by researchers from the University of Minnesota, found that abandoned lands can take decades or even centuries to recover their original biodiversity and productivity. But it termed land abandonment “an unprecedented opportunity for ecological restoration efforts to help to mitigate a sixth mass extinction and its consequences for human wellbeing.” Indeed, by some accounts, a more aggressive—and evidence-based — approach to restoring abandoned lands could bring about major progress in both the climate and extinction emergencies.

The biggest caveat is that current governmental initiatives on degraded lands lack even rudimentary planning.

A study earlier this year in Science calculated the potential tree cover on “degraded” lands worldwide and found, according to senior author Thomas Crowther of ETH Zurich, that a massive program to plant trees and grow them to maturity “could cut carbon dioxide in the atmosphere … to levels last seen almost a century ago.” That study, which elicited sharp criticism from other researchers, called for planting at least 6.6 million square miles of degraded land not currently used for urban or agricultural purposes. More than half the planting would take place in six countries that are, conveniently, also major contributors to climate change: Russia, the United States, Canada, Australia, Brazil, and China.

Crowther calls it “the best climate change solution available today,” with the potential to remove 25 percent of the carbon dioxide emissions humans have added to the atmosphere. But critics have characterized the proposal as a distraction from the immediate priority of reducing greenhouse gas emissions. They also questioned the suitability of land in the study for reforestation.

“These plans have been developed by scientists who do a lot of remote sensing and don’t understand the social context of why these lands are in transition, or if they are in transition,” says Mark Ashton, a forest ecologist at the Yale School of Forestry & Environmental Studies. “This is much more complex than looking at a map and thinking you can plant trees, without understanding the human context around that land.”

Biodiversity and species richness continue to increase for years after farmland has been abandoned. ISBELL ET AL, NATURE 2019

The study came with major caveats of its own: The authors could not determine whether the available land is publicly or privately owned. Moreover, some lands that are now suitable for regeneration could become much less so as climate change advances.

This haphazard approach persists even though the estimated scale of land abandonment is massive. China has reported losing about 7,700 square miles of agricultural land each year. The United States has lost almost 98,000 square miles of farmland just from 1997 through 2018. And according to one recent estimate, the European Union could have up to 82,000 square miles of abandoned farm land by 2040, or roughly 11 percent of the area that was being farmed at the start of the century.

Worldwide, a 2011 study in the journal Climatic Change put the current area of “recovering secondary vegetation,” including old fields, pastures, and recovering forests, at 11.2 million square miles of land — roughly triple the entire land area of the United States — and rising. But that number included lands used and abandoned at any point over the past 600 years. It was also based on computer models. Measurements of actual landscapes are still surprisingly difficult to make, according to Robin Chazdon, a tropical forest ecologist now retired from the University of Connecticut. Satellites and other remote monitoring technologies cannot readily distinguish, for instance, between a naturally regenerating forest and a tree plantation.

Under certain circumstances, grasslands and rangelands can prove more resilient than forests for carbon storage, one study found.

The current chaotic approach to abandoned lands often pushes land managers in directions that do nothing for either wildlife or climate change, says Chazdon. For instance, many tropical nations, such as Costa Rica, Peru, and the Philippines, have well-intended laws that strictly ban harvesting of native trees, including the trees that regenerate naturally on abandoned fields. “But if you document that you planted the trees, they become yours,” she says. “This has created a perverse incentive to prevent farmers from turning their land back into natural forest, and to plant tree plantations instead.”

Elsewhere, climate and biodiversity initiatives often compete instead of supporting each other, says Frans Schepers, managing director of Rewilding Europe, a nonprofit group working to re-establish native landscapes across Europe. “The mainstream response to abandoned lands is, ‘We have to put windmills and solar out there, or we need to use biomass and burn materials from our forests.’” Even tree planting can become “a technological solution, a numbers game, planting the wrong species, in a straight line, and in areas where they wouldn’t actually grow back on their own,” resulting in “a huge waste of money.” It makes more sense, he says, to regenerate natural forests as functioning ecosystems, including large herbivores to reduce fuel accumulation on the forest floor and prevent wildfires.

Likewise, says Schepers, converting abandoned pastures to forests based on the simplistic notion that this will automatically improve carbon storage can end up harming species and climate alike. Not only do many plant and wildlife species require open habitat, but under certain circumstances, grasslands and rangelands can prove more resilient than forests for carbon storage, according to a 2018 study from the University of California at Davis. That’s because they store carbon largely underground, where it is less vulnerable in drought- and wildfire-prone areas than the above-ground carbon stored in trees. 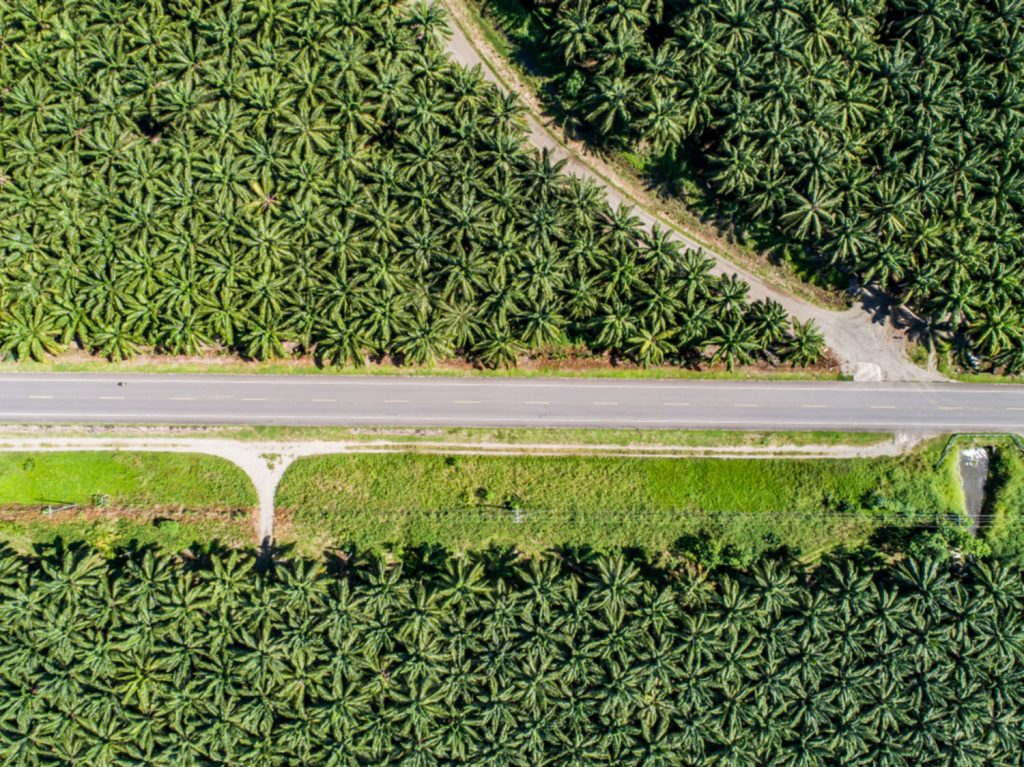 Critics note that flawed strategies have encouraged tree farms, such as this oil palm plantation in Costa Rica. SHUTTERSTOCK

The bottom line is that putting abandoned lands to work again for a livable planet will require considerable nuance. For instance, instead of simply paying rural people to do the things that made sense in the past — graze livestock on marginal lands — those subsidies may need to be targeted to address different concerns in different places. It might make sense to pay subsidies, as the European Union now does, to preserve the traditional way of life in areas with a rich cultural heritage, like Castro Laboreiro, says Emma van der Zanden of VU University Amsterdam. But it could also make sense to stimulate abandonment, for instance, by subsidizing green projects in other areas where environmental values predominate.

In Australia, many marginal and abandoned areas could become more productive if converted to forests for carbon storage, paid for by fossil fuel-intensive industries, says David Lindenmayer, a landscape ecologist at Australian National University, Canberra. Farm income could come partly from grazing, partly from cropping, and partly from regeneration, which would incidentally improve water retention in those areas. “If you want people to stay on that land you have to pay them for the asset, and the asset clearly has to be carbon storage,” he says. “But our government refuses to create a mechanism for paying farmers to store carbon.”

As he speaks, Lindenmayer looks out his window at the evidence of Australia’s latest prolonged drought, combined with a deadly heatwave, and massive wildfires that have darkened skies across much of the country. Australia, he warns, is merely “at the leading edge of the kind of challenges that are going to arise” for other nations as warmer and less predictable climate conditions become more common. Abandoned lands could help minimize or even prevent the likely damage. But that will only happen if scientists and policymakers come together quickly on the smartest ways to put those lands back to work.

The Dawn of the Apocalypse

Global Effort to Plant a Trillion Trees ‘Overwhelmingly’ Among Most Effective—and Cheapest—Solutions to Climate Emergency: Study