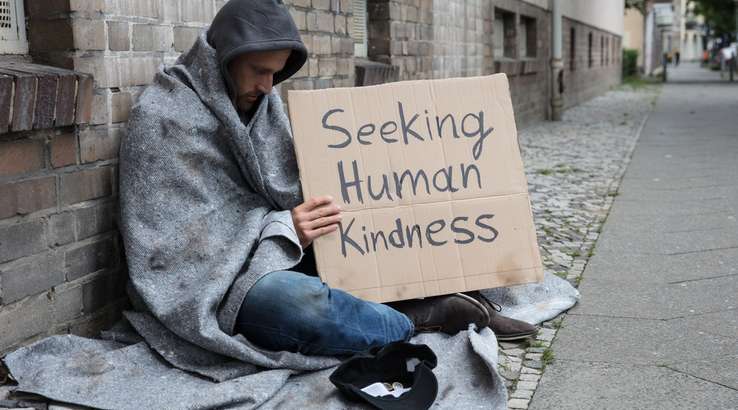 ‘We’re all in this together,’ chant the duplicitous politicians, meaning the Covid-19 pandemic. The official language around the crisis is consistently hypocritical and disingenuous; – ‘trite and misleading’ is how the BBC described the UK government’s slimy rhetoric. World-wide the script is much the same – ‘we’re at war…. we’re fighting an invisible enemy and we will prevail together,’ and soon, very soon, we will come out of this and get back to ‘normal’ — God forbid. For most people in Western nations ‘normal’ is stressful, full of uncertainty, exhausting; for the hundreds of millions living in dire poverty or stifling economic insecurity in developing countries, it is a kind of agony in which simply surviving constitutes living, and for the planet, ‘normal’ equates to wholesale vandalism. Spare us what constitutes present-day ‘normal’, let normal be re-imagined, let it evolve to become something humane and just.

Covid-19 is a “health issue with huge ramifications for social welfare and it’s a welfare issue with huge ramifications for public health.” The impact and consequences of the pandemic (for health and the economy) are much worse for the poorest sections of society and could devastate developing nations. It is making social inequality even more acute and while many communities are uniting, where a coordinated political response is called for, divisions predominate.

Nations, none more so than America, have become increasingly introverted, putting their own needs first. To the surprise of nobody, President Trump has refused to cooperate with international bodies and has completely failed to show any global leadership. He repeatedly downplayed the threat from Covid-19, and then, (like other countries – the UK for example, where the government has met the crisis with serial incompetency) failed to initiate testing and contact tracing early enough, banned flights from the EU overnight without discussing it with any European government, and among other alleged underhand acts, Die Walt reports the President “offered large sums of money” to get exclusive access to a coronavirus vaccine being developed by a German company…[and] to move its research wing to the United States and develop the vaccine “for the U.S. only.”” His nationalistic approach has made cooperation impossible; calls by the G7 to form a Global Taskforce were ignored. As the German magazine Die Spiegel says, “it appears that the coronavirus is destroying the last vestiges of a world order.” The EU as a body that could fill the leadership vacuum created by Trump’s ineptitude and arrogance has also been found wanting.

Alongside the crippling impact of long term austerity on public services (including health care), the pandemic is exposing the stark levels of social division that exist throughout the world; in developing countries we need a different more extreme term to describe the gaping chasm between the rich or comfortable, in India or Nigeria say, and those that have little or nothing – social apartheid perhaps.

Around half the world’s population is under some kind of government lockdown; restrictions forcing people to stay at home and to limit social contact impact on everyone, but the effect of such laws vary enormously depending on an individual or family’s circumstances. Over and above the fact that all are constrained, and to varying degrees at risk of contamination, there is little or no shared experience between the rich, well-off, comfortable and those struggling to get by, or those who cannot manage. Not now anymore than there was before Covid, not within developed nations, awash with social divisions based on hereditary privilege, wealth/income inequality and racial/gender discrimination, or globally between the rich ex-colonial industrialized masters and the poor, under-resourced and un-prepared – Sub Saharan Africa and South-East Asia, regions where the greatest concentration of poor people are to be found, many of whom live in crowded slums, and where the weakest health systems exist.

Everywhere in the world the cushioned and comfortable are more or less, insulated, both from pandemic inconvenience and to a degree from the coming economic tsunami. Annoyed at the disruption the virus brings perhaps, but without any real financial worries and a life of relative ease, their ‘normal’ is fine thank you very much, the ‘lockdown’ more akin to an extended holiday than an imprisonment. Yes, confinement may be irritating, but the children have their own rooms, plenty of toys, devices and games, and there’s probably a garden to romp in, more expansive grounds in some cases, so less need to go into public places. The rest, the majority, are confined to small flats, tower blocks or houses with no outside space and limited light; overcrowding is a major issue in many countries with families of five or six living in inadequate properties. Then there are the men, women and children who, for one reason or another, don’t have a home – ‘the homeless’. And the world’s refugees, hundreds of thousands of people living in tents in densely populated camps where social distancing is impossible and health care, where there is any at all, is rudimentary.

The divisions in our world are stark and the coming economic crash, which will perhaps prove fatal, will further accentuate them; inequality is at unprecedented levels, within countries, and between regions; concentrations of wealth and with it power, become more intense and narrow year on year; social injustice is rampant: in fact, within the current socio-economic order there is no social justice at all. And without social justice there will never be peace.

But who cares about such things? Beyond the everyday acts of community kindness and warmth evoked by Covid, who cares if there’s social justice and peace or not? Beyond the charity worker or the good neighbor, the idealist, the man and woman who share a common pain, who really cares?  Does the politician in his corner office or country retreat truly care? Does corporate man/woman? ‘Yes, they would answer, of course I/we care, look we give money to charity, provide employment and try to trade ethically’ but while they may sing the song of sincerity, such ‘caring’ is always conditional, limited, ideologically constrained. If caring means loss of any kind – less profit or less privilege, less influence, less status, less comfort, ‘caring’ and those in need of care are sacrificed. If ‘caring’ means sharing what I want for myself or my family with those who I don’t know, those that have less, nothing maybe, if caring involves self-sacrifice of any kind, if it inconveniences at all, do they, do we, care? If caring is limited is it caring or is it simply selfishness loosely wrapped in a cloak of generosity?

And when ‘caring’, unconditional and spontaneous, is consigned to the shadows and an atmosphere of selfishness and greed is fed and nourished the gaping chasm in society and between nations continues to fester and grow; rancid it is, ugly and violent.

Why are some rich and others poor (nations and people), why are some privileged and most not, why are there such huge divisions? Yes, the socio-economic and political systems are unjust, designed to perpetuate rather than eradicate division, and they must be changed, but more important is the ground from which the systems grow, the Mind of Mankind, the collective consciousness that allows such dysfunctional, cruel modes of living to come into being and to be maintained. This polluted spring must be purged of all poisons (selfishness, tribal nationalism, ambition, greed, etc.) so that ‘caring’ for the other, serving the needs of the other, putting the ‘other’ first, becomes the natural inclination, the driving impulse for action. As the teacher, Maitreya has said (message number 52), “the problems of mankind are real but solvable…take your brother’s need as the measure for your action and solve the problems of the world.” It’s so simple; all that is required is a shift in attitude, a reorientation away from self-centered thinking and activity, and recognition that ‘the other’ is oneself. Perhaps, just perhaps, the Covid-19 pandemic and the ensuing economic melt down will be the trigger for such a seismic, but essential, change in the way we live. 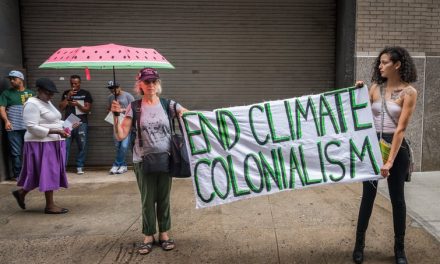