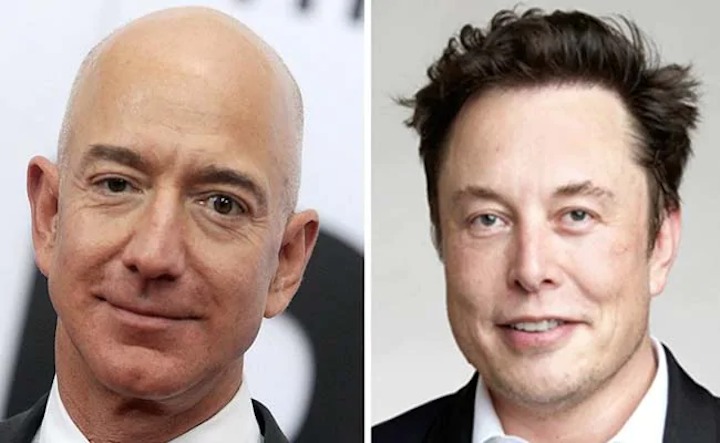 The world’s two wealthiest people are fighting over the moon, which just says so much about where our species is at right now.

Elon Musk and Jeff Bezos are in a dispute with NASA over whose private space exploration corporation will get the $2.9 billion US government contract to return to the moon. I gleaned this annoying piece of information by way of an obnoxiously sycophantic Atlantic puff piece titled “Elon Musk Is Maybe, Actually, Strangely, Going to Do This Mars Thing”, subtitled “From his private Cape Canaveral, the billionaire is manifesting his own interplanetary reality—whatever the cost.”

The mainstream press cannot get enough of these two unfathomably wealthy plutocrats and their outspoken ambition to colonize space, with Musk advocating Mars colonization and Bezos preferring to ship us all offworld to live in giant Amazon space tubes. They love it for the same reason they love war and status quo politicians: it fits in beautifully with the capitalist world order.

Space colonization is largely a capitalist perception management op promoted by the likes of Musk and Bezos to strengthen the narrative that it’s okay to continue the world-raping global capitalist principle of infinite growth on a finite world because we can escape the catastrophic ecological consequences of that paradigm by fleeing to space.

“Ecocidal capitalism is fine, we’ll just go to space before it kills us!” is the message we’re all meant to absorb. And too many do. A large obstacle to waking people up to the existential crises we are facing as a species is the blind faith that technology will save us from the consequences of our mass-scale behavior, and therefore we don’t need to change. Which suits the world’s richest men perfectly.

But it’s a lie. Humanity will never colonize space. We are not separate or separable from this planet in that way.

Boca Chica, Texas, has changed so much since I visited in 2019. One big difference: Elon Musk has started calling it Starbase. https://t.co/HwGfs84J2U

People believe we can just snip humans out of their ecosystemic context to colonize space for the same reason they believe in rugged individualism: they don’t grasp how inseparably interconnected each human is. With our ecosystem, and with our society. Separation is an illusion.

We are not separable from our ecosystem. We are our ecosystem. We’re so inseparably one with our ecosystem that we need to send astronauts into space with a little box full of it or they’ll die. Thinking a human can be snipped out of its ecosystemic context and permanently transported across the desert of space is like thinking you can snip a ripple out of a pond and place that ripple in a teacup on the other side of the world. The ripple is the pond. It’s not separate.

We know how to build rockets, and how to keep a human alive in space for a short time as long as they bring part of their ecosystem with them, but there’s no scientific evidence that we can live separately from our ecosystem, and we’ve barely begun exploring our ignorance here.

Many imagine we’ll have people living independently of Earth’s ecosystem within the next century or two, but there’s literally no basis for this assumption; we essentially know as much about how to keep a human being alive apart from Earth’s ecosystem as we knew ten thousand years ago. Our Biosphere attempts to create a closed-Earth system were as clueless and silly as monkeys poking around at a supercomputer, and that was right here on our home planet.

The myriad ways in which we are connected with the ecosystemic context in which we evolved boggle the mind. Science is barely even beginning to explore those connections. There are tons we know about, but that’s just scratching the surface. We don’t know how much we don’t know. We’re only barely beginning to understand our own gut bacteria, and how those mini-ecosystems relate to our health. Those mini-ecosystems have their own relationships with our greater ecosystem. We know next to nothing about any of this. Most of the picture is missing.

And Elon says he’s going to ship humans to live on Mars?? What, because we have the technology to get there? Our bodies might get there, sure, but the whole staying alive part is a riddle that science is not even the tiniest fraction of a percentile close to solving.

Musk likes to argue that we must become a “multi-planetary species” because if an asteroid strikes Earth or we wipe ourselves out in a nuclear war, that’s it for our species. Our survival as a species, he argues, depends on colonizing other planets.

This is false and toxic thinking, because it will not happen. Our survival does not depend on our becoming a multi-planetary species, our survival depends on collectively waking up and learning to collaborate with each other and with our ecosystem. We’ve got an infinitely better chance of developing the technology to deal with an asteroid than we do of developing technology that will allow us to colonize space, and if we can transcend our self-destructive patterning the threat of nuclear war will be neutralized by our no longer being crazy enough to keep weapons around that make it a possibility.

Some argue for the possibility of terraforming planets like Mars to give them Earth-like ecosystems, but terraforming runs into the same problem: not just humans but all organisms are dependent on Earth’s ecosystem for survival. You couldn’t begin creating an Earth-like ecosystem without snipping out all the organisms which give rise to it. This can’t be done. A tree can’t be snipped out of its unfathomably interconnected ecosystemic context any more than a human can. To terraform you need trees and a near-infinity of other ecosystemic building blocks, none of which are separable from their terrestrial ecosystemic context.

We’re just going to have to make this Earth thing work. People assume space colonization is part of our future primarily because science fiction takes this as a given. But science fiction is just that: fiction, written to entertain and appeal to the same ego which imagines it is separate from the rest of the world. It’s an illusory premise.

People think Capitalism is the best we can do, but I can't think of any other form of society that would intentionally destroy the planet because it was more profitable to do so.

We’re not going to rocket ship our way out of this mess. We’re not going to be able to keep doing things the way we are doing them. The “growth for its own sake” ideology that Musk and Bezos have dedicated their lives to embodying is, as Edward Abbey put it, the ideology of a cancer cell. Such an ideology is unsustainable. We’re going to have to change.

That’s always the last thing anyone wants to hear, that we need to change, but it’s true. We’ll either collectively change our minds in a way that enables us to drastically shift the way we operate on this planet, or we’ll go extinct. It is evolve or die time. We’ll either make it or we won’t.

Space will not save us, and we will never colonize it. We can explore space, but it will be done via satellites and other tech, not by living organisms. Our astronauts have up until this point been nothing more than glorified scuba divers, entirely dependent on boxes of Earth’s ecosystem, no more independent from that ecosystem than someone holding their breath. This will remain the case.

Hell, forget colonizing space, try colonizing part of the Sahara Desert. Get everything you need, then seal yourselves in a bubble completely separate from the rest of the ecosystem. Even on Earth, with many of the terrestrial connection factors still intact, you will fail relatively quickly.

Such a project isn’t even on Musk’s radar, which shows his pet space project is really about making money and justifying an economic/political paradigm which will necessarily destroy our ecosystem. It’s justifying his cancer cell ideology, proving Robert Heinlein correct when he said, “Man is not a rational animal, he is a rationalizing animal.”

They work to make it appear that we’ve got some other option than to end our ecocidal trajectory and all the systems which feed into it, because otherwise it just looks like they’re a bunch of psychopaths burning an entire world and throwing its ashes into a gaping hole their hearts that can never be filled. If space colonization isn’t possible, then the people who are destroying our environment for money are just deranged lunatics who must be stopped at all cost.

But they are. And we must.

This is our home. It is our only home. I really, really wish we could stop treating it like a womb we plan on leaving or our parents’ house we plan on moving out of. There is nowhere else to go. This is it.

The earth is not some temporary transit station. We are the earth. We are inseparable from it. We are all indigenous terrestrials. We need to stop trying to move out, and start moving in.

It’s so, so beautiful here. We should be willing to change to keep it alive, like we would if a loved one’s life depended on our changing our behavior. Because that really is the case. I hope we see this before it’s too late. 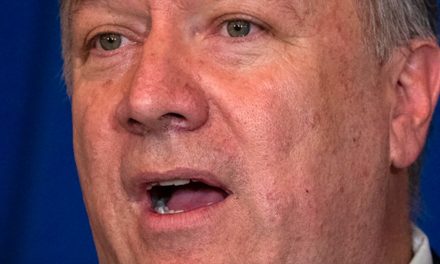