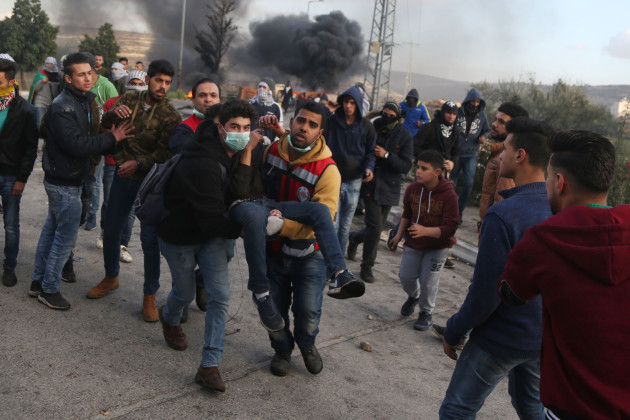 The following article provides context and analytical framework for the historic conversation between two iconic public intellectuals in the US, Daniel Ellsberg and Peter Dale Scott. Their conversation was arranged by Aaron Good and was recorded at the College of Marin for Project Censored’s “Media Freedom Summit 2.0: Critical Media Literacy for Social Justice.” The nearly four-hour conversation was edited for two broadcasts of the Project Censored Show that can be heard here  part 1 and part 2.

During World War II, US elites pondered how to respond to the risks and opportunities presented by the cataclysmic conflict.  The most significant and systematic effort to formulate a strategy for the war and its aftermath was the War and Peace Studies Project carried out under the auspices of the US State Department and Wall Street’s Council on Foreign Relations (CFR).  The endeavor was funded by the Rockefeller Foundation which of course represented a massive concentration of Standard Oil monies.  The State Department side came to be eclipsed by the CFR side and as a result, the strategy that emerged differed distinctly from the political views and approaches that we associate with FDR’s presidency.  In sum, the project called for US entry into the war—which it would win—and a postwar era of US hegemony over the world capitalist system.

The CFR position was most famously expressed in an essay entitled “The American Century,” written by CFR member Henry Luce, the publisher of Time, Life, and Fortune magazines.  Recognizing the fateful consequences of such an imperial turn in US politics, Vice President Henry Wallace advocated instead for a “century of the common man”—a global New Deal that would allow the benefits of human technology to be shared with the world, including formerly exploited and colonized peoples.  Wallace’s voice did not carry the day; against FDR’s wishes, the party bosses removed him from the ticket in 1944, replacing him with the much more pliable Harry Truman.  Among President Truman’s accomplishments were the dropping of two atomic bombs on a defeated Japan and the creation of the CIA.

World War II compelled the US to create a massive military and intelligence bureaucracy.  The outbreak of the Cold War—for which the US was largely responsible—provided the impetus for maintaining and expanding the US military and intelligence establishments.  The US plans for global hegemony required conceiving of the Soviets as single-mindedly hellbent on domination of the world’s economies, cultures, and peoples.  Once broadly accepted, the Cold War paradigm facilitated the establishment of widespread state secrecy and the abrogation of the rule of law in many important respects.  This is most obvious in the way the US has routinely violated the UN Charter which outlaws aggression or even the threat of aggression between member states.  Since the US Senate ratified the UN Charter and the Supremacy Clause of the US Constitution establishes ratified treaties as “the highest law in the land,” the great bulk of US military and paramilitary operations have been illegal according to international and US domestic law.

American democracy has become overwhelmed by the anti-democratic forces aggrandized by the US hegemonic project.  Decisions are made in irresponsible secrecy and important facts are obscured in a haze of public relations propaganda.  Over the course of the decades following World War II, it became increasingly difficult if not impossible for the American public to grasp political realities, much less shape them through informed debate and political participation.  In this context, the prophetic voices of Daniel Ellsberg and Peter Dale Scott take on historical significance.

Beginning with his leaking of the Pentagon Papers, Ellsberg has revealed the inner workings of the national security state.  He subsequently wrote two memoirs, Secrets and The Doomsday Machine, dealing with the culture and implications of state secrecy and America’s hair-trigger, omnicidal nuclear war machine, respectively.  It is not possible to quickly summarize Ellsberg’s contributions to furthering our grasp of historical truth.  One observation from Secrets is worth recounting here.  After receiving his very high-level security clearances, Ellsberg came to realize that there are three questions that are generally never heard in the higher circles of imperial policymaking or “national security” deliberations if one prefers.  To paraphrase, the questions are “Is it legal?”, “Is it moral?”, and “Are we lying?”

Though less well-known, Peter Dale Scott has likewise expanded political and historical understandings in incomparable ways.  His early political writings dealt with parapolitics—a term he coined to describe the practice of politics whereby accountability is deliberately obscured.  His study of the Vietnam War and CIA covert operations impressed upon him the need to grapple with events which may have great historical and political significance but whose fundamental details are intentionally obscured by powerful state and non-state actors.  After spending almost two decades mapping out the parapolitical, Scott began writing about deep politics—the political and historical institutions and arrangements that are suppressed rather than acknowledged in public discourse.  Informed in part by his Kennedy assassination scholarship, the shift toward a deep politics framework was necessitated by institutions whose confluence was unknown to the public and mainstream academics (for more background, see Scott’s Glossary of Open Politics here).

As with parapolitics, the intelligence agencies were key actors, but not merely through their various disparate covert operations.  Rather, the intelligence agencies had established long-term and partially discursive relationships with the overworld of the corporate rich and the underworld of organized crime.  The modi vivendi between “legitimate” wealth and the underworld predated World War II, but the establishment of the modern US intelligence agencies added a well-funded bureaucracy, de facto legal immunity, and a veil of secrecy which collectively served to empower and more deeply institutionalize these suppressed currents of the emerging US-led capitalist world order.

Eventually, Scott came to understand that these institutions were so powerful and so synergistically devoted to a policy of military and economic dominance as to confound conventional definitions of the state.  Thus, Scott began delineating the deep state long before the MAGA crowd tainted the term with their ill-informed and largely nonsensical misappropriation of the concept.  The deep political institutions collectively exerted such power as to frustrate democratic rule in any meaningful sense.  America’s public state or democratic state would somehow need to be reinvigorated if the US were to reverse course and abandon the deep state-driven global dominance imperative.

America’s hegemonic reign has given rise to three converging crises for humanity.  The first is the very real and ever-present danger of nuclear omnicide—the manmade extinction of the species.  Daniel Ellsberg’s nuclear memoir The Doomsday Machine uses Ellsberg’s experiences as a nuclear planner at the highest levels of government to illuminate, more than any other work, just how perilous our nuclear arsenal is.  The second major crisis is environmental, with climate change as the most obvious threat to humanity.  The third crisis is what I would describe as capitalism’s rolling holocaust—the estimated 40,000 people who die every day due to lack of access to adequate nutrition, potable water, and/or basic health services.  An expenditure representing a small fraction of the annual US military budget could virtually eliminate such deaths, yet no such effort is forthcoming.

Here again, the American deep state’s catastrophic success in crushing progressive political institutions has so effectively divorced wisdom from power that a sane response to the crises is nigh unimaginable.  It is this context that we present the accompanying illuminating discussions between Daniel Ellsberg and Peter Dale Scott.  It was truly an honor to have been able to organize this and to serve as an interlocutor with these two peerless iconoclasts.

Their nearly four-hour conversation was edited down for two broadcasts of the Project Censored Show—listen to  part 1 and part 2.