Farmers in New Zealand Are Offended by Climate Change Curriculum 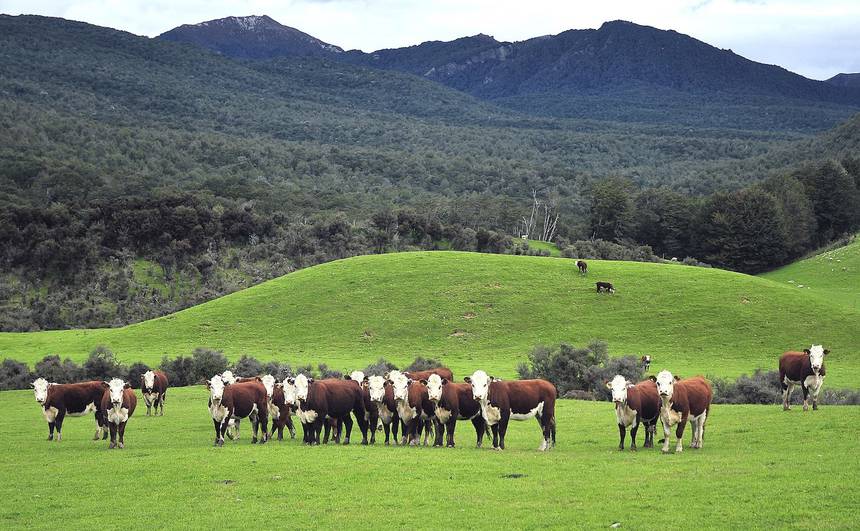 Advice to eat less meat and dairy is seen as “biting the hand that feeds.”

New Zealand introduced its new climate change curriculum to schools in January, but not everyone is happy about it. Farmers are upset by the curriculum’s advice to eat less meat and dairy, saying they feel unfairly targeted. Dairy farmer Malcolm Lumsden told Reuters, “If they are going to continue to bite the hand that feeds them, and farming feeds New Zealand, then they are going to lose out in the long term.”

The curriculum, which is not mandatory and is made available to any schools that choose to use it, does point to industrial agriculture as being a major source of greenhouse gas emissions. It encourages students to “eat less dairy and meat, have meatless days each week, eat more fruit and vegetables, drive less, recycle and buy secondhand when possible.”

Some of these suggestions, however, are being challenged for not being scientifically sound. Tim van de Molen, a politician with the opposition National Party, said,

“What we are seeing currently around proposals where people should be looking to have Meatless Mondays or that dairy farming is terrible for the climate, those sorts of things are very opinionated and don’t have a clear scientific basis. It’s clear that farming has an impact on the climate — so does everything, and so that’s where we need to be very clear.”

I’m not sure what scientific studies van de Molen has been reading (or not reading, for that matter), but animal agriculture is firmly entrenched in the scientific world as a driver of emissions, particularly methane, which warms the Earth 86 times faster than carbon dioxide. A brand new study has shown that cutting the consumption of animal products in half would reduce dietary-related U.S. greenhouse gas emissions by 35 percent. It is just one of countless other studies that have made similar conclusions – the cutting out meat and dairy from one’s diet is the single most effective way to fight climate change.

Animal agriculture is also linked to groundwater contamination, antibiotic resistance, and the spread of infectious disease, both among animals and the workers who process the meat. The signs are all around us. No matter how we look at this, the current industry is unhealthy, unsustainable, and harmful.

Kids aren’t clueless. They hear about impending global catastrophe. They know that every year they’ve been alive has been a record-breaker in terms of heat. They’ve watched Greta Thunberg. Something’s clearly off, and they deserve to be given the tools with which to comprehend it and to act. The curriculum is a response to kids “really crying out for something like this,” in the words of New Zealand’s climate change minister James Shaw. He went on to say, “They’re seeing stuff on social media on a daily basis and none of it’s good news, and the sense of powerlessness that comes from that is extremely distressing.” They deserve the knowledge with which to make their own decisions.

This isn’t about “biting the hand that feeds,” but rather engaging in thoughtful discussion and debate over how humans could be fed in ways that are better and gentler for the planet. And yes, it’s uncomfortable for everyone involved, even the students who have grown up eating the same foods their entire lives and are being asked to change that. We still need farmers’ food as much as ever, but it would be reckless to assume that the system of industrial food production that now dominates can be left as it is. It cannot be, and future generations will demand better.

Livestock farmers should not be so offended, but rather be open to this debate so as not to become outdated or irrelevant. They need to listen. If young people want to eat fewer animal products, they have every right to do so, and will likely be buying more beans, oats, and vegetables in coming years. Now’s the time for farmers to pay attention.

5 of the Best Ted Talks About Renewable Energy