GPI vs. GDP: Does Size Matter More Than Substance? 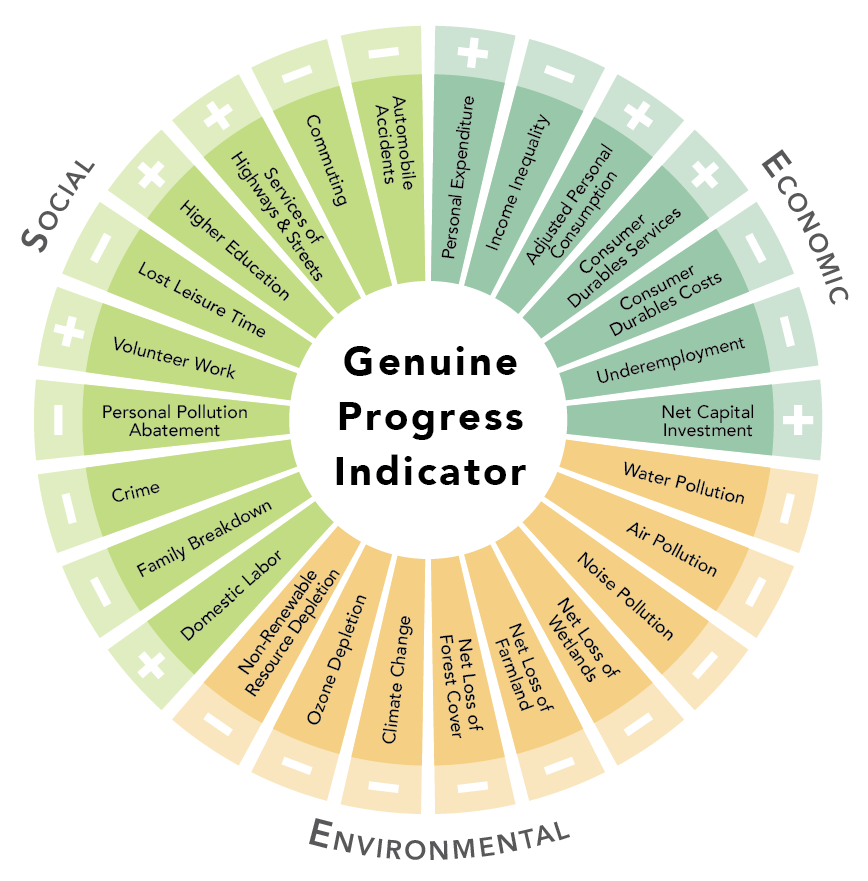 U.S House Representative Ilhan Omar (D-MN) recently introduced a bill in Congress to overhaul GDP, the nation’s most watched economic indicator. July 30th she introduced the Genuine Progress Indicator (“GPI”) Act. It would be a significant change for the trajectory of the socio-economic system.

GPI is a new way to calculate GDP, but passage of the act in Congress is dependent upon whether it can displace the all-important “only size matters” syndrome that underlies and determines GDP. In contrast, GPI offers considerable substance and a new way to measure economic performance that’s in concert with the planet and with its inhabitants.

Hopefully, GPI gets a decent hearing in Congress because major turning points in socio-economic and political affairs can make a difference for generations to come.

A prime example of a positive turning point is the Battle of Saratoga in 1777 victory by the colonists over the British, which was the world’s greatest army at the time. It was a crucial turning point in the American Revolution, convincing France to enter the conflict on behalf of the colonists. That turning point brought forth a new nation.

Today, we may be witnessing one more major turning point via Representative Ilhan Omar (D-MN). Her proposal has the potential to change the socio-economic trajectory of America and the world in a multitude of ways by leveling the playing field for income distribution, infrastructure development, fair labor practices and ecosystem sustainability, none of which GDP recognizes.

GDP only measures the “size of the economy” whereas GPI measures the true breadth of economic benefits and losses, such as: (1) unpaid labor (2) sustainable job skills (3) infrastructure and (4) ecosystems services, as well as accounting for the costs of growth and its collateral issues: (a) resource depletion (b) greenhouse gases (c) income inequality, and (d) domestic abuse. GDP ignores all of the aforementioned.

GPI may be the only way to unify attention for badly needed mitigation efforts of life-sourcing ecosystems. Without them, the planet will die.

Meanwhile, as for GDP, certain questions must be addressed: Growth for whom and at what costs? GDP does not husband life-sustaining resources, but it does consume those same resources, which is an overt expression of a civilization that has lost its way on a trip down the proverbial rabbit hole.

Omar’s proposed bill says: “To direct the Secretary of Commerce to establish an alternative metric for measuring the net benefits of economic activity, and for other purposes… the ‘genuine progress indicator’ to measure the economic well-being of households, calculated through adjustments to gross domestic product that account for positive and negative economic, environmental, and social factors that contribute to economic activity….” That is brilliant!

The “costs” listed within GPI actually define the impending extinction risks for the world at large, for example, costs that are missing from GDP but included within GPI: (1) water, air, and noise pollution at the household and national level (2) loss of farmland and productive soils, including soil quality degradation (3) loss of natural wetlands, primary forest area and other at-risk ecosystems (4) high amounts of carbon dioxide and other greenhouse gas emissions (5) depletion of the ozone layer (6) depletion of nonrenewable sources of energy.

Unfortunately, it’s not likely that GPI will get out of committee in the House of Representatives for several obvious reasons: If the costs listed in GPI were adapted to GDP, actual reported GDP would be all minuses, like -5% to -25%, not +2% to +6%.

Oops! How would the Dow Jones Industrial Average react? Most likely, it would go haywire, directionless, out of control, similar to many ecosystems of the planet that have gone haywire, like the Amazon Rainforest (alarmingly becoming a carbon emitter instead of a carbon sink) or the Great Barrier Reef (>50% of corals bleached in only 5 years) or Siberian permafrost (biggest fires ever recorded) or the Arctic (tragic loss of world’s biggest reflector of solar radiation) or Greenland (big super meltdown underway) or Antarctica (glacial ice flow accelerating way beyond expectations) or the 2/3rds loss of wild vertebrates in less than 50 years.

So, yes Representative Omar’s GPI bill is an excellent idea, but it will likely fail because only size matters in America, and America’s GDP proves it by ignoring reality: (1) pollution costs ignored (2) loss of crucial farmland (3) toxic poisoning (pesticides) of soil (3) monoculture artificial fertilized crop soil degradation (4) paved wetlands destroy “kidneys of the planet” (5) excessive greenhouse gases (the US emits 28% of world emissions with only 5% of world population) (6) subsidizing depletion of nonrenewable sources of energy.

It’s little wonder that the planet is regurgitating a sickness that is endemic to anthropogenic influence throughout the biosphere with raging fires, destructive flooding, and killer heat waves.

Alas, focus on GDP will never heal a broken planet.

GDP does not calculate its own costs of infinite growth. It cannot because the calculation would be negative every year. And, in an act of absolute absurdity, GDP is measured quarterly, as are corporate profits. So, every three-month performance is meaningful, which is insane, childish, and flat-out stupid. This “hurry up and report the quarter” dicta resembles a shell game. In contrast, ecosystems require a lot of time, much longer than three months. Nature doesn’t compute by the quarter. Conversely, GDP is in such a hurry.

Ilhan’s proposal for GPI is geared to a society that values sustainability of resources and concern for the health of the biosphere and for its inhabitants. But, sad to say, it doesn’t realistically fit into today’s world of neoliberal capitalism. There’s no open slot for anything other than profits. We all pay a price for those profits.

Moreover, it is doubtful that an accurate calculation of depletion and destruction of ecosystems is possible at today’s rapid rate. Who could possibly keep up with it?

Still, it’s brilliant to get the concept into the public domain, and one can only hope.