As a former sex worker herself, the 39-year-old transgender woman knows that the victims they find will be tired and hungry after a night on the streets.

She also speaks their language, Pajuba, a mix of Portuguese, Yoruba and other African languages used by transgender Brazilians to communicate without others understanding.

“I decided to speak it to make them more comfortable,” Rodrigues told the Thomson Reuters Foundation as she recalled her first police raid last August.

Rodrigues’ participation is part of a new strategy initiated by federal and labor prosecutors of taking transgender workers on raids to help victims and give them the confidence they need to leave their pimps.

Many are forced from their homes and end up in brothels and boarding houses, working in slave-like conditions.

Rescue attempts can be difficult because some fear they will be left homeless or arrested, even though prostitution is not a crime in Brazil.

“If (Rodrigues) wasn’t there, the criminal investigation would proceed all the same, but we would not be able to rescue the victims,” said federal prosecutor Sabrina Menegario.

“To me it’s indispensable to have a transgender person as part of the team.”

Brazil is the most dangerous country in the world to be transgender, according to the Trans Murder Monitoring project, with at least 167 people killed in 2017.

Rodrigues was thrown out of the family home in Sao Paulo after coming out as transgender when she was about 16.

With no formal education, she briefly made a living as a prostitute before becoming a hairdresser. The turning point came in 2015 when she was able to go back into education with the help of a program the city of Sao Paulo ran for trans women.

“We had classes on human rights, which was essential to my education,” Rodrigues said. “I learned a lot about international rights for transgender people.”

She set up the charity she now runs in 2016 to help trans women who had escaped abusive relationships with their pimps, and her name was put forward when prosecutors began looking for consultants to help with rescue operations.

Her role is to talk to victims, make sure their rights are respected.

But she provides much more than moral support.

Seven of the 13 trans women rescued in the first raid she attended last year went to a shelter run by her charity, Instituto Nice.

The next operation she attended in March also included a transgender labor inspector, and led to the rescue of 17 victims, three of whom went to the shelter.

As well as providing a place to stay, Instituto Nice helps the women alter their birth certificates to reflect their new gender and name, and runs courses that teach them job skills.

At the shelter, former sex workers told the Thomson Reuters Foundation many pimps offered housing for a daily fee, with some also imposing rules that the women are fined for breaking, forcing them into debt.

Those who cannot pay risk being beaten, starved, or forced into prostitution.

Many are afraid to leave without paying their debts, or feel an emotional connection to their abusers, said Larissa Raniel, who works as a consultant for Instituto Nice and has also taken part in a police raid.

One trans woman she found lying on a mattress on the floor said she was HIV positive, but would not leave with her debt unpaid.

“She was so thin,” said Raniel. “She had medication, but would not take it every day.”

LOOKING TO THE FUTURE

Traffickers also lure trans women by promising them help with body-changing surgery, then overcharge for illegal and risky procedures, pushing them further into debt.

Julia – not her real name – was among those rescued on Rodrigues’ first operation last year.

The 20-year-old racked up debts of 4,000 reals ($1,000) in the months she spent with an abusive pimp whom she agreed to pay for five liters of industrial-grade silicone to change her shape. A liter of the product, unfit for medical use, can be bought for about 50 reals.

“I would have to stay working there for years and years to pay back the money,” said Julia, who was rescued before the procedure could take place. She now has a regular job and health insurance, and has started undergoing hormone treatment.

The survivors rescued in the March raid have not yet found steady work, though Alana, 19, got a gig as a hostess during an LGBT+ event held by the Spanish Consulate in Sao Paulo last month.

Now she is looking towards the future and hopes to go to university to study psychology.

“I like it, trying to help people with words,” she said. “If they listen to me or not, it’s up to them.” 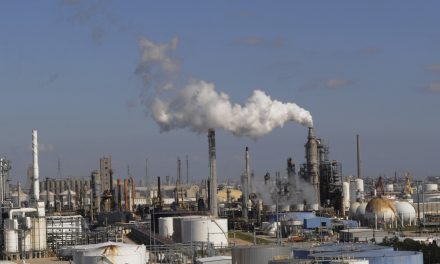