The United States of Aggression: War With Iran Would Spell the End of the Republic

Who do we think we are? Truly. The latest reports that the Trump administration is considering plans for deploying 120,000 troops to the Middle East – presumably to strike Iran – demonstrates how Washington’s foreign policy has finally gone off the rails. Crazier still, the impending war with Iran isn’t even the today’s biggest news story – what with all the nonsense, soap opera hullabaloo about the Mueller Report – on mainstream media outlets. What the proposed plan constitutes is nothing less than the most important, and disturbing, global issue of the day. This is how it should be reported by a truly adversarial media: The United States is preparing for an aggressive, illegal, and unwarranted war against another sovereign power thousands of miles from its shores. Again! All true citizens should be beyond appalled and screaming dissent from the rooftops.

The proposed plan comes on the heels of Iran’s decision – prompted by U.S. hostility – to withdraw from certain, though not all, Joint Comprehensive Plan of Action (JCPOA, better known as the Iran nuclear deal) requirements. This shouldn’t come as any surprise. In fact, it’s incredible that Iran stayed in compliance with the treaty as long as it did. After all, it was the United Statesthat unilaterally scuttled the deal – with which its own intelligence services admitted Iran had complied with – against the advice of its European allies and even Secretary of State Tillerson. By reimposing sanctions on a compliant Iran, the US acted aggressively and actually vindicated any Iranian counteraction. Indeed, President Rouhani had some justification for his claim that Tehran’s move didn’t violate the agreement, per say, but that actually the JCPOA permitted it since reimposition of sanctions was “grounds to cease performing its commitments under this JCPOA in whole or in part.”

This staggering military plan is only the latest escalation in a dangerous tit-for-tat game of chicken between Iran and the US Furthermore, it is Washington which has most often been the aggressor. The US, not Iran, recently deployed an aircraft carrier strike force and B-52 bombers to the Persian Gulf. The US, not Iran, needlessly began a provocative semantic battle when it designated the Islamic Revolutionary Guards Corps as a terror organization. So aggressive and unnecessary was this move that Iran’s subsequent retort that the real terror outfit in the region is USCENTCOM seemed disconcertingly accurate. Moreover, Washington has long exaggerated the level, and significance, of Iranian support for various regional proxies, such as the Houthis in Yemen, Shia militias in Iraq, and Hamas in Gaza. Bottom line: Iran currently presents no existential, strategic threat to the US

The whole sordid saga bears a striking, and disturbing, similarity to the worst foreign policy decision of the 21st century – America’s last war of choice waged in Iraq. Both were justified by inflated, vague, and alarmingly secretive intelligence reports. How’d that work out in 2003? Now, with the New York Times reporting that the magic number is again 120,000 troops – close to the number that invaded Iraq – we can deduce that even if war were warranted, the US military wouldn’t have the troops necessary to win.

The specter of war with Iran bears both hallmarks of terrible military adventures: Washington is again overestimating Iran’s bellicose intent and underestimating its capacity to defend itself. Make no mistake: war in the Persian Gulf will bloody, indecisive, and nearly impossible to disengage from. It’d be Iraq War 2.0, only worse – since Iran is bigger, more mountainous, and has a more nationalistic population than even Iraq.

The absurdity of even considering a major war with Iran demonstrates how truly Orwellian US foreign policy has become. Mr. Trump (correctly) chooses to reduce tensions with Russia and North Korea, but he still needs an enemy, a useful villain. Since loading up his administration with recycled neocons like John Bolton and Mike Pompeo – both obsessive Iranophones – it should’ve been obvious that Iran would play the scapegoat for, and justification of, America’s massive defense budget and apparent intention to maintain a military vice grip on the Mideast.

The American people hardly care about, and are excluded from, US foreign policy. A cabal of neocon Washington insiders, Trumpian buffoons, an all-powerful corporate arms dealing clique, and a compliant media seem to run America’s global affairs. Congress is hardly even consulted, as evidenced on Tuesday morning when Senator Bob Melendez – a highly placed member of the Senate Foreign Relations committee – admitted on CNN that he hadn’t been fully briefed, and didn’t fully understand, the oh-so-secretive intelligence that allegedly justifies this new military escalation in the Persian Gulf. That’s scary!

It is war that the unelected hyper-hawks like Bolton and Pompeo want, and, with an apathetic citizenry, uniformed Congress, and pliable president, it is war they may just get. Such a fight would be bloody, difficult, costly, and hard to end. It would shatter any remnants of regional stability and only serve to empower the two hidden hands behind this bellicosity – Saudi Arabia and Israel. To invade and/or attack Iran would, once and for all, spell the end of any fiction of the US remaining a representative republic governed by the popular will and international norms. Instead it’d be exposed for what it has long been becoming – a rogue, hegemonic empire bent on power and destruction.

If I were still in uniform, and I thank my lucky stars that I am not, I’d likely file as a conscientious objector. Indeed, I can hardly understand why most servicemen will not take such a drastic step. Though, admittedly, I too failed to do so during the horrific Iraq War.

Still, if loyal foot soldiers, a vacuous media, and an indifferent Congress march along to war in Iran, Roman history would repeat itself – as the empire finally swallows the republic whole. 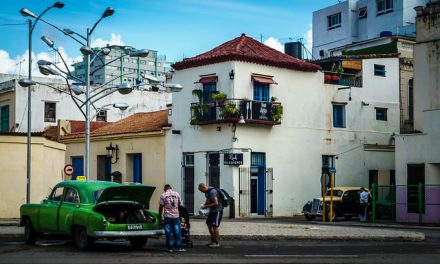