“One in every 10 breaths of oxygen you breathe in is thanks to these little guys.”

Why Global Citizens Should Care
Plastic waste has become an urgent ecological crisis, threatening ocean and land animals. The United Nations campaigns for countries to cut down on plastic production and do a better job at managing plastic waste. You can join us in taking action on this issue here.

Chemicals leached from ocean plastic are endangering marine bacteria that produce up to 10% of the world’s oxygen, according to a new study published in the science journal Communications Biology.

“We found that exposure to chemicals leaching from plastic pollution interfered with the growth, photosynthesis, and oxygen production of Prochlorococcus, the ocean’s most abundant photosynthetic bacteria,” Dr. Sasha Tetu, lead author and Macquarie University researcher, said in a press release.

As plastic is formed in factories, it becomes combined with additives to enhance its durability, flexibility, fire-resistance, and other factors.

These chemicals are often highly toxic to organisms, but when contained within a product, they don’t pose a direct health threat. As plastic degrades for years in marine environments, these additives begin to separate from the plastic and leach into the water.

“This pollution can leach a variety of chemical additives into marine environments, but unlike the threats posed by animals ingesting or getting entangled in plastic debris the threat these leachates pose to marine life has received relatively little attention,” Dr. Lisa Moore, a co-author on the paper, said in the press release.

The team exposed two different strains of the bacteria Prochlorococcus, the most prevalent photosynthetic organism on the planet, to chemicals taken from two common types of plastic — bags and PVC matting.

The researchers found that the chemicals impaired the bacteria’s ability to reproduce, move, and generate oxygen.

“One in every 10 breaths of oxygen you breathe in is thanks to these little guys, yet almost nothing is known about how marine bacteria, such as Prochlorococcus, respond to human pollutants,” Moore said.

Since more than 5.25 trillion pieces of microplastic are floating in the world’s oceans, and more than 8 million tons of plastic get dumped into the oceans annually, the implications of this study are grave and suggest that the oceans are being turned into toxic wastelands.

Other species including crustaceans, barnacle larvae, and mussel embryos have been found to be harmed by leached chemicals from plastic. Further, countless animals have been harmed and killed after ingesting plastic or becoming entangled in it.

This new report suggests that animals that ingest plastic face an additional threat in the form of leached chemicals.

“Our data shows that plastic pollution may have widespread ecosystem impacts beyond the known effects on macro-organisms, such as seabirds and turtles,” says Sasha.

“If we truly want to understand the full impact of plastic pollution in the marine environment and find ways to mitigate it, we need to consider its impact on key microbial groups, including photosynthetic microbes.” 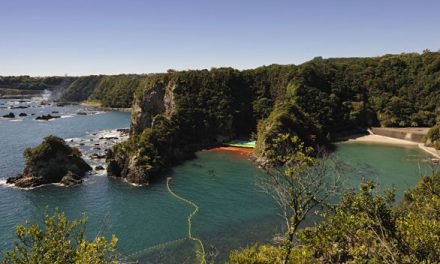