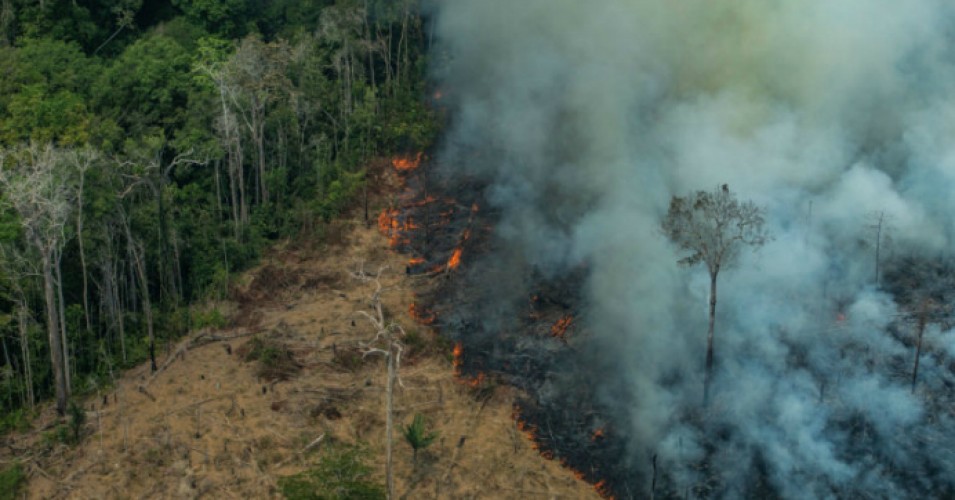 Aerial view of a large burned area in the city of Candeiras do Jamari in the Brazilian state of Rondônia. (Photo: Victor Moriyama/Greenpeace)

Indigenous tribes whose land and livelihoods are being directly harmed by the fires ravaging the Amazon rainforest vowed Tuesday to do everything in their power to resist Brazilian President Jair Bolsonaro’s “destruction of Mother Nature” and called on the rest of the world to join them.

“We’re putting our bodies and our lives on the line to try to save our territories,” Brazilian indigenous leader Sonia Guajajara, who was born in a village in the Amazon rainforest, said in a statement. “We’ve been warning for decades about the violations we have suffered across Brazil.”

“If we don’t stop this destruction of Mother Nature, future generations will live in a completely different world to the one we live in today.”
—Huni Kuin tribe

“The predatory behavior of loggers, miners, and ranchers, who have a powerful lobby in the [Brazilian] National Congress with more than 200 deputies under their influence,” said Guajajara, “has been getting much worse under the anti-indigenous government of Jair Bolsonaro, who normalizes, incites, and empowers violence against the environment and against us.”

According to satellite data analyzed by Weather Source, there are over 2,000 fires raging in the Brazilian Amazon. The blazes sparked outrage from world leaders and dire warnings from environmentalists, who say the fires could accelerate the climate crisis by irreversibly damaging the “lungs of the world.”

In a statement, a group of leaders with the indigenous tribe Huni Kuin said the fires are “Mother Nature’s cry, asking us to help her.”

“If we don’t stop this destruction of Mother Nature, future generations will live in a completely different world to the one we live in today,” the tribe said. “And we are working today so that humanity has a future. But if we don’t stop this destruction, we will be the ones that will be extinguished, burned and the sky will descend upon us, which has already begun to happen.”

The Xingu peoples echoed that message in a video posted online Monday. Speaking to the people of the world as the wealthiest nations on the planet gathered in France for the G7 summit, a Xingu representative said indigenous tribes “are going to resist for the forest, for our way of living… for the future of our children and grandchildren.”

“No to the mining in our lands. No to deforestation. No more invasions and disrespect.”

Brazil’s indigenous people demand urgent action for the #AmazonFires and an end to mining in the Amazon as world leaders are set to discuss the blaze at the #G7Summit pic.twitter.com/VPrhe3uojh

Canadian author and activist Naomi Klein, writing in the Boston Globe Monday, said listening to indigenous peoples and respecting their rights is key to solving the global climate crisis with justice at the forefront.

“Colonialism is setting the world on fire,” wrote Klein. “Taking leadership from the people who have been resisting its violence for centuries, while protecting non-extractive ways of life, is our best hope of putting out the flames.”

Flames are not just burning in the Amazon. Bloomberg reported Monday that Weather Source has recorded 6,902 fires in Angola and 3,395 in the Democratic Republic of Congo.

The global Extinction Rebellion movement warned Tuesday that the fires will continue to intensify if world leaders refuse to take bold and immediate climate action.

“The longer that the inaction of the governments of the world on the climate and ecological catastrophe continues,” said Extinction Rebellion, “the worse the fires will get.” 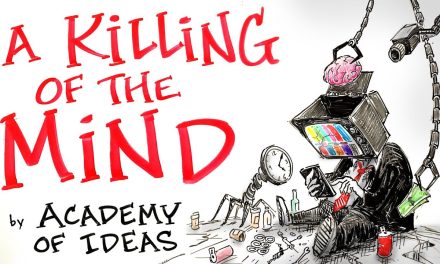