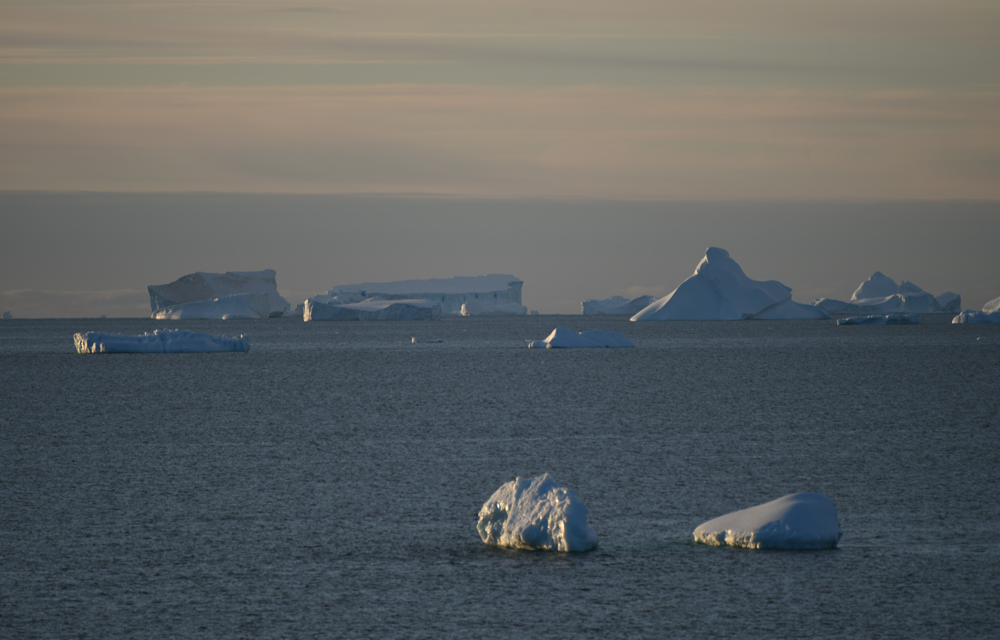 Our research into the effects of CO₂-induced changes to microscopic ocean algae – called phytoplankton – was published today in Nature Climate Change. It has uncovered a previously unrecognised threat from ocean acidification.

In our study we discovered increased seawater acidity reduced Antarctic phytoplanktons’ ability to build strong cell walls, making them smaller and less effective at storing carbon. At current rates of seawater acidification, we could see this effect before the end of the century.

What is ocean acidification?

Carbon dioxide emissions are not just altering our atmosphere. More than 40% of CO₂ emitted by people is absorbed by our oceans.

While reducing the CO₂ in our atmosphere is generally a good thing, the ugly consequence is this process makes seawater more acidic. Just as placing a tooth in a jar of cola will (eventually) dissolve it, increasingly acidic seawater has a devastating effect on organisms that build their bodies out of calcium, like corals and shellfish.

Many studies to date have therefore taken the perfectly logical step of studying the effects of seawater acidification on these “calcifying” creatures. However, we wanted to know if other, non-calcifying, species are at risk.

Diatoms in our oceans

Phytoplankton use photosynthesis to turn carbon in the atmosphere into carbon in their bodies. We looked at diatoms, a key group of phytoplankton responsible for 40% of this process in the ocean. Not only do they remove huge amounts of carbon, they also fuel entire marine food webs.

Diatoms use dissolved silica to build the walls of their cells. These dense, glass-like structures mean diatoms sink more quickly than other phytoplankton and therefore increase the transfer of carbon to the sea floor where it may be stored for millennia.

This makes diatoms major players in the global carbon cycle. That’s why our team decided to look at how climate-change-driven ocean acidification might affect this process.

We exposed a natural Antarctic phytoplankton community to increasing levels of acidity. We then measured the rate at which the whole community used dissolved silica to build their cells, as well as the rates of individual species within the community.

The more acidic the seawater, the more the diatom communities were made up of smaller species, reducing the total amount of silica they produced. Less silica means the diatoms aren’t heavy enough to sink quickly, reducing the rate at which they float down to the sea bed, safely storing carbon away from the atmosphere.

On examining individual cells, we found many of the species were highly sensitive to increased acidity, reducing their individual silicification rates by 35-80%. These results revealed not only are communities changing, but species that remain in the community are building less-dense cell walls.

Most alarming, many of the species were affected at ocean pH levels predicted for the end of this century, adding to a growing body of evidence showing significant ecological implications of climate change will take effect much sooner than previously anticipated.

Marine diversity is in decline

These losses in silica production could have far reaching consequences for the biology and chemistry of our oceans.

Many species affected are also an important component of the diet of the Antarctic krill, which is central to the Antarctic marine food web.

Fewer diatoms sinking to the ocean floor mean significant changes in silicon cycling and carbon burial. In a time when carbon drawn down by our ocean is crucial to helping sustain our atmospheric systems, any loss from this process will exacerbate CO₂ pollution.

Our new research adds yet another group of organisms to the list of climate change casualties. It emphasises the urgent need to reduce our dependency on fossil fuels.

The only course of action to prevent catastrophic climate change is to stop emitting CO₂. We need to cut our emissions soon, if we hope to keep our oceans from becoming too acidic to sustain healthy marine ecosystems.