In an interview with Yale Environment 360, energy researcher Tony Reames discusses the growing energy divide between rich and poor in the U.S. and the urgent need to provide low-income communities with better access to affordable clean energy technologies.

Nearly a third of U.S. households struggle to afford their energy bills, with one in five cutting back on or forgoing necessities such as food or medicine to pay for electricity and heat, according to the U.S. Energy Information Administration. Some 14 percent have received a disconnection notice, and 10 percent keep temperatures at unsafe levels to reduce costs. Of those struggling, about half are black and 40 percent are Latino.This growing divide in energy affordability and accessibility highlights the need for what University of Michigan researcher Tony Reames refers to as “energy justice.” For decades, low-income households have tried to cope with rising energy costs. Yet, as Reames’ research shows, they often have the least access to energy-efficient or clean energy technologies. He and colleagues have found that the cost to upgrade to energy-efficient lightbulbs is twice as expensive in low-income neighborhoods as it is in more affluent areas. They have also found that for every dollar Michigan utilities spend on energy efficiency programs targeted at low-income consumers, they spend as much as $4.34 on programs for higher-income consumers.

In an interview with Yale Environment 360, Reames, director of the Urban Energy Justice Lab at the University of Michigan in Ann Arbor, talks about the idea of energy as a basic right, the history of energy justice issues in the United States, and the need to improve low-income Americans’ access to the clean energy revolution.

Yale Environment 360: Last year, you and your colleagues published a studythat found the cost to upgrade to energy-saving light bulbs was twice as expensive in low-income neighborhoods as it was in more affluent areas. How did the idea for that study come about?

Tony Reames: I used to own a rental house in Kansas City. A lot of my energy justice ideas came from having that house over several years and understanding the energy issues of my tenants. This particular idea came up because one tenant called and asked if I could buy some light bulbs for the house, because she had gone to the local store and they only had, she said, “the squiggly bulbs” [compact fluorescent lightbulbs], and they were too expensive. That price shock for a low-income tenant pushed her to ask me if I could find them at a lower price.

I kept that idea with me for a couple of years. I had been reading the food justice studies looking at the cost of fresh fruit in poor and urban neighborhoods and neighborhoods of color. Then I heard a story about drugstores charging more for medications… in zip codes that were either poor or primarily communities of color. Bringing all those different ideas together, I wanted to try to look at this issue of access and affordability of energy-efficient technology. When we talk about simple ways to improve energy efficiency in people’s houses, if something as simple as a light bulb is going to cost you two times more, then we have some other challenges we need to address.

“About half the stores that we surveyed in poor neighborhoods didn’t even have LED bulbs on the shelf.”

e360: The study also found that even just finding one of these light bulbs in a low-income neighborhood or a neighborhood of color was surprisingly difficult.

Reames: About half the stores that we surveyed in poor neighborhoods didn’t even have LED bulbs on the shelf. It says something about how cities develop and commercial development. Also, if utility companies are benefiting from or being required to do energy efficiency improvements or install energy efficiency measures across their customer base, they need to partner with some of these smaller retail stores in urban areas, instead of just going after the major players like Lowe’s and Home Depot. They, a lot of times, aren’t located in the urban core.

e360: The term “energy justice” is still relatively new. How exactly would you define the concept?

Reames: Energy justice started out as this broad “developed” versus “developing” nation idea, thinking about the responsibility of developed nations to ensure access to modern energy technology in developing countries. But we have seen that there are disparities even within developed countries like the U.S. that should be addressed and should be understood from a justice perspective. When I think about it, I think about fair and equitable access to energy technology, fair and equitable participation in energy decision-making, and also this idea of energy as a basic right, because it’s so important to everything we do in life. That means energy needs to be affordable, and also clean and efficient. 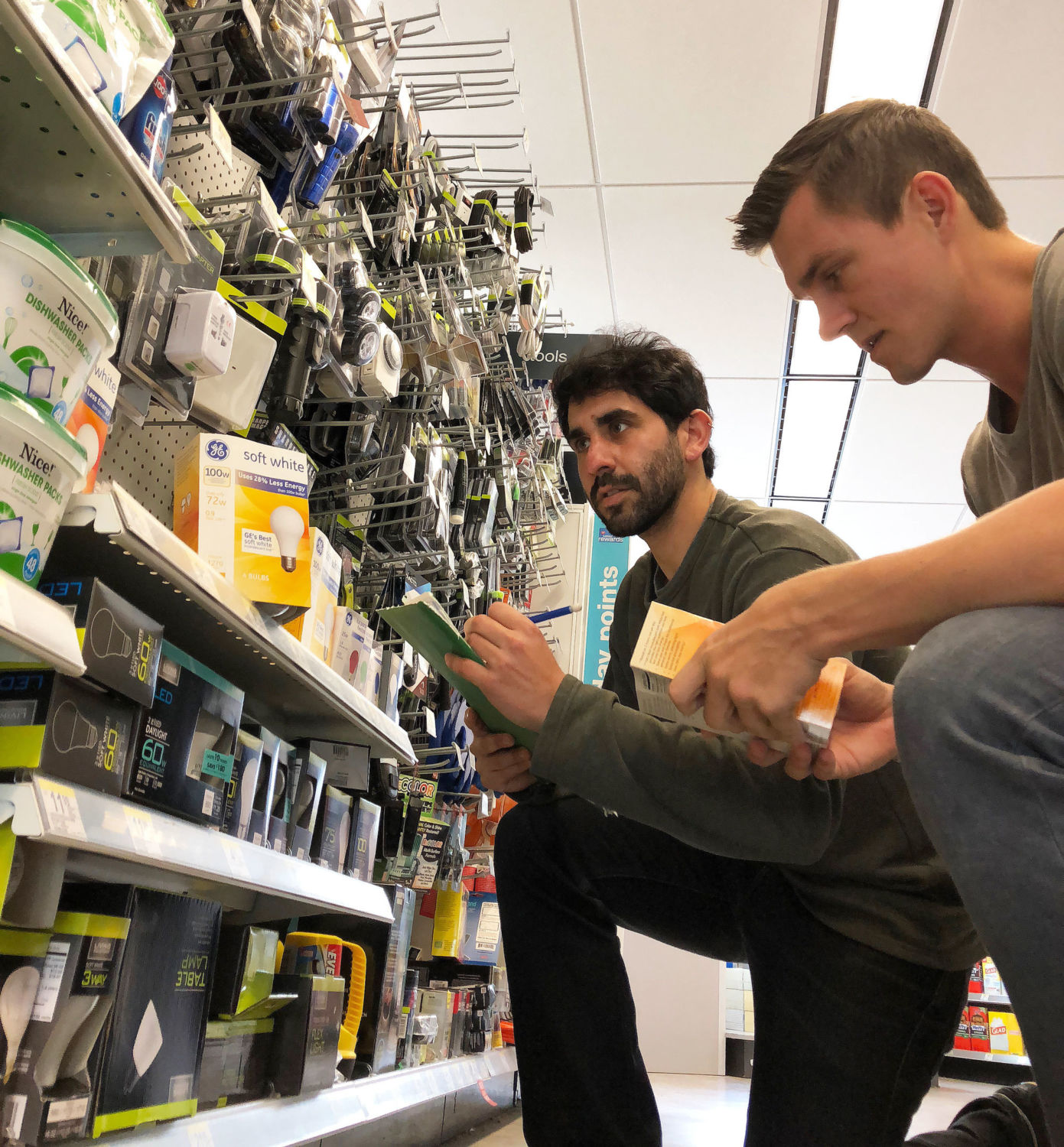 e360: Do you think that policymakers and the energy industry are aware of these disparities?

Reames: One of the interesting things that pushed me into this area is that we have these two large, federal energy assistance programs: the Low Income Home Energy Assistance Program, known as LIHEAP, and the Weatherization Assistance Program, known as WAP. We’ve been doing these since the ’70s and ’80s. In the era of the oil crisis of the ’70s, we recognized this affordability disparity between poor households and non-poor households. Government action at that time was to create these programs that have been long-running. But I think there is a lack of recognition that we need to be a little more innovative and that it can’t just be these federal programs.

Reames: This study was in response to questions that some community groups had about whether funding for energy efficiency was being equitably distributed across the utility service territory. We looked at the two largest investor-owned utilities [in Michigan] that are required by the state to do energy efficiency programs and also have a carve out for low-income households.

In a larger study [looking at utilities in more states], we found that basically each state does it differently. Some states may say, “Ten percent of your investments this year need to go into low-income households, regardless of what percentage or proportion of your customers are low income.” Michigan has no limit or no floor in what utilities have to spend. Some utilities have taken it upon themselves to say, “We’re going to spend more based on our proportion of low-income households.”

There are all these social challenges that play into how these inequities manifest. I’m not saying they’re intentional, but they’re real and I think they need to be recognized. That’s where you see $1 in low-income programs versus $4, because some of those low-income programs are like passing out light bulbs, which are lower cost, versus higher-income households getting rebates on furnaces and hot water heaters and AC units and things like that.

“The UK and other European countries have actually said that energy poverty is a distinct form of poverty.”

e360: How does the U.S. compare to other developed nations in terms of energy equity?

Reames: One of the reasons I got into this work is the “Fuel Poverty” concept in the UK and other European countries. They’ve actually said that [energy poverty] is a distinct form of poverty that has all these other health implications, social implications. They view it as a national issue. It’s codified in law. There are agencies that are working on ways to address this. They have maps, they have research funding for this topic. What that does is allow them to identify a number of households and a target, so they look to reduce fuel poverty by X percent every year. That’s something I would really love here in the U.S.

e360: Polling has shown that minorities and low-income communities are often the most concerned groups of people about the impacts of climate change, yet they also face significant obstacles if they want to go green. What are the biggest challenges?

Reames: One of the first studies I did for my dissertation was looking at the barriers that continue to exist operating the [federal] low-income Weatherization Assistance Program. People often say the first barrier to greening your home is the cost. I wanted to know what barriers still existed once that first one was removed. This project in Kansas City called The Green Impact Zone was using some of the federal dollars through the stimulus to go around and improve the energy efficiency of homes in an urban, low-income, majority African American, 150-block area. One of the big challenges that stuck out was the issue of trust. Minority communities have experienced a lot of predatory financial actions, so anytime this idea of free or low cost, or the idea of someone having to come in your house to do something, there’s a huge barrier there. Diversifying the field of people who do this type of work, so it could be people who look like those who live in the neighborhoods you’re working in could be one way.

Also, using community anchors or trusted community partners. I know some communities have done solar installations on churches, so then you get people in the community that attend the church to learn about solar from a trusted partner.

The second major barrier is some of the institutional structures that make it so difficult for, especially poor people, to access programs. You have to bare your heart and all your information and be completely vulnerable just to be able to get assistance. You have to go from one office to another office, so there’s a lack of coordination between programs. Even with the two federal programs that I was talking about, LIHEAP is operated by Health and Human Services, and WAP is operated by the Department of Energy. Sometimes those programs are operated by the same agency at the state level or even the county level. But because of the reporting structures to the federal government, it makes it difficult for an agency to see that someone’s been getting energy bill assistance through LIHEAP for four years, so maybe we ought to go and use WAP to make that person’s house more efficient.

e360: How much of this energy injustice is related to home ownership? You’ve talked about replacing furnaces and similar actions, but if you rent, you seemingly have no course of action other than to change your light bulbs.

“You can see through the data that there’s a difference in the efficiency between houses owned and houses rented.”

Reames: That’s so true. You can definitely see through the data that there’s a difference in the efficiency between houses owned and houses rented. With the weatherization program, we notice that about 80 percent of those funds go to owner-occupied housing, and about 80 to 90 percent of renters pay their own electricity bill. There’s no real incentive for landlords to participate in these programs, especially as they come with restrictions on raising the rent for a few years. Finding ways to entice landlords to do this is one of the conversations we’re having.

e360: Much of the research that you and your group has done has been based in Detroit or in the surrounding areas. Detroit has been highlighted as the shining example of a Rust Belt community reinventing itself through the lens of sustainability and green innovation. Is everyone benefiting equally in this reinvention?

Reames: Based on my assessment, the answer is no. But it takes some time, and that’s always a challenge when you’re trying to revitalize a city, especially when you’ve lost population. It’s like the focus is getting people back in, sometimes less than on the people who have stayed through the devastation. It seems like the tide is turning. I feel like the two things can coexist. You can have new development, but you can also have healthy, thriving, existing neighborhoods. I hope that’s where we’re going.

To Stop Destruction of Liberia’s Rainforest, He Put His Life on the Line