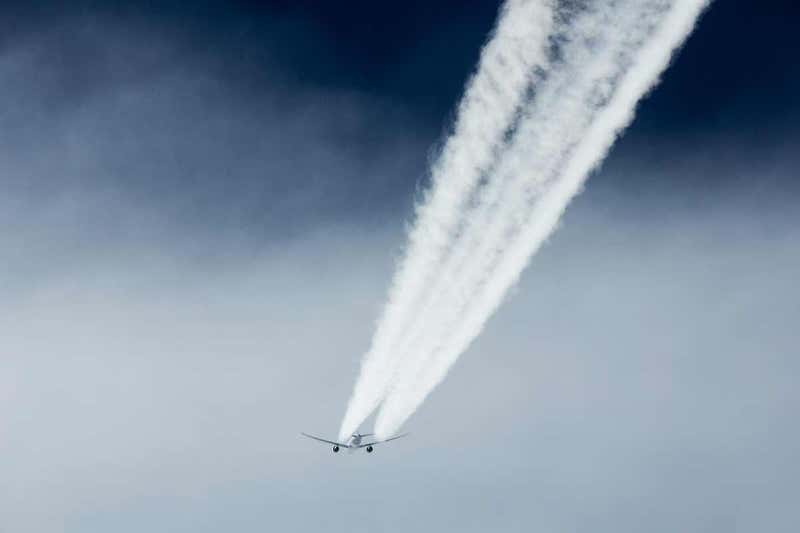 The contrails left by aeroplanes last only hours. But they are now so widespread that their warming effect is greater than that of all the carbon dioxide emitted by aeroplanes that has accumulated in the atmosphere since the first flight of the Wright brothers.

Worse still, this non-CO2 warming effect is set to triple by 2050, according to a study by Ulrike Burkhardt and Lisa Bock at the Institute of Atmospheric Physics in Germany.

Altogether, flying is responsible for around 5 per cent of global warming, the team says, so this figure will soar even higher – and no meaningful actions are being taken to prevent this.

“Lots of people talk about the need to stop air traffic increasing all the time, but this is not taken that seriously,” says Burkhardt.

And the discussions that are taking place focus almost entirely on the associated CO2 emissions. “That’s a problem if the non-CO2 effects are larger than the CO2 ones,” she says.

“The non-CO2 warming is the elephant in the room,” says Bill Hemmings of Transport & Environment, a Belgium-based campaign group.

All aircraft that burn fuels leave behind a trail of exhaust fumes and soot. At high altitudes, water vapour often condenses on the soot particles and freezes to form a cirrus cloud that can persist for seconds to hours, depending on temperature and humidity.

Clouds can have both a cooling and warming effect. They reflect some of the sun’s rays back into space, but also block some of the heat radiated by Earth’s surface. On average, both thin natural cirrus clouds and contrails have a net warming effect.

Burkhardt and her colleagues used a computer model of the atmosphere to estimate how much warming contrails caused in 2006 – the latest year for which a detailed air traffic inventory is available – and how much they will cause by 2050, when air traffic is expected to be four times higher.

The model accounts for not only of the change in air traffic volume, but also the location and altitude of flights, along with the changing climate.

The team concludes that the warming effect of contrails will rise from 50 milliwatts per square metre of Earth’s surface in 2006 to 160 mW/m2 by 2050.

In comparison, the warming due to CO2 from aviation will rise from 24 to 84 mW/m2 by this time.

In a scenario in which the airline industry increases fuel efficiency and reduces the number of soot particles emitted by improving fuels and engines, the warming from contrails by 2050 is limited to 140 mW/m2 and the warming from CO2 to 60 mW/m2.

But reducing contrail warming won’t be easy. “It’s much harder than CO2,” says Burkhardt, and we aren’t doing anything effective about that either.

An international scheme called Corsia is supposed to limit aviation emissions. But its plan is instead to offset emissions, an approach known to be ineffective. What’s more, the airline industry is trying to use Corsia to block additional measures such as taxes on aviation fuel.

And then there is the non-CO2 warming. “The attitude has been that there are uncertainties, so let’s sit on our hands and do nothing,” says Hemming.

There are indeed large uncertainties whenever clouds are involved, says Burkhardt, but these go both ways. The study could be underestimating contrail warming by as much as 70 per cent.

The one bit of good news is that as contrails become more common, they reduce natural cirrus cloud formation by using up all the water available. This cuts the overall warming effect attributable to contrails by a fifth. 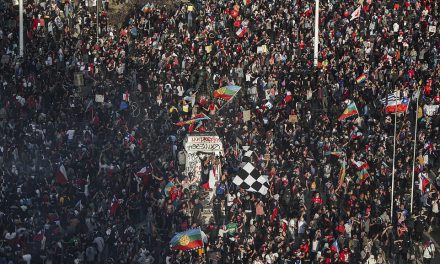 Othering & Belonging: An Interview with john a. powell