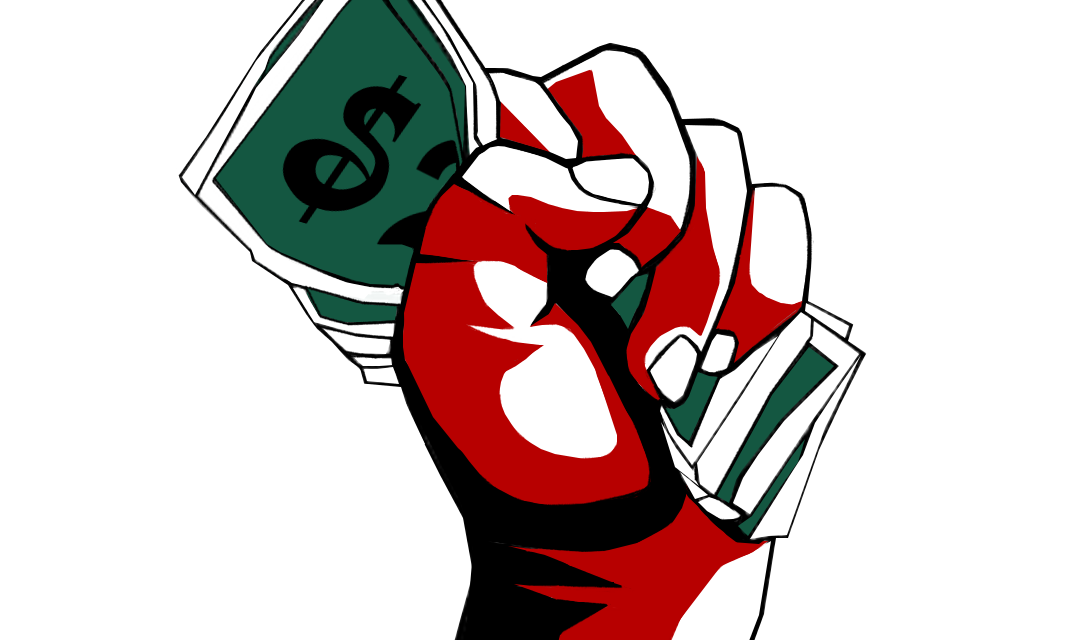 There’s a problem with America’s favorite statistic: GDP. It avoids pretty much everything that’s actually, truly, really good for society, including the importance of robust ecology. Still, it’s the biggest measure of what’s happening with the economy and used around the world, even though horribly flawed.

According to some forward thinkers, Gross Domestic Product (GDP), the monetary value of all finished goods and services, is a distortion that needs fixing.

Nobel-winning economist Joseph Stiglitz’s (former chief economist of the World Bank) new book: Measuring What Counts: The Global Movement for Well-Being, The New Press, 2019 tackles the issue by exposing its paramount importance in judging how society gauges prosperity or alternatively the failure of prosperity, e.g. one-in-eight Americans (40 million) is on food stamps during the longest economic expansion in memory and 40-50% of Americans don’t have $400 readily available for emergencies. Is this failed prosperity?

GDP distorts reality by giving an appearance of real economic growth even as living standards stagnate for lower/middling classes. Additionally, GDP totally misses ecosystem collapse by abuse/misuse/overuse, which is only noticed by the general public after it’s way too late when it’s easily noticeable, even by those of low self-esteem that blindly follow tyrannical maniacs. Hmm.

According to Stiglitz:  “The world is facing three existential crises: (1) a climate crisis, (2) an inequality crisis and (3) a crisis in democracy… Yet the accepted ways by which we measure economic performance gives absolutely no hint that we might be facing a problem.”

Accordingly, politicians see positive GDP numbers, which inspires them to continue with the status quo, meaning they do not focus on key aspects for sustainability, as well as human well-being. GDP does not compute environmental degradation. GDP does not register societal divisions that build tension over massive wealth disparity. And, GDP overlooks calculations of lowered standards of living for the abandoned middle class, as they increasingly deploy mountain-loads of debt to support bogus lifestyles.

Furthermore, according to Stiglitz: ‘If growth is not sustainable because we are destroying the environment and using up scarce natural resources our statistics should warn us… If we measure the wrong thing, we will do the wrong thing.”

Stiglitz’s new book with co-authors French economists JeaPaul Fitoussi and Martine Durand discusses alternative metrics that more properly account for details like “sustainability” as well as “how people feel about their lives.”

In other words, GDP does not paint a true-life picture. Rather, it’s a wobbly ghostly statistic that measures business activity without consideration for humanity or ecology, begging the question: What’s really important in life?

GDP numbers do not hint at trouble with (1) sustainability of resources, (2) climate crises, or (3) the well-being of the people. Yet, all three are crucial issues under stress like never before.

As an interesting side note, according to Jorgen Randers’ A Global Forecast for the Next Forty Years, 2052 – A report to Club of Rome commemorating the 40th anniversary of The Limits to Growth, Chelsea Green Publishing, 2012, there’s already a shift away from the use of GDP: “The sustainability revolution has already begun… The new paradigm already emerged forty years ago, or perhaps even fifty (with Rachel Carson in 1962). It has spread since, but it is still not mainstream. We have evolved an increased understanding of the need to replace fossil energy, but we have not really embarked on the challenge. And some — even in high places— have started to talk seriously about the need to replace GDP growth with growth in ‘well-being’ as the overriding societal goal.” (Randers, pg. 13)

GDP does not calculate, does not represent, and does not hint at the scarcity value associated with overuse/abuse of natural resources accompanied by egregious planet-wide degradation, e.g. the gooey tar sands in Alberta, Canada (This is the World’s Most Destructive Oil Operation-and it’s Growing, National Geographic, 2019).

The missing GDP calculations result in cultural upheaval as people increasingly “hit the streets” in protest, aware that “something is not right.” And, the Canadian tar sands are proof positive that something is way-way-way off course. It literally frightens the daylights out of people that seriously contemplate future prospects for society. It’s an actual horror story in the making in full operation and actually celebrated by neoliberal nincompoops. No wonder kids are protesting in the streets; adults behave like bloody fools blinded to a self-destructive stupidity. Getting oil from gluey tar sands… Really!!! Or, how about fracking with toxic chemicals! Man alive, it’s a wonder there aren’t millions of people in the streets every day.

According to NBC News (12-24-2019): “In 2019, demonstrations around the world, both peaceful and violent, were set off by social unrest over economic instability, government corruption, and inequality.”

(1) Hong Kong street protests, peaked at over 2 million people (2) Iran 304 people killed in protests over rising gasoline prices and government corruption (3) Iraq huge demonstrations over corruption in government with 354 killed (4) Lebanon a proposed internet fee brought hundreds of thousands to protest in the streets seeking economic reform and an end to government corruption (5) Chile a million protestors hit the streets sparked by a subway fare increase of 4 cents but really opposed to abuses by government, 27 dead so far (6) Columbia tens of thousands protested the government (7) Bolivia at least 17 killed as  indigenous people protested a right-wing coup, tossing out Bolivia’s most effective president of all time for the people, Evo Morales (8) the Yellow Jacket movement in France continues to protest week-by-week over pension reform (9) anti-government protests are prevalent in Pakistan (10) Russian street protestors stepped up opposition against the government (11) India huge protests against the new anti-Muslim law (12) huge protests in Ecuador over austerity measures (13) Catalonians in Spain hit the streets in protests and want to break away from the central government (14) Indonesia thousands hit the street to protest a new criminal code outlawing sex outside of marriage (15) Netherlands protesting farmers on tractors plugged up 700 miles of highways to protest Dutch parliament claims that agriculture is responsible for high emissions (16) Peruvians blockaded copper mines after larger protests against the corruption of government (17) Haiti massive demonstrations over shortages of food, oil, and electrical power, 30 dead.

Young people that see the future melting away into viscous piles of neoliberal crap lead the protests. The common themes are injustice, government corruption, unemployment, poverty, lack of government services, and a failure to respect the environment, as they rage against the traditional political class.