Alternative media circles have been buzzing for the last two days ever since news broke about the arrest of Grayzone journalist Max Blumenthal, who was reportedly jailed for two days after a SWAT-style police team showed up threatening to break his door down last Friday.

Blumenthal is charged with simple assault alleged to have taken place five months ago during the notorious standoff when the US government was working to remove the official Venezuelan government from its DC embassy and replace it with diplomats from the Guaido-led puppet government it was attempting to force into power. Dissident journalists, including Blumenthal, stationed themselves in the embassy in opposition to the illegal eviction and to document the behavior of the evictors. Blumenthal calls the assault charge “a 100 percent false, fabricated, bogus, untrue, and malicious lie.”

I watched the news of the embassy standoff with much interest, largely because the “>obnoxious, oafish behavior of the anti-Maduro counter-protesters on the scene were a perfect reflection of the obnoxious, oafish behavior I’d experienced from anti-Maduro accounts online. I’ve argued with every major political faction in America at one point or another, and some of them can be downright vile,  but I’ve never run into such an intellectually dishonest, crude, nasty group of people in my three years on this job as those who’ve been cheering on the Trump administration’s regime change agenda in Venezuela. There’s not a doubt in my mind that someone from this unscrupulous, shady group would be capable of making false allegations against a dissident journalist who disagreed with them.

“According to an individual familiar with the case, the warrant for Blumenthal’s arrest was initially rejected,” Grayzone reports. “Strangely, this false charge was revived months later without the defendant’s knowledge.”

I was arrested on Friday on a COMPLETELY FALSE charge manufactured by the Venezuelan opposition related to their siege of the embassy in DC. I spent 2 days in jail, was shackled for extended periods & was denied my right to call a lawyer. Here's the facts: https://t.co/2Nco0OzQ7P

Strange as it is, alternative media figures are the only people talking about an opposition journalist being arrested on highly suspicious grounds in a highly suspicious way. Mainstream media reporters have been completely ignoring this story.

“Arrest and caging of opposition US journalist Max Blumenthal reminds me (and others I know) of the worst of Russia,” tweeted journalist Mark Ames. “Except there, when oppo journalist Ivan Golunov was arrested, most big-name Russian journalists—including Putin-friendly—publicly supported Golunov. Here—silence.”

This silence is unsurprising at this point, because this same media class has for years been either mute or vocally favorable on the persecution of another dissident journalist, Julian Assange. Ambitious young journalists are made well aware that the very easiest way to demonstrate your loyalty to the media-owning plutocratic establishment is to participate in the relentless smear campaign against the WikiLeaks founder which has worked its way into virtually all political sectors of the western world, and the very easiest way to lose standing within the plutocratic media is to defend him.

It’s a good quote, and, understandably, people have been invoking it for the steadily escalating war on oppositional journalism we’ve been witnessing throughout the western empire. Cries of “First they came for Assange” and “First they came for the journalists” are common in circles which value the existence of a free press which is capable of holding power to account, the argument being that if you let them come for journalists like Assange and Blumenthal, it’s only a matter of time before they come for you, too.

Only one problem: it isn’t true.

Arrest & caging of opposition US journalist @MaxBlumenthal reminds me (and others I know) of the worst of Russia. Except there, when oppo journalist Ivan Golunov was arrested, most big-name Russian journalists—including Putin-friendly—publicly supported Golunov.
Here—silence.

It isn’t true that if you allow authority to come after dissident journalists they’ll necessarily end up coming after you. That’s only true if you intend at some point to publish something that those in power don’t want you to publish. If you’ve closed the door to the possibility of your ever doing that, then you know that there is no risk to you, so there’s no need to defend dissident journalists when their reporting sees them targeted for legal persecution by the powerful. Which is exactly what mainstream reporters who fail to defend Assange and Blumenthal are telling us about themselves: they’ve closed that door and chosen the side of power, come what may.

This is where the silence comes from. It isn’t that those who work in mainstream news media lack an understanding that at some point power structures may shift and you’ll want to report facts that are inconvenient for the powerful without fear of imprisonment; these people all watched Donald Trump get elected. They already know that things can take a very dark turn in the future for where power is located, and they’ve already decided they don’t care and will always side with the powerful going forward. If the election of Donald Trump wasn’t enough to show these people that it’s a good idea to make sure the press can continue to hold power to account in the future, then nothing will. They’re not ignorant, they’re subservient. They’ve made a lifelong commitment to continue to worship at the altar of power, no matter what form that power takes.

If we were to re-write the “First they came” poem to describe the current war on dissident journalism we’re seeing in 2019, it would go more like this:

First they came for Assange, and I did not speak out,
Because I was a mainstream western journalist with no intention of ever upsetting the powerful.

Then they came for Blumenthal, and I did not speak out,
Because I was a mainstream western journalist with no intention of ever upsetting the powerful.

They never came for me,
Because I have chosen to serve power. 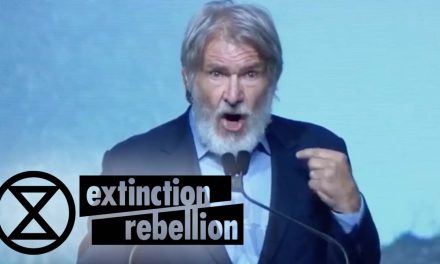