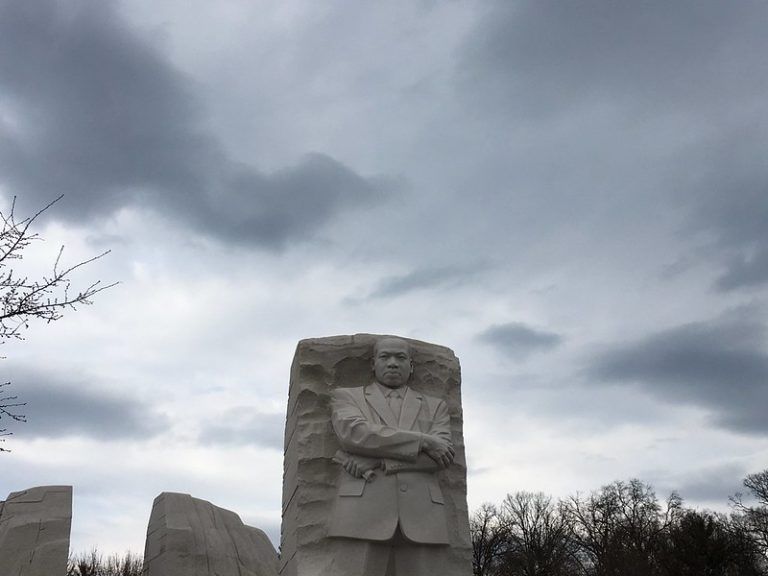 It is a hard thing to live haunted by the ghost of an untrue dream.

In his keynote address for the Civil Rights Movement’s March on Washington, DC in 1963, Martin Luther King Jr. expressed his despair and disappointment that a century after emancipation, freedom still was not a lived reality in the United States of America:

Calling the nation back to its noble ideals, King shared his dream which, he underscored, was “deeply rooted in the American dream that one day this nation will rise up and live out the true meaning of its creed: ‘We hold these truths to be self-evident, that all men are created equal’.” King dreamed that one day on the hills of Georgia, sons of former slaves and sons of former slave owners would sit down together. He dreamed that one day the state of Mississippi would transform from a place of injustice and oppression to a place of justice and freedom. He dreamed that his four children would not be judged by the color of their skin, but by “the content of their character.” He dreamed that in Alabama white and black children would hold hands as sisters and brothers.

The Civil Rights Act of 1964 marked the end of racial segregation in schools, workplaces, and public facilities. Decidedly, this was a victory for the Movement. However, as King soon realized, the Civil Rights Act mattered little unless economic conditions in America changed. He agonized that he had integrated blacks into the wrong value structure. For King’s dream was beyond racial segregation. It was beyond dreams of upward mobility and material gain. It was about social justice and equality. Harry Belafonte, a loyal supporter of the Civil Rights Moment and friend of King, shares:

I remember the last time we were together, at my home, shortly before he was murdered. He seemed quite agitated and preoccupied, and I asked him what the problem was. “I’ve come upon something that disturbs me deeply,” he said. “We have fought hard and long for integration, as I believe we should have, and I know that we will be victorious. But what bothers me is that I’ve come to believe that we’re integrated into a burning house.”

King’s dream of economic justice and equality required America’s power structures to change. It required America to take a critical look at the unbridled capitalist system that gave way to perpetual injustice. It required a radical and deep reconstruction of both politics and society, where the tangled roots of racism, poverty, militarism, and materialism would be exposed and eliminated. As King saw it now, the meaning of Du Bois’s color line exceeded the racial divide; it referred to all social rifts including the class-line.

King spent the last year of his life planning for a new movement, the Poor People’s Campaign (PPC), which emphasized the need for decent jobs, housing, and income. Partnering with the Southern Christian Leadership Conference (SCLC), King and his team envisioned bringing poor people from across the country—Southern rural and northern ghetto blacks, Appalachian whites, Mexican Americans, Puerto Ricans, Native Americans, and others—to the doorsteps of Congress to express their economic grievances. They hoped that if thousands camped in tents outside the government buildings, “the invisible poor suddenly materializing en masse” would help move the needle for social and economic justice. But before the scheduled PPC march and encampment could begin, on April 4, 1968, King was assassinated.

The US government’s response to the challenge posed by the PPC was to empower a group of black organizers with economic enticements and thus try to suppress the larger social discontent. In the late 1960s, President Lyndon Johnson gave jobs to a few black leaders through Office of Economic Opportunity; then President Richard Nixon set up an Office of Minority Business Enterprise. In an effort to develop “black capitalism,” Chase Manhattan Bank and the Rockefeller family encouraged white capitalists to support black businessmen. “There was a small amount of change and a lot of publicity,” writes Zinn, “There were more black faces in the newspapers and on television, creating an impression of change—and siphoning off into the mainstream a small but significant number of black leaders.” Despite new opportunities for a number of black people, the realities of poverty—and “the ghost of an untrue dream,” in Du Bois’s words—continued to haunt the majority.

Black capitalism was not the answer to King’s dream of social and economic equality and justice. It could not heal the hundreds of years old and still bleeding wound of oppression. It could not eradicate the color line. If anything, black capitalism introduced a new division, namely the class line within the black community. It wrongly suggested that capitalist corporate mainstream—an inherently oppressive system grounded in the relentless dynamics of capital accumulation, and the exploitation of labor power and material resources—was the road to racial redemption and uplift, and therefore further complicated the race and class issues in America.

Excerpted from A JUNGIAN INQUIRY INTO THE AMERICAN PSYCHE, by Ipek S. Burnett, published by ROUTLEDGE (2019), pages 76-78. 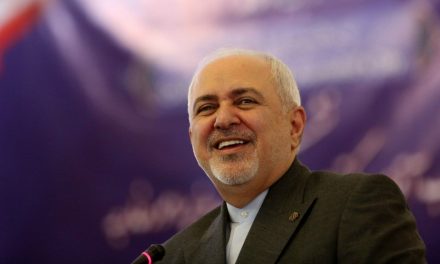 Greta Thunberg’s Speech to World Leaders at the UN Climate Action Summit (Hold On To Your Seat!)