What if they called a war and no one came? Well, now’s the time folks. The apparent march to war with Iran represents a pivotal moment in the historical arc – the rise and fall – of our republic come empire. This potential war is so unnecessary, so irrational, that it borders on the absurd. Still, since the U.S. now fields a professional, volunteer military, few citizens have “skin in the game.” As such, they could hardly care less.

Unlike in past wars – think Vietnam – there is no longer a built in, established antiwar movement. This is unfortunate, and, dangerous for a democracy. See the US Government operates with near impunity in foreign affairs, waging global war without the consent of the people and, essentially, uninterested in what the people have to say at all. It should not be thus in a healthy republic. People should not fear their government; governments should fear their people.

So let me propose something seemingly ludicrous. It’s this: since Americansonly trust the military among various branches of government, and since that military is both over adulated and ultimately responsible for waging these insane wars, it is within the military that active dissent must begin. That’s right, to stop the war America needs clean cut, seemingly conservative, all-American soldiers and officers to start refusing to fight. The people will back them; trust me. These guys are heroes after all, right? I mean few will pay attention to some aging hippie protester – even if he or she is correct – but even Republicans might tune in to here what a combat vet has to say.

Remember, we soldiers take an oath not to a particular president or a certain government but to the Constitution. And that constitution has been violated time and again for some 75 years as US presidents play emperor and wage unilateral wars without the required, and clearly stipulated, consent of Congress, I.e. the people’s representatives. Thus, one could argue – and I’m doing just that – that a massive military “sit-down-strike” of sorts would be both legal and moral.

Sure, its a long shot. But there is historical precedence for dissent within the US military. It is an unknown but vibrant history worthy of a brief recounting. Back in the mid-19th century, many US Army officers were so appalled by the futility and brutality of the three American attempts to subjugate the Seminole tribe in Florida that a staggering portion of the young subalterns simply resigned.

There was also dissent in the ranks during the Mexican-American War of conquest. Though they did their duty, many officers were appalled by the blatant aggression of their country. A young lieutenant – and future general / president – named US Grant stated that he knew “the struggle with my conscience during the Mexican War. I have never altogether forgiven myself for going into that. I had very strong opinions on the subject. I do not think there was ever a more wicked war than that waged by the United States on Mexico. I thought so at the time, when I was a youngster, only I had not moral courage enough to resign.” Its unlikely that very many Americans even know that prominent statesmen, too, have often been against wars.

The list goes on. During the Great Plains Indian Wars of the 1860s-90s, many US Army officers actually came to respect their native adversaries, and in some cases protected the tribes from land hungry civilian prospectors and settlers. Then during the Philippine-American War, many young soldiers wrote letters back home – some of which were published in newspapers – expressing their skeptical uncertainty and exposing various war crimes.

Few remember that during World War I tens of thousands of Americans simply refused to serve, even when drafted. Most were kept in military internment camps of sorts until the end of the war. Others sought to fight the draft by discouraging others not to enlist or to submit to conscription. The former labor leader and Socialist Party presidential candidate, Eugene V. Debs, was even sentenced to eight years in federal prison simply for giving an antiwar speech outside of a recruiting station. At his sentencing he told the judge – in ever so Christlike language – that “while there is a lower class, I am in it, and while there is a criminal element I am of it, and while there is a soul in prison, I am not free.”

Finally, during the Vietnam War, many thousands of soldiers and veterans joined Vietnam Veterans Against the War (VVAW) and became active and prominent staples in the massive antiwar movement. VVAW marched on Washington time and again. At some marches, members threw away their medals, and some leaders even held “Winter Soldier” hearings to expose the war crimes they witnessed and participated in first hand. One particularly articulate young navy officer – future Secretary of State John Kerry – famously asked, during the hearings, “Who will be the last to die for a mistake?” Perhaps we should be asking that question now!

Only today there are rather few veteran and active duty dissenters. As the military became more selective and professional it also became more culturally conservative. It turned out that President Nixon was right and that ending the draft took the wind out of the sails of the antiwar movement. Still, we are still out there. I belong to a small but morally powerful organization called About Face: Veterans Against the War. It’s a budding movement, and lacks the numbers of its predecessor, but it is certainly modeled on VVAW. We need more members to join, more authentic, credible vets to speak out and tell this government, not in my name!

My point is this: it’s now the time for the dirty work of citizenship to begin. That means protests, marches, civil disobedience. This must happen in society at large but also as a microcosm in the US military. Generals must resign in protest and then speak out. Soldiers should question their orders and ignore – as is legally justified – those that are immoral or unconstitutional. Service members ought to collectively refuse to fight unless Congress is consulted and actually declares war on Iran, or whichever Muslim country full of brown folks Washington takes to fighting next.

I never had that courage when I was a young man, even though I knew what I was doing was ultimately wrong. So I hope there are braver souls than me wearing the uniform today – those willing to redefine patriotism as dissent. 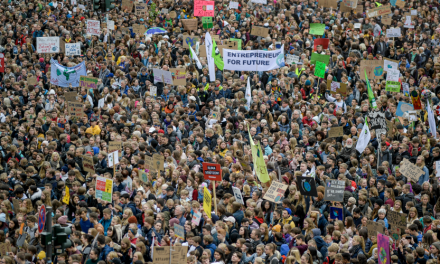