A recent article in Arctic News on the outlook for global warming foresees a frightening scenario lurking right around the corner. Hopefully, the article’s premise of impending runaway global warming (“RGW”) is off the mark, by a lot. More to the point, off by really a lot in order to temper the sting expected when abrupt temperature increases hit hard, as projected in the article, which is entitled: “Greenhouse Gas Levels Keep Accelerating.” Oh, BTW… the worst-case scenario happens within one decade!

Obviously, it goes without saying no sane person wants to believe, and likely won’t believe or accept, studies about killer temperatures locked, loaded, and ready to fire, right around the corner. That fact alone serves to christen the title “Custer’s Last Stand Meets Global Warming.”

Furthermore, and for journalistic balance, it is important to mention that mainstream science is not warning of imminent Runaway Global Warming (“RGW”), as outlined in the Arctic News article.

Still, the article does have credibility because it is the product of academic scientists. Therefore, metaphorically speaking, one can only hope that their Ouija boards were out-of-whack, misinterpreting the data.

Alas, the Arctic News article would not be out there if only the U.S. Senate had taken seriously Dr. James Hansen’s early warnings about global warming way back in 1988. The New York Times headline d/d June 24, 1988 read: “Global Warming Has Begun, Expert Tells Senate.”

Curiously enough, ten years later, in 1998, the process of assembling the International Space Station (“ISS”) commenced as approved by Congress, which included 100% solar power. But, ignoring the obvious, no solar initiatives were suggested for the country, not even mentioned. In fact, ever since Dr. Hansen’s warning of 40 years ago, Congress is MIA, a big fat nada, not even one peep or word about efforts to contain global warming.

As such, it’s really no surprise (but somewhat shocking) that a Children’s Climate Crusade, originating in Sweden, is brewing and stewing about the global warming crisis, and they’re addressing a very long list of failures by “the establishment.” Honestly, does it take children to figure this one out?

The Arctic News article is a haunting commentary on the current and future status of global warming, as follows: The article describes a powerful combination of greenhouse gas emissions, including carbon dioxide (CO2), methane (CH4), nitrogen oxide (NO2), and nitrous oxide (N2O) in combination with oceans and ice taking up ever-less planetary heat, threaten life on Earth within a decade.

According to the article: “So, how fast and by how much could temperatures rise? As oceans and ice are taking up ever less heat, rapid warming of the lower troposphere could occur very soon. When including the joint impact of all warming elements … abrupt climate change could result in a rise of as much as 18°C or 32.4°F by 2026. This could cause most life on Earth (including humans) to go extinct within years,” Ibid.

That can’t possibly be true, or can it? The good news is nobody knows 100% for sure. But, here’s the rub: Some really smart well-educated scientists think it could happen, in fact they are almost sure it will happen. According to the article, the setup for the worst-case scenario is falling into place much faster, and sooner, than ever thought possible. It’s highly recommended that interested parties read the entire article.

Based upon the article, civilization has been living on borrowed time, meaning, the oceans as well as glacial and ocean-bearing ice have been absorbing up to 95% of the planet’s heat, thus, minimizing atmospheric global warming and saving civilization from a bad heat stroke.

However, those two huge natural buffers are losing their mojo, kinda fast. Increasingly, extreme ocean stratification and heavy loss of ice minimize the effectiveness of those two crucial buffers to rapid global warming. Consequently, forcing the atmosphere to take up more and more, and way too much more, planetary heat, leading to bursts of global temperatures when least expected, the Custer’s Last Stand moment.

One of the primary causes of upcoming acceleration of global warming includes a very recent study about nitrous oxide, N2O, which is 300xs more potent than CO2 and has a lifetime of 120 years, found in huge quantities (67B tons) in Arctic permafrost, to wit: “The study by Wilkerson, et al (https://pubs.acs.org/doi/10.1021/acs.est.8b02271) shows that nitrous oxide emissions from thawing Alaskan permafrost are about twelve times higher than previously assumed. A 2018 analysis (https://pubs.acs.org/doi/10.1021/acs.est.8b02271) by Yang et al points at the danger of large nitrous oxide releases from thawing permafrost in Tibet. Even more nitrous oxide could be released from Antarctica,” Ibid.

N2O, the third most important GHG, is an intensely effective molecule that impacts global warming 300xs more than CO2. That is an enormous, big time, impact. In that regard, the rate of current N2O emissions is extremely concerning. According to recent research, nitrous oxide is being released from melting permafrost “12xs higher than previously assumed.” That could be a sure-fire formula for helping to turbocharge global warming, and it lends supporting evidence to the underlying thesis of the Arctic News article.

So long as bad news is the order of the day, in addition to N2O as a powerful GHG (greenhouse gas), it is also an ozone depleting substance, uh-oh, which brings to mind shades of The Montreal Protocol on Substances that Deplete the Ozone Layer of 1987, an international treaty designed to save civilization’s big fat ass.

For those who missed class back in the day (1987), the ozone (O3) layer of Earth’s stratosphere (10-30 miles above ground level) absorbs most of the Sun’s ultraviolet radiation, without which Homo sapiens would be toast!

Ozone is widely dispersed in the atmosphere, to an extreme; however, if it were all compressed into one thin layer, it would be the thickness of one penny. From a narrow viewpoint, as just explained, one penny of thickness of ozone molecules separates humanity from burning alive, and thus explains the Great Panic of the late 1980s when a Big Hole was discovered in the ozone layer as a result of too much human-generated chlorofluorocarbons (“CFCs”) Halons and Freons.

According to James Anderson (Harvard professor of atmospheric chemistry), co-recipient of the 1995 Nobel Prize in chemistry for his work on ozone depletion, speaking at the University of Chicago about global warming in 2018: “People have the misapprehension that we can recover from this state just by reducing carbon emissions, Anderson said in an appearance at the University of Chicago. Recovery is all but impossible, he argued, without a World War II-style transformation of industry—an acceleration of the effort to halt carbon pollution and remove it from the atmosphere, and a new effort to reflect sunlight away from the earth’s poles… This has to be done, Anderson added, within the next five years.” (Source: Jeff McMahon, We Have Five Years To Save Ourselves From Climate Change, Harvard Scientist Says, Forbes, Jan. 15, 2018).

Based upon that gauntlet as laid down by professor Anderson, only 4 years remains to get something done to “save us.” But, sadly, there is no “WW-II style transformation of industry” under consideration, not even a preliminary fact-finding mission.

But, there is a very active ongoing Children’s Crusade prodding adults to do something… for a change, but as the children are quick to point out, they do not expect much help from the adults in the room based upon years of “doing nothing.”

Still, children skip classes to publicly protest the misbehavior of adults and occasionally, they give speeches, for example: At Katowice, Poland, COP-24 (Conference of the Parties) in December 2018, Greta Thunberg, a 15-year old from Sweden at the time, addressed the UN secretary general António Guterres. Here’s her speech:

“For 25 years countless people have stood in front of the UN climate conferences, asking our nation’s leaders to stop the emissions. But, clearly, this has not worked since the emissions just continue to rise.

So I will not ask them anything.

Instead, I will ask the media to start treating the crisis as a crisis.

Instead, I will ask the people around the world to realize that our political leaders have failed us.

Because we are facing an existential threat and there is no time to continue down this road of madness… So we have not come here to beg the world leaders to care for our future. They have ignored us in the past and they will ignore us again.

We have come here to let them know that change is coming whether they like it or not.” 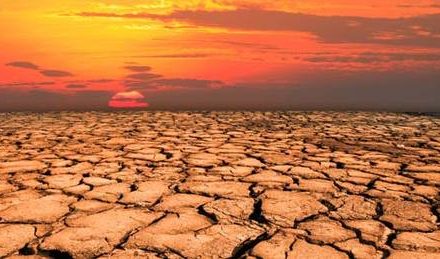