The Triumph of Death 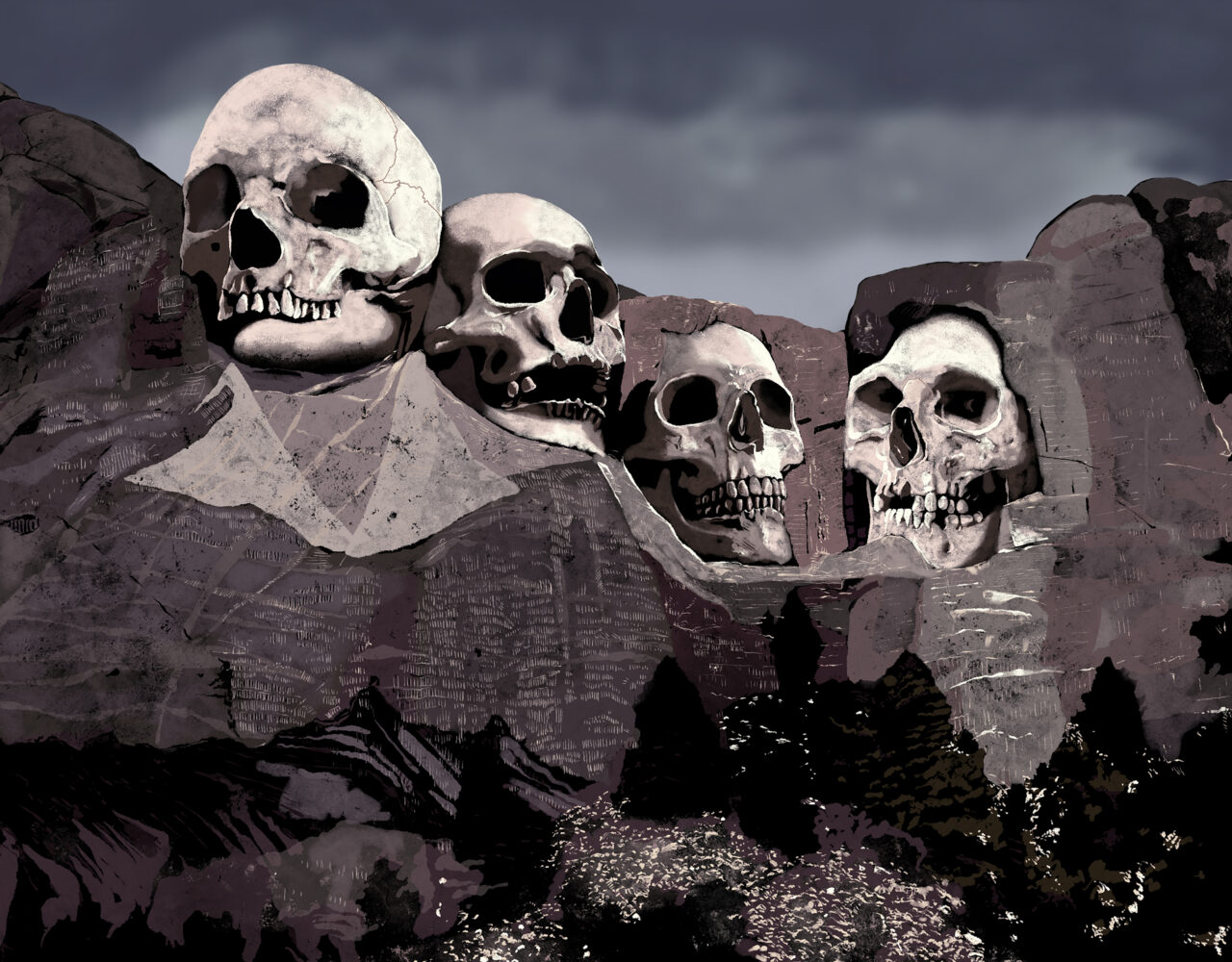 The Four Horsemen - by Mr Fish

The global ruling class is cementing into place a world where they govern without accountability, we are reduced to serfdom, the climate crisis accelerates, and mass death is normalized.

It is hard to be sanguine about the future. The breakdown of the ecosystem is well documented. So is the refusal of the global ruling elite to pursue measures that might mitigate the devastation. We accelerate the extraction of fossil fuels, wallow in profligate consumption, including our consumption of livestock, and make new wars as if we are gripped by a Freudian death wish. The Four Horsemen of the Apocalypse — Conquest, War, Famine and Death – gallop into the 21rst century.

Those who rule, servants of corporations and the global billionaire class, accompany the suicidal folly by cementing into place corporate tyranny. The plan is not to reform. It is to perpetuate the corporate pillage. This pillage, more and more onerous for the global population, necessitates a new totalitarianism, one where the billionaire class lives in opulence, workers are serfs, rights such as privacy and due process are abolished, Big Brother watches us all the time, war is the chief business of the state, dissent is criminalized and those displaced by conflicts and climate breakdown are barred entry into the climate fortresses in the global north. Portions of the human species, the most privileged, will, in theory, hold out a little longer before they succumb to the great die off.

The persecuted and the abandoned, now in the tens of millions, know the future. For them, the future has already arrived. Julian Assange, the most important publisher of our generation, whose extradition to the US was approved on Friday by the British Home Secretary Priti Patel, is an example of what will befall all publishers and journalists that expose the inner workings of power. His imprisonment for revealing the war crimes, mendacity, cynicism, and corruption of the ruling class, including the Democratic Party, heralds a new era. Investigations into the centers of power, the life blood of journalism, will be a criminal offense.

It does not matter that Assange, who suffered a stroke and is in poor physical and psychological health, is not a U.S. citizen or that WikiLeaks is not a US-based publication. It does not matter that all of Assange’s meetings with his attorneys were recorded by UC Global, the Spanish security firm at the Ecuadorian Embassy where Assange lived for seven years, and turned over to the US, obliterating attorney-client privilege. The campaign against Assange, and I have sat in on hearings in London, is a Dickensian farce, the persecution of an innocent and heroic man, far more reminiscent of the Lubyanka than the best of British jurisprudence. He is being used to send a message — if you expose what we do we will destroy you.

Workers, whether in the vast sweatshops in China or the decayed ruins of the rust belt, struggle on subsistence wages without job protection or unions. They are cursed by trade deals, deindustrialization, austerity, rising interest rates and rising prices. They, too, know the future.

The decision to raise interest rates by three-quarters of a percentage point, with new rate hikes on the way, will further depress wages, which have stagnated for decades, increase unemployment and personal debt and make food and other basic necessities more expensive. Raising interest rates usually induces a recession. But the oligarchs are more than willing to extract blood from the working class. Inflation reduces investment returns. It disrupts leveraged financial strategies.

Prices are not rising because of wages. They are rising because of supply shortages and price gouging by corporations and oil conglomerates. US corporations posted their biggest profit growth in decades by raising prices during the pandemic. Corporate pretax profits rose last year by 25 percent to $2.81 trillion, according to the Bureau of Economic Analysis. That’s the largest annual increase since 1976, according to the Federal Reserve. When taxes are included, last year’s corporate profit rose to 37 percent, more than any other time since the Fed began tracking profits in 1948.

Antitrust laws and breaking up monopolies would ease the strain of inflation and lower prices. Rationing would break inflation. So would a wage-price freeze. Nationalization, reversing the capture of public utilities, the health care system, banking, and other services by corporations, would also blunt price rises. But the billionaire class is not about to impose measures that diminish their profits. They will keep their monopolies. They will keep their grip on what were once public assets. The message from the billionaire class is this: the economy is run for our benefit, not yours.

Ukrainians, enduring a war of attrition with the infusion of tens of billions of dollars of weapons from the US and Europe, know the future. War is the chief business of the state. It enriches the arms industry. It expands the military budget. The US now sends $130 million a day in military aid and assistance to Ukraine, part of the $55 billion in aid promised by Washington.

The US, struggling with societal breakdown and an ailing economy, sees its military as the only mechanism left to destroy global competitors, especially Russia and China. Russia, hemmed in by an expanding NATO in Central and Eastern Europe, and China harassed by a succession of carrier groups in the South China Sea, which Washington has called a “national interest,” have been united as US adversaries. China sees the waterways of Asia and the Pacific as part of its sphere of influence, as Russia sees Ukraine and other neighboring states. The aggressive military posturing of the US on the borders of China and Russia has provoked an unnecessary cold war, one many Washington policy makers nonchalantly expect may evolve into a hot war amongst nuclear armed nations that would potentially obliterate life on the planet.

There is an intensifying scramble for control, with Russia’s invasion of Ukraine and China’s building of air bases from Japan to Australia along the Asian littoral, giving it the ability to attack warships, including aircraft carriers, in the western Pacific. The refusal of the U.S. to accommodate itself to a multipolar world and to chase the chimera of unrivaled global hegemony has seen Russia and China solidify an alliance, an alliance cold warriors worked hard to prevent. The hostilities, a self-fulfilling prophecy by U.S. warmongers, delights the Washington establishment whose goal is to perpetuate endless war.

You know you are in trouble when Henry Kissinger, who has called for Ukraine to cede territory to Russia and open negotiations with Moscow “in the next two months before it creates upheavals and tensions that will not be easily overcome,” is a voice of sanity.

“The war is not meant to be won, it is meant to be continuous,” George Orwell writes in 1984. “Hierarchical society is only possible on the basis of poverty and ignorance. This new version is the past and no different past can ever have existed. In principle the war effort is always planned to keep society on the brink of starvation. The war is waged by the ruling group against its own subjects and its object is not the victory over either Eurasia or East Asia, but to keep the very structure of society intact.”

The message of endless war is – if you defy the ruling class, the militarists and the government, you are a traitor.

The 140 million people across the globe suffering from acute hunger, a result of the pandemic, the climate crisis and the war in Ukraine, know the future, along with the families of the 15 million people who died from the pandemic, hundreds of thousands of whom with proper prevention and medical care could have been saved. The refugees fleeing failed states and climate disasters – there could be 1.2 billion climate refugees by 2050 – in the global south know the future.

The message imparted to the poor, the vulnerable, the sick and the weak is this: your lives and the lives of your children do not matter.

The oligarchs in the Democratic Party and the establishment wing of the Republican Party are aware they are in political trouble. Is it due to Russian meddling? Is it due to Donald Trump and his proto-fascist minions? Is it caused by journalists and publishers like Assange who give them a bad name? Is it a failure of messaging? Is it a lack of rigorous censorship of the far-right and leftist critics?

The Democratic Party, now united with the establishment Republican Party, is flailing around for a solution. They are bankrolling far right candidates in the Republican primaries , a tactic that backfired on Hillary Clinton when her campaign worked during the primaries to promote Donald Trump as the Republican nominee. Retrograde Republicans, de facto members of the Democratic Party because they voted to impeach Trump, are being lionized as true patriots, as if they can lure people away from Trump and Trump-like clones. Robert Reich, along with other Democratic leaders, argues that Rep. Cheney – who voted for Trump policies 93 percent of the time as a member of the House but now looks set to lose her bid for reelection in Wyoming – has “demonstrated more courage and integrity than any other politician in America” and might just be “the best president of the United States for the perilous time we’re entering.” Jonathan V. Last, in an article headlined “Mike Pence is an American Hero” in The Atlantic, writes that Pence “did more to protect democracy — both on January 6 and since — than any other person inside the Trump administration.”

Perhaps the expected Supreme Court ruling that will overturn Roe v. Wade will work in their favor. Perhaps the televised hearings on the January 6th assault on the Capitol, an extended campaign commercial, will convince voters to support them. Perhaps the promise of more stringent gun laws will excite the electorate.

The Biden administration is defined by failed expectations, from its stymied Build Back Better Plan to its refusal to raise the minimum wage. It is running on fumes, using gimmicks, empty rhetoric, spectacle and fear to intimidate the electorate.

The descent is pathetic to watch, reminiscent of the moment Romanian dictator Nicolae Ceaușescu tried desperately to placate an unruly crowd from the Balcony of the Central Committee of the Communist Party of Romania building by offering to raise pension and family allowance by $2 a month. He and his wife were executed four days later. The discredited East German Communist Party, which like the Romanian revolution I also covered as a reporter, made similar empty gestures, promising to open its closed party headquarters to the public long after anyone cared.

The billionaire class, or at least many of them, would prefer to loot and pillage under the cover of the old political decorum and rhetoric. They like the fiction of paying homage to an emasculated democracy. It gives them the veneer of respectability.

But this is not to be. The rage of the betrayed is articulated by imbecilic demagogues vomited up from the social and political swamp. Corporations and the billionaire class will continue to exploit, but under a cruder and crueler authoritarianism. The social, political, economic, and environmental breakdown will accelerate. Reality, increasingly unpalatable, will cease to exist in public discourse. It will be replaced by Millenarian cults, such as the Christian fascists, and bizarre conspiracy theories, a retreat into magical thinking where evil is embodied in demonized individuals and groups that must be eradicated. Truth and lies will be indistinguishable. The vulnerable will be cast aside, blamed for their own misery, as well as ours. Those who resist will be criminals. Mass death will sweep across the planet. This is the world our children will inherit unless those who control us are wrenched from power. 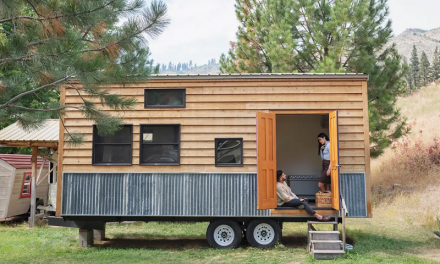