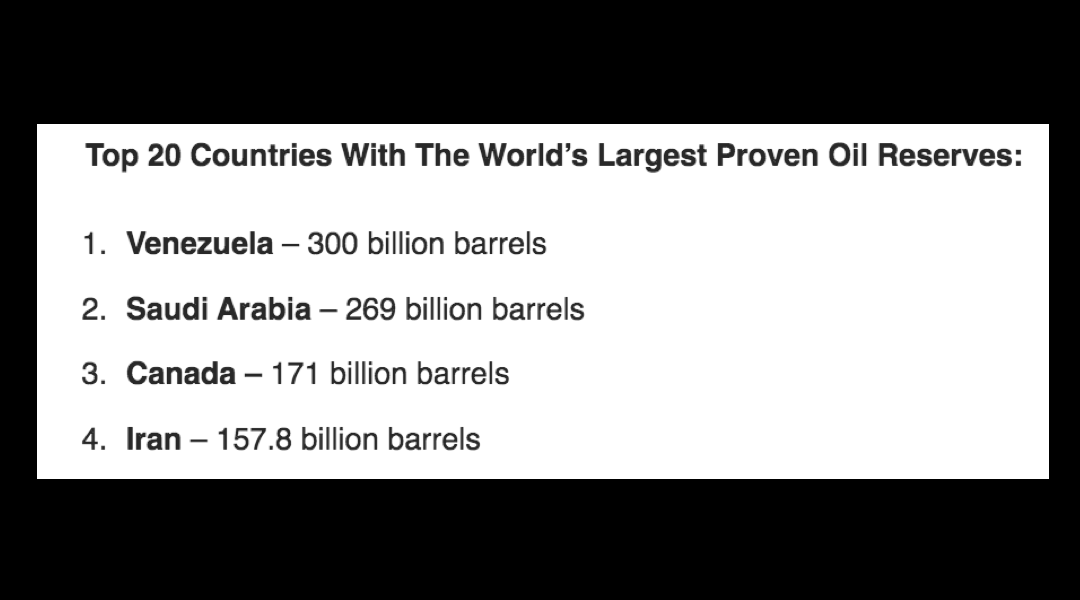 The Trump administration is sending Navy ships to patrol Venezuela, the latest escalation against the government targeted by an aggressive hybrid US regime change intervention.

“President Donald Trump announced Wednesday that Navy ships are being moved toward Venezuela as his administration beefs up counter-narcotics operations in the Caribbean following a U.S. drug indictment against Nicolás Maduro,” AP reports in an article packed with pro-US disinformation.

“As governments and nations focus on the coronavirus there is a growing threat that cartels, criminals, terrorists and other malign actors will try to exploit the situation for their own gain,” said Trump. “We must not let that happen.”

“The Venezuelan people continue to suffer tremendously due to Maduro and his criminal control over the country, and drug traffickers are seizing on this lawlessness,” added Defense Secretary Mark Esper.

How much dishonesty can you cram into a single report? @AP is going for the record. Let's count (see thread. Also, what on Earth is an "anti-drug ship"?)https://t.co/50WrmRyU7h

All of this, of course, is bullshit. The US government does not care about “the Venezuelan people” (a term only ever invoked to advance pro-regime change narratives); if they did they wouldn’t be murdering them by the tens of thousands using starvation sanctions and targeting them with backdoor biowarfare by cutting off their ability to protect themselves from a deadly pandemic.

The US government is also not interested in “drug traffickers”. As journalist Ben Norton notes, “Even the US government’s own data admit the vast, vast, vast majority of drugs (mostly cocaine) coming from Latin America come from Colombia — a right-wing US colony.”

“70% of the coca (used to create cocaine) grown in the whole world came from Colombia in 2017 according to the UN,” Norton adds. “Right-wing US colony Colombia is the CIA’s favorite drug dealer, used to fund death squads and Contra terrorist wars to overthrow leftist governments.”

As Venezuela Analysis rightly points out, in 2009 George W Bush awarded the Presidential Medal of Freedom to then-president of Colombia Álvaro Uribe Vélez, who was previously listed by US intelligence as one of Colombia’s leading narco-traffickers.

"Yeah we're super interested in getting rid of Maduro because his country's got so much… uhhh… drug trafficking." pic.twitter.com/omrMT3751c

It’s so precious how the US empire pretends that its transparent resource control agendas are about protecting human interests. It reminds me of the excuses the guys make when they get busted on To Catch A Predator: “No, Chris Hansen, honest! I just drove 300 miles because I wanted to give the 13 year-old girl a talking to about the dangers of flirting with strangers online.” No you didn’t America, you drove 300 miles because you wanted to steal that little girl’s oil reserves you pervert.

The Trump administration has already admitted that its sole interest is in toppling the Venezuelan government with its ridiculous offer to cease murdering civilians via economic warfare if Maduro leaves office; adding a bunch of unrelated gibberish about narco-trafficking on top of this does nothing to obfuscate this. Warships have been sent to Venezuela because the Trump administration is waging a deadly war upon Venezuelans and that’s what you do during a war. These continued escalations are directed at nothing other than shoring up more power and control for the globe-spanning US-centralized empire, which works tirelessly to dominate the world by dominating its resources.

I don’t know about you, but I certainly don’t remember voting for a paradigm where powerful governments pour the lion’s share of riches into sabotaging, toppling and destroying nations which don’t bow before their demands. This dynamic exists without the consent of ordinary human beings, and it brings nothing but harm to ordinary human beings. It harms human beings abroad with overt and covert applications of deadly force, and it harms human beings at home by robbing them of riches and resources for agendas which benefit them in no way, shape or form.

In 2017 the military identified a novel influenza disease as "the most likely and significant threat" which it anticipated would lead to a shortage of ventilators, face masks and hospital beds, per Pentagon document leaked to me.

All these Venezuela shenanigans are occurring as revelations emerge that the Pentagon had predicted the exact sort of disruptions a deadly coronavirus pandemic would cause way back in 2017. The Nation‘s Ken Klippenstein shows that the Department of Defense had warned that unless changes were made an outbreak of a novel virus would see a shortage of “ventilators, devices, personal protective equipment such as face masks and gloves”, which “will have a significant impact on the availability of the global workforce.”

Hey America? If your Department of “Defense” is not being used to defend the American citizenry from the deadly threats it perceives, but is being used to patrol the shores of an oil-rich nation that has nothing to do with you, then maybe that department needs a new name. And maybe you need a new kind of government. Just a thought.

Welcome to the Global Rebellion Against Neoliberalism