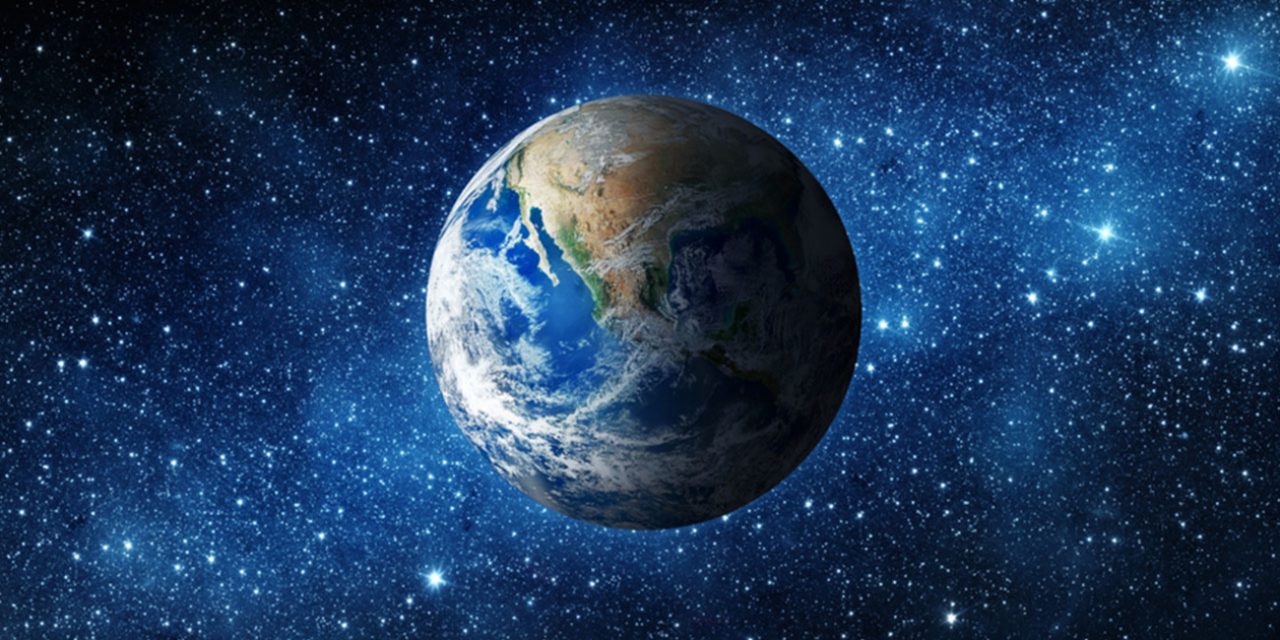 We are now in climate crisis.  Almost every week another major scientific study hits the news, telling us we are losing this, destroying that and completely obliterating the other; whole ecological systems under threat while those with the power to take the hard decisions twiddle their thumbs and set ‘to-do’ dates that will be all too late to have any impact.  As a recent report notes: ‘Much scientific knowledge produced for climate policy-making is conservative and reticent.’  Policy makers do not want to face the inconvenient truth.

The trouble is that, even if we could somehow halt catastrophic climate change – now looking unattainable – we are also, by the way we live, destroying the ecological systems that keep us and all the earth alive, something equally catastrophic.  Plastic in the sea has nothing to do with climate change.  The loss of topsoil and soil degradation is mostly to do with industrial farming methods.  The destruction of forests is due to financial greed and while it will greatly exacerbate climate change, satisfying the desire for more money comes first.

People who think they ‘own’ the earth are those destroying it.  They are also often the ones who do not believe in climate change.  Surely the rich will always have enough money to buy what they want.  But you can’t buy what you have destroyed.

Many people understand the word ‘environment’ as being something ‘green’ when it is simply a term for our surroundings.  Of course, we should protect green/natural environments, but what we must really protect is the ecology of those areas.

Ecology is the way things work; it is how all life combines to support itself; it is true biodiversity, the balancing of living systems to the benefit of those systems.  It is a whole thing, or it should be, but we keep destroying bits here, there and everywhere. Then wonder why the whole doesn’t seem to work any more.

We can’t pick and choose with Nature.  We can’t say ‘I want to protect that species because it’s useful, but exterminate this one because it gets in my way.’  We accept all of Nature, or we accept nothing.  And we should include ourselves in that, yet we prefer to stand outside – and rule.

How did we arrive at this state of an arrogant claim of ‘ownership’ of the earth?  Let us go back to the ‘beginning’ – Genesis, in particular Genesis 1, verses 27 and 28.

This, of course, is the Authorised Version of the English Bible, also known as the King James Bible, published in 1611.  Probably the most printed book in the world, the writing, though now very old fashioned, is beautiful.  It has affected and added greatly to the English language.  No modern translations can equal its power.  More importantly, people remember the words and unfortunately it has done a far better job than subliminal advertising.

Consider those words ‘Be fruitful, and multiply, and replenish the earth, and subdue it: and have dominion over…’  How many people over the last 4 centuries have been taught them, read them, heard them in church?  Missionaries have carried them across the world, spreading the underlying message: ‘We humans own the earth.’

The Authorised version has been updated and put into modern language many times, but out of 27 bibles in English, 23 still use the word ‘subdue’; 13 use the phrase ‘have dominion over’.  The alternatives for subdue and dominion are ‘govern’, ‘rule’, ‘rule over’, ‘reign over’, ‘be masters over…’, ‘be its master’ or bring the earth ‘under control’.  The more recent American bibles make the message clear.  The Contemporary English Version, published in 1995, says:

Have a lot of children! Fill the earth with people and bring it under your control. Rule over the fish in the ocean, the birds in the sky, and every animal on the earth.

Judaism, Christianity and Islam all use Genesis in their thinking, but this isn’t just about monotheistic religions.  Pretty well all religions put humanity first.  That’s what they’re there for, to help us believe in ourselves as a species; to believe that some higher being or beings will look after us, the humans; put us, the humans, first.

It is easy to see how the West, propelled by men whose lives, regardless of their appalling acts, were based on the bible, has fulfilled the message.  Human population has been, for many years, expanding.  We do cover the earth and there are too few places left that are not under our control.  And our expanding population means an ever-growing demand that the earth must provide for us, even as we destroy the ability of the earth to provide what we need, let alone what we want.

In modern secular society people can be too wrapped up in consumerism to think about whether humans have the right to own the earth.  There is a lot of angry (and justified) discussion about how a very few people own most of the earth.  ‘How unfair!’ we cry.  But if we take that money, power and property away from the ultra rich, we will not give it to the earth where it belongs, but to ourselves, the common man.

It shows up in all shades of political thinking.  Most political parties (barring the alt-right) will claim some desire to help protect the environment, by which they mean ‘manage’.  Take this example from a Socialist Party’s leaflet, with the headline ‘There is only one world’:

How did ancient man arrive at this attitude, this arrogance that became the rule so precisely displayed in Genesis?  It wasn’t always like this.

Hunter-gatherer societies, as described by anthropologist Douglas Fry, were small nomadic groups leading relatively stress-free lives, and they did not struggle to find the food they needed.  Then farming took over, in what Jared Diamond called ‘the worst mistake’ in history.

If you grow your food you have to stay in one place in order to care for your crop – your crop, and therefore, perhaps, your land.  That one simple act changed how humans thought and lived.  It created tribes with chiefs; it created ‘territories’ and fights over land; it created civilisations with growing populations, armies and a land bled dry by overuse; civilisations that inevitably collapsed.

Growing food certainly meant more people could be fed but, as Diamond points out, ‘Forced to choose between limiting population or trying to increase food production, we chose the latter and ended up with starvation, warfare, and tyranny.’

The modern world believes it has a ‘right’ to the earth and all it contains, while native peoples believe they have obligations towards the earth that feeds them.  Being indigenous does not mean being perfect in the way humans treat their environment.  Despite having an intimate relationship with their environment, and a deep sense of reverence for the earth, indigenous people still altered the land to enable the way they lived.

For the Algonquin peoples, living in the northeast states of America, ‘natural resources were not just passively foraged; they were actively managed, through such practices as regular burning to clear deadwood, produce pasture, and encourage the growth of nut trees and fresh browse.’

Their sometime neighbours, sometime enemies, the Iroquois farmed as well as hunted, but ‘when cornfields lost their fertility or wood and game became scarce, every decade or so’, the people moved to another location.  Really?  Ten years to empty your environment?  There was room enough to do that then.  There isn’t now.

Time and again civilisations have collapsed, often for the reasons that possibly ended the Mayan culture: overpopulation and overuse of the land, endemic warfare and drought.  The Chaco Canyon culture died, it seems, not just because of environmental stress, but of a rigid belief system: ‘the Puebloan people survived only by letting go of tradition’.

But now our civilisation is global and we are collapsing on a global scale.  This time we have nowhere to move and start again.  Forget that dream of relocating to another planet.  We haven’t the time or resources left to go wholesale into space to live on another earth-like planet.  And if we haven’t learnt from our mistakes here, another planet would be trashed.

We humans are proud of our intelligence, our inventiveness, our technology.  That pride in ownership, that greed for more control, and that push to provide more and more goods for ever-eager consumers, using resources that become less and less, has led to the ruination of the planet and now, more than likely, to our own extinction.

Now universities are studying possible technical fixes, geo-engineering, in the hope that we can bring climate change under our ‘control’.  But the danger there is that if some of these fixes appear to work, then everyone will say ‘that’s alright then’, and carry on as before in our earth-damaging way.

We are losing the topsoil all across the earth.  Soon, the soil that grows our food (and the food of many other life forms that populate this little planet) will be dead.  This is too big for a technological ‘fix’.

Rivers are struggling.  Some will dry up as the glaciers that feed them melt. There will come a day when there are no more glaciers and the earth will lose its major source of fresh water.  This is too big for a technological ‘fix’.

Left alone, rivers have clean water, are full of life and their regular flooding has benefits.  The Nile Delta, now endangered, once owed its reputation as ‘the bread basket of the world’ to its annual floods.  But the majority of the world’s great rivers are no longer free-flowing.  We have rerouted them, dammed them, constrained them, polluted them with antibiotics, herbicides, pesticides and poured human and animal sewage into them or drained them of their waters to irrigate ‘our’ land.  We have done everything except to allow them to act naturally.  This is too big for a technological ‘fix’.

With a possible major sea level rise, the oceans, poisoned and stripped of most life, will take over land that the human race has claimed as its own.  This also is too big for a technological ‘fix’.

All life has its own form of intelligence which allows it to survive by fitting in to the whole ecological system.  The natural environment should be a thing of beauty, full of busy life, something that both inspires and calms.  It has become a bleak and empty place, where you return from a walk over the hills with a mental list of the things you haven’t seen – because our collective ego has killed them.

For far too long, humanity has regarded itself as ‘outside’ Nature.  We think we are exceptional.  Our ‘intelligence’ rarely produces long-lasting benefits to anything but ourselves.  God forbid that we should be just one form of life among many, with no more ability to survive than the rest of life.  How could we, being who we have become, face that loss of importance?  There is only one thing that makes humanity truly exceptional; our desire to own and control everything, partnered by our horrible ability to destroy what we try to control.

Can we learn from Chaco Canyon and the Pueblo people?  Is it too late to ditch our rigid world view, our superiority, our belief in our ‘right’ to own and control our world?  Can we, before our much-vaunted ‘civilisation’ crashes and we die, learn instead to live kindly with this earth? 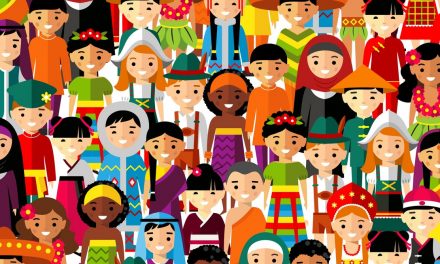