Grieving My Way Into Loving the Planet 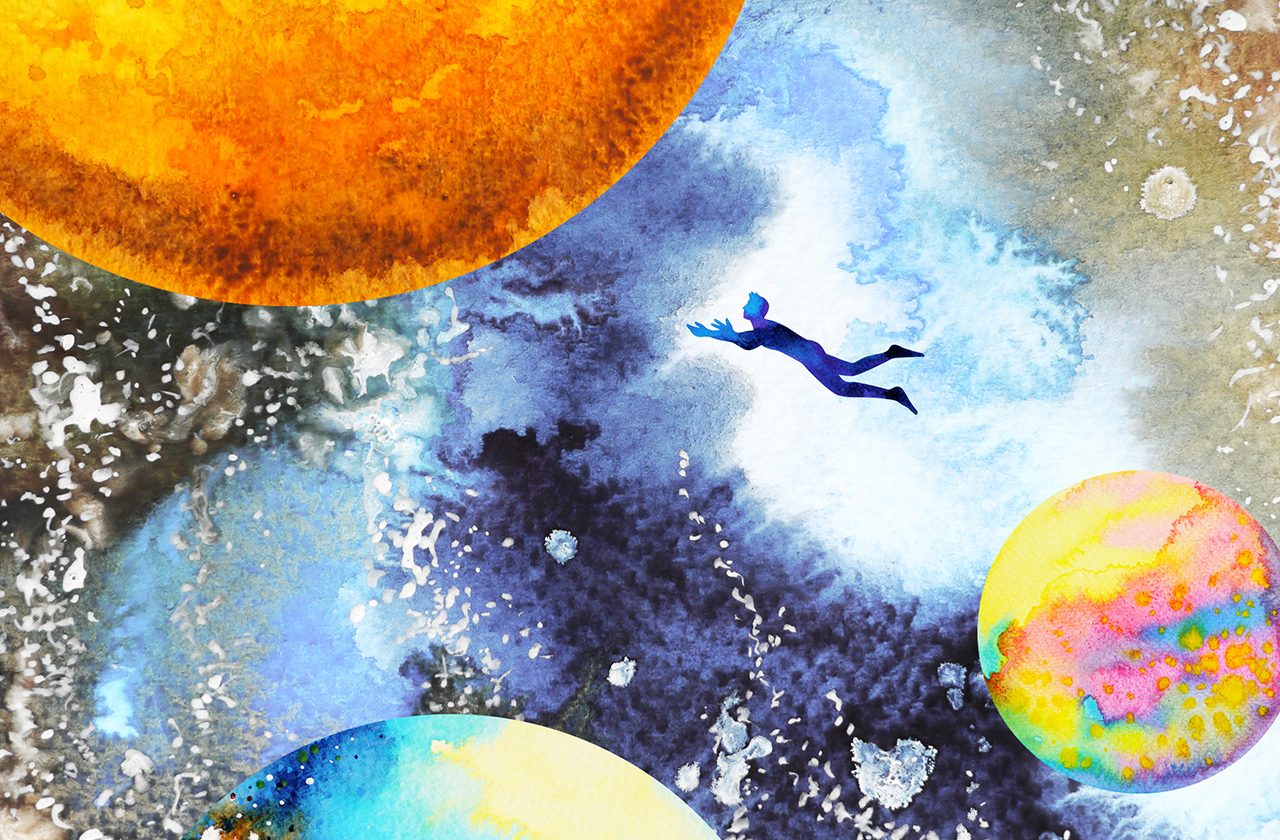 Being fully present to what is happening in the world is a radical act that can transform grief into action.

In this excerpt from the new anthology, “A Wild Love for the World: Joanna Macy and the Work of Our Times,” journalist Dahr Jamail describes how Macy and her work helped him survive profound war trauma and climate grief.

Macy, a scholar and teacher of Buddhism, systems thinking, and deep ecology, is the author of 13 books and a respected voice in movements for peace, justice, and ecology. She originated The Work That Reconnects, a framework and methodology for personal and social change. It is influential work that, in the face of overwhelming social and ecological crises, helps people transform despair and apathy into constructive, collaborative action.

It was February 2005, and after several months of frontline reporting from Iraq, I had returned to the U.S. a human time bomb of rage, my temper ticking shorter each day. Walking through morgues in Baghdad left scenes in my mind I remember even now. I can still smell the decaying bodies as I write this, more than a decade later. Watching young Iraqi children, shot by U.S. military snipers, bleed to death on operating tables left a deep and lasting imprint.

My rage toward those responsible in the Bush administration bled outward to engulf all those participating in the military and anyone who supported the ongoing atrocity in Iraq. My solution was to fantasize about hanging all of the aforementioned from the nearest group of light poles. Consumed by post-traumatic stress disorder, I was unable to go any deeper emotionally than my rage and numbness. I stood precariously atop my self-righteous anger about what I was writing, for it was the cork in the bottle of my bottomless grief. To release that meant risking engulfment in black despair that would surely erupt if I were to step aside, so I thought.

My dear friend Anita Barrows translated Rilke poetry with a woman named Joanna Macy, whom I’d met briefly once before. Anita, who is a psychologist, had taken one look at me and shortly thereafter let me know Joanna wanted to have tea with me. I made my way over to Joanna’s home in Berkeley, driving through the chilled, foggy morning, unaware of how much help I needed at the time. I remember seeing only fog, no trees.

I allowed myself to plunge into my grief around all I had witnessed in Iraq.

I knew Joanna was an eco-philosopher and a scholar of Buddhism, general systems theory, and deep ecology. I knew she and her husband, Fran, had been antinuclear activists for longer than I’d been alive, and that she ran workshops for artists, writers, and activists. Beyond that, I had no idea what I was about to get myself into.

Joanna invited me in, and we went upstairs to her kitchen table while she prepared our tea. After quietly filling our mugs, she looked me straight in the eyes and said slowly, “You’ve seen so much.” With my own grief beginning to be witnessed, tears welled up in my eyes, as they did in hers.

Thus began my learning about what those of us on the front lines of the atrocities against the planet, and those living amid what she calls “the industrial growth society,” must do, if we are to sustain ourselves, both within and without, as the future rushes toward us with ever-increasing speed.

Six months after having tea with Joanna, I found myself with her and a few dozen others in the redwoods of coastal California, where for ten days we dove deeply into the violence that was happening to the planet, what it meant to humans and all other species, and how dire our situation really was. (Today, more than a decade later, it is, of course, far, far worse.)

I allowed myself to plunge into my grief around all I had witnessed in Iraq—schoolchildren being shot at by U.S. soldiers, refugee tents filled with widows weeping for their husbands, car bombs detonating near me, and the carnage on the streets in the aftermath. As an Arab American, the sadness about what happened in Iraq was akin to having it happen to my own brothers and sisters. I began to weep and was unable to stop for several days. At one point in the circle, I sat weeping next to Joanna. She paused, looked over at me, and placed her hand on my shoulder, smiled, and said, “You’re just my little water faucet.” I laughed and kept on crying. 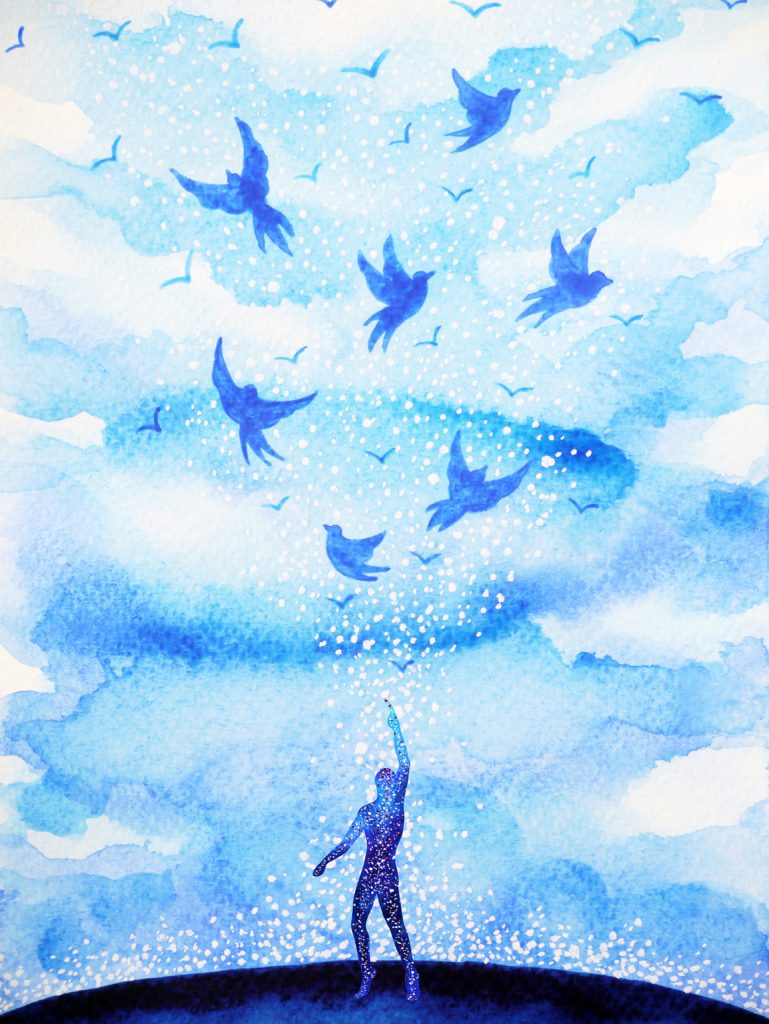 During one of Joanna’s discussions, she said, “The most radical thing any of us can do at this time is to be fully present to what is happening in the world.” For me, the price of admission into that present was allowing my heart to break. But then I saw how, in the face of overwhelming social and ecological crises, despair transforms into clarity of vision, then into constructive, collaborative action. “It brings a new way of seeing the world, freeing us from the assumptions and attitudes that now threaten the continuity of life on earth,” Joanna said.

Her lifelong body of work encompasses the psychological and spiritual issues of living in the nuclear age and is grounded in a deepening of ecological awareness that has become all the more poignant as the inherently malefic industrial growth society of today’s corporate capitalism continues on its trajectory of annihilation.

“I look at the path we’re on to the future as having a ditch on either side,” she told me. “We have to hold on to each other in order not to fall into the ditch on the right or left. On one side lies panic and hysteria, on the other, paralysis and shutting down. You see this rampantly in the U.S. There is more and more social hysteria, greatly aided by the corporate media and its finger-pointing and scapegoating. On one hand, you have the mass shootings, and on the other, a deathlike closing down under the pressures of the moment when you need to just get food on the table.”

We have to hold on to each other.

Joanna believes that those who “are still on the path and not in one of the ditches” are seeing with clarity that it is “curtains for our way of life” because the price being paid, or extorted, from the planet is too high. During my first meeting with her, she told me that while the information I was reporting from Iraq was brutal and difficult to hear, that kind of truth-telling was “like oxygen” for those who had been so long deprived of the truth.

Meeting her when I did, and having my heart broken open by that first intensive, could very well have saved my life. My experience showed me that if I had not evolved beyond my own war trauma, I, too, could well have become a negative statistic. If for me it was indeed “evolve or die,” how can it not be thus as a species when we fathom the true gravity of crisis we call modern life?

The natural progression of my journalism work took me from the front lines of the occupation of Iraq to the front lines of human-caused climate disruption. I had been researching and writing feature stories about climate disruption for six years before beginning the field research for my book The End of Ice: Bearing Witness and Finding Meaning in the Path of Climate Disruption. Much of my research was gleaned from monthly climate dispatches I had been writing for Truthout, the news website where I worked full time. Each dispatch was essentially a collection of scientific studies and extreme weather events tied to climate disruption over the previous thirty days. Pulling all of them together in one place was always overwhelming to write as well as to read.

But I was angry again. I was writing these dispatches hoping they would wake people up to the crisis upon us, to the fact that we were already off the cliff and needed to begin adapting to our new world. And it was that energy I was taking into my book, thinking the writing would be something along the lines of 75% climate dispatch and 25% personal stories and nature writing.

But Gaia had other ideas.

When I began going into the field and writing the chapters—from the Amazon, the Great Barrier Reef, Denali in Alaska, and other magical places around the planet that I was so deeply fortunate to get to visit for the book—the script flipped. My heart was broken open by both the magnificent beauty and power in each place my book took me, as well as how quickly it was all being lost.

Standing on bare ground in Alaska once covered by 200 feet of ice from the Byron Glacier where I used to go climbing felt like a gut punch. Snorkeling atop the Great Barrier Reef bleached white and dying from overheated ocean waters, I found my mask filling up with my tears. Each field trip broke my heart open with awe and sadness time and time again. And each time I was reminded of Joanna’s teachings, that a broken heart can hold the entire universe. 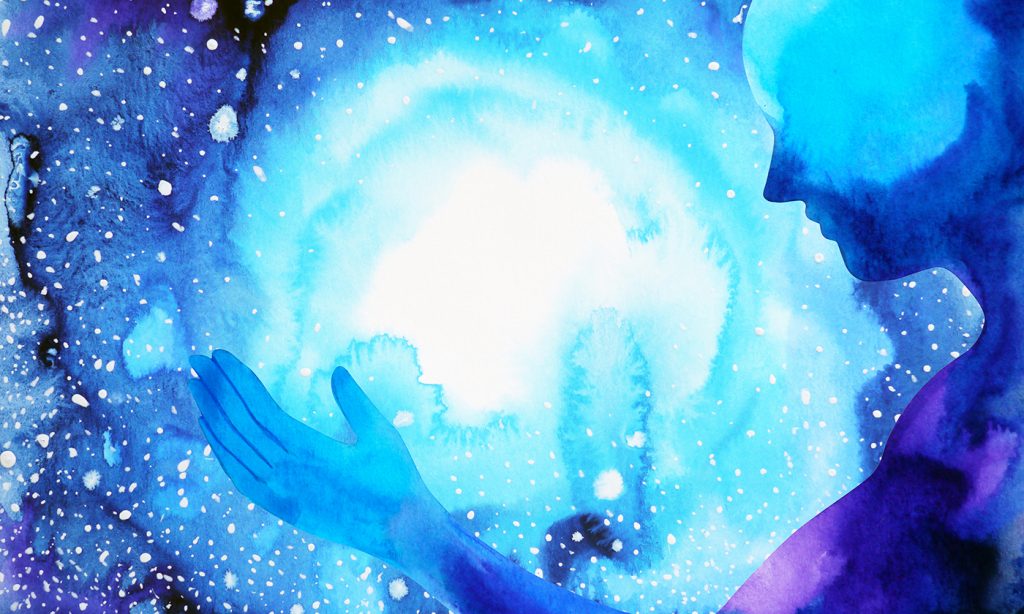 Surrendering fully into this process, the book wrote itself. I felt like little more than a typist for Gaia as the feelings and words flowed out of me, as I bowed to and held in reverence our magnificent planet. With each passing day, it became clearer to me that my work was truly in service to the planet, each chapter an homage to her. And along the way, she brought in Native American elders, which literally changed the ending of the book I had prepared. It was due to my training with Joanna that I knew what was happening and allowed myself to be Gaia’s instrument.

“We have a longing for coming home to the sacredness of our belonging to the living body of Earth and the joy of serving that at every step,” Joanna told me once during an interview. “I make it sound easy, but we can’t do it alone. Just hearing the news of what is happening each day on the planet, I can’t handle all of it alone. I’m not supposed to. Even looking at it requires we reach out to each other and take each other’s arm and I can tell you how I feel, and you will listen. The very steps we need to take bring us the relief and reward of the whole point of it, which is our collective nature, our non-separateness, because this is the only thing that can save us.”

While on tour for The End of Ice, I’ve become encouraged by the deep responses from people as I’ve spoken from the heart about the devastating impacts of climate disruption across the planet and its people. No matter how difficult life on Earth becomes, we will only be able to withstand these times by sharing ourselves with one another. If nothing else, we can bear witness together and not suffer in isolation as the dominant culture prefers. In being a “we,” humans can live as the deeply interconnected consciousness of Earth that we already are, just as Joanna has taught all of her life.

Excerpted from A Wild Love for the World: Joanna Macy and the Work of Our Time edited by Stephanie Kaza © 2020 by Stephanie Kaza. Reprinted in arrangement with Shambhala Publications Inc., Boulder, Colorado.

A section of this essay was drawn from “On Staying Sane in a Suicidal Culture” by Dahr Jamail, Truthout, June 3, 2014.

What Increasing or Decreasing Meat Does to You Over Time

How to Shift to a More Plant-Based Diet, Without the Guilt