Guitarist and songwriter Brian May of the legendary band Queen recently shifted to cruelty-free, vegan fashion and is encouraging others to do the same. The 71-year-old musician, who has advocated against hunting for years, said he could no longer justify wearing animal-derived materials while speaking up for animals at the same time.

“I was getting fed up with trying to explain why an animal campaigner would be wearing skins of animals on his feet,” May posted on Instagram. “I reasoned with myself that I needed to go with tradition—stick with what had been my habit ever since Live Aid. Nike and Adidas were part of my make-up. Right? But … really there was no explanation.” May showed off a pair of his new shoes from Italian luxury vegan shoe brand Yatay, which makes sustainable shoes from materials such as corn and recycled plastic. “My conscience felt so much better,” May said. “No more explaining to do! So now I am hooked. These new ones will do nicely for the Summer QAL tour.” May also urged his 1.6 million Instagram followers to increase their consumption of vegan food and products they use in order to reduce their impact on the environment and animals. “Remember: You don’t have to be a vegan to eat vegan food. Or buy vegan stuff,” said May. “But every time you invest in vegan merchandise you invest in the health of the planet and the animals that live on it, including ourselves. And you don’t have to make any more excuses.” 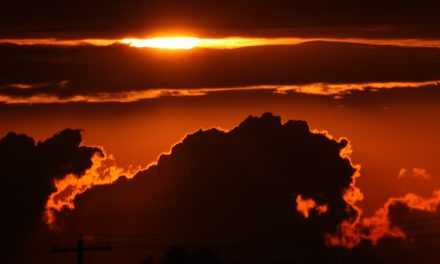 Bearing the Burden of Climate Change and Extinction

How to Shop for Safe Organic Foods