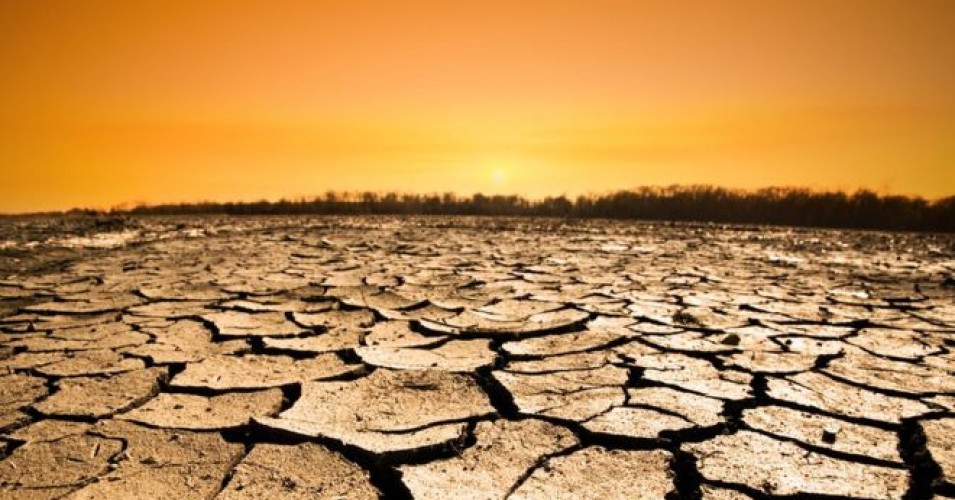 The sense that the end of next year is the last chance saloon for climate change is becoming clearer all the time. (Photo: Clint Spencer)

“The climate math is brutally clear: While the world can’t be healed within the next few years, it may be fatally wounded by negligence until 2020.”

Do you remember the good old days when we had “12 years to save the planet”?

Now it seems, there’s a growing consensus that the next 18 months will be critical in dealing with the global heating crisis, among other environmental challenges.

Last year, the Intergovernmental Panel on Climate Change (IPCC) reported that to keep the rise in global temperatures below 1.5C this century, emissions of carbon dioxide would have to be cut by 45% by 2030.

But today, observers recognise that the decisive, political steps to enable the cuts in carbon to take place will have to happen before the end of next year.

The idea that 2020 is a firm deadline was eloquently addressed by one of the world’s top climate scientists, speaking back in 2017.

The climate math is brutally clear: While the world can’t be healed within the next few years, it may be fatally wounded by negligence until 2020,” said Hans Joachim Schellnhuber, founder and now director emeritus of the Potsdam Climate Institute.

The sense that the end of next year is the last chance saloon for climate change is becoming clearer all the time.

“I am firmly of the view that the next 18 months will decide our ability to keep climate change to survivable levels and to restore nature to the equilibrium we need for our survival,” said Prince Charles, speaking at a reception for Commonwealth foreign ministers recently.

So why are the next 18 months so important?

The Prince was looking ahead to a series of critical UN meetings that are due to take place between now and the end of 2020.

Ever since a global climate agreement was signed in Paris in December 2015, negotiators have been consumed with arguing about the rulebook for the pact.

But under the terms of the deal, countries have also promised to improve their carbon-cutting plans by the end of next year.

One of the understated headlines in last year’s IPCC report was that global emissions of carbon dioxide must peak by 2020 to keep the planet below 1.5C.

Current plans are nowhere near strong enough to keep temperatures below the so-called safe limit. Right now, we are heading towards 3C of heating by 2100 not 1.5.

As countries usually scope out their plans over five and 10 year timeframes, if the 45% carbon cut target by 2030 is to be met then the plans really need to be on the table by the end of 2020.

What are the steps?

The first major hurdle will be the special climate summit called by UN Secretary General Antonio Guterres, which will be held in New York on 23 September.

Mr Guterres has been clear that he only wants countries to come to the UN if they can make significant offers to improve their national carbon cutting plans.

This will be followed by COP25 in Santiago, Chile, where the most important achievement will likely be keeping the process moving forward.

But the really big moment will most likely be in the UK at COP26, which takes place at the end of 2020.

The UK government believes it can use the opportunity of COP26, in a post-Brexit world, to show that Britain can build the political will for progress, in the same way the French used their diplomatic muscle to make the Paris deal happen.

“If we succeed in our bid (to host COP26) then we will ensure we build on the Paris agreement and reflect the scientific evidence accumulating now that we need to go further and faster,” said Environment Secretary Michael Gove, in what may have been his last major speech in the job.

“And we need at COP26 to ensure other countries are serious about their obligations and that means leading by example. Together we must take all the steps necessary to restrict global warming to at least 1.5C.”

Reasons to be cheerful?

Whether it’s the evidence of heatwaves, or the influence of Swedish school striker Greta Thunberg, or the rise of Extinction Rebellion, there has been a marked change in public interest in stories about climate change and a hunger for solutions that people can put in place in their own lives.

People are demanding significant action, and politicians in many countries have woken up to these changes. 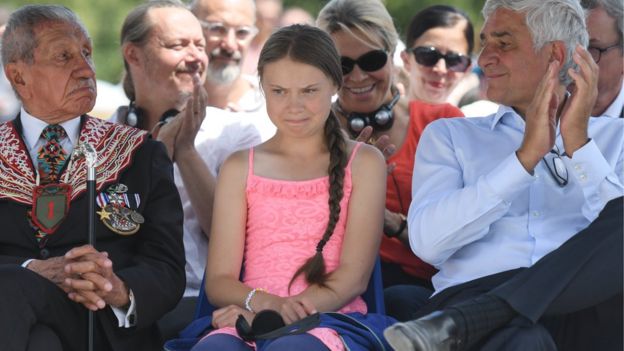 The rise of school strikers like Greta Thunberg has reflected growing interest in the climate question. (Getty Images)

Ideas like the green new deal in the US, which might have seemed unfeasible a few years ago have gained real traction.

Some countries like the UK have gone even further and legislated for net zero emissions by 2050, the long-term goal that will keep temperatures down.

Prince Charles’ sense that the next 18 months are critical is shared by some climate negotiators.

“Our group of small island developing states share Prince Charles’s sense of the profound urgency for ambitious climate action,” said ambassador Janine Felson from Belize who is the chief strategist for the Alliance of Small Island States group in the UN.

“All at once we are witness to a collective convergence of public mobilisation, worsening climatic impacts and dire scientific warnings that compel decisive climate leadership.”

“Without question, 2020 is a hard deadline for that leadership to finally manifest itself.”

Reasons to be fearful?

With exquisite timing, the likely UK COP in 2020 could also be the moment the US finally pulls out of the Paris agreement.

But if Donald Trump doesn’t prevail in the presidential election that position could change, with a democrat victor likely to reverse the decision.

Either step could have huge consequences for the climate fight.

Right now a number of countries seem keen to slow down progress. Last December the US, Saudi Arabia, Kuwait and Russia blocked the IPCC special report on 1.5C from UN talks.

Just a few weeks ago in Bonn, further objections from Saudi Arabia meant it was again dropped from the UN negotiations, much to annoyance of small island states and developing nations.

There will be significant pressure on the host country to ensure substantial progress. But if there’s ongoing political turmoil around Brexit then the government may not have the bandwidth to unpick the multiple global challenges that climate change presents.

“If we cannot use that moment to accelerate ambition we will have no chance of getting to a 1.5 or 2C limit,” said Prof Michael Jacobs, from the University of Sheffield, a former climate adviser to Prime Minister Gordon Brown.

“Right now there’s nothing like enough understanding of, or commitment to, this among leading countries. That’s why the UN Secretary General is holding a summit in September.

“It’s great that the COP might be in UK because we have a big civil society ecosystem and much higher climate awareness than in most other countries. But the movement here has barely started to think about how to apply sufficient pressure.”

There’s also been a strong warning shot from the UK’s Committee on Climate Change (CCC).

At the launch of their review of progress made by the UK government on tackling climate change, the country was found not to be on track despite legislating for net zero emissions by 2050.

“The government must show it is serious about its legal obligations…[its] credibility really is at stake here,” said CCC chief executive Chris Stark.

“There is a window over the next 12-18 months to do something about this. If we don’t see that, I fear the government will be embarrassed at COP26.”

And it’s not all about climate change

While the decisions taken on climate change in the next year or so will be critical, there are a number of other key gatherings on the environment that will shape the nature on preserving species and protecting our oceans in the coming decades.

Earlier this year a major study on the losses being felt across the natural world as result of broader human impacts caused a huge stir among governments.

The IPBES report showed that up to one million species could be lost in coming decades.

To address this, governments will meet in China next year to try to agree a deal that will protect creatures of all types.

The Convention on Biological Diversity is the UN body tasked with putting together a plan to protect nature up to 2030.

Next year’s meeting could be a “Paris agreement” moment for the natural world. If agreement is found it’s likely there will be an emphasis on sustainable farming and fishing. It will urge greater protection for species and a limit on deforestation.

Next year, the UN Convention on the Laws of the Sea will also meet to negotiate a new global oceans treaty.

This has the potential to make a real difference, according to UK Environment Secretary Michael Gove.

“We have been convinced by the evidence of environmental degradation which occurs without adequate protection,” he said in a speech last week.

“And that is why the United Kingdom has taken the lead in ensuring at least 30% of the ocean we are responsible for is protected by 2030 – a trebling of the present target. We will be asking all nations to sign up to that goal.”

If all this comes to pass, the world might have a fighting chance of preserving our natural environment.

But the challenges are huge, the political involvement patchy.

So don’t hold your breath!