Factory farming is spreading around the world. Mark Devries, Mercy For Animals’ certified drone pilot (and the director and star of this documentary), traveled to southeastern Mexico to witness the damage being done in the area.

A Mexican undercover investigator took Devries through small towns and down narrow roads to see huge factory farms carved into the rainforest. Devries was horrified:

I have seen dozens and dozens of factory farms over the years, but I have never seen anything at the scale of what’s being built here.

The drone captured footage of sprawling facilities, including a chicken farm with nearly 100 buildings, each containing thousands of birds. The footage of the pig farms is perhaps the most shocking. Devries says:

Nothing I saw was more horrifying than the pig facilities. The thousands of pigs in these places produce so much sewage that it fills giant ponds.

The footage shows a network of pipes that pump millions of gallons of untreated animal waste into ponds surrounding the farms. Facilities like these can produce more sewage than a small city. This waste can contaminate the air and local water supplies, endangering the people living nearby.

The environmental impact of factory farms is well-known. According to a recent analysis by environmental protection organization Mighty Earth, America’s largest meat companies are to blame for the Gulf of Mexico dead zone. Meat companies have failed to develop or implement practices to protect water quality. As a result, “145 million tons of untreated animal waste and other pollutants” washed into the Mississippi River watershed last year, threatening local water sources and contributing to the toxic algal blooms that help create the Gulf dead zone.

As factory farming spreads around the globe, so does its destructive impact. The best way to fight factory farming, no matter where you live, is by choosing plant-based foods. For delicious recipes and meal ideas, order your FREE Vegetarian Starter Guide today. 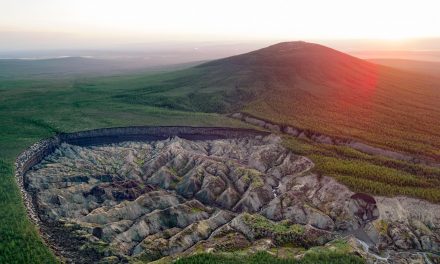