Why Some People, But Not Others, Choose A Plant-Based Diet

Photo by Eaters Collective on Unsplash

Categorizing a person’s consumption orientation may help to predict their likelihood of adopting a plant-based diet or their resistance to the idea.

Transitioning to a plant-based diet can be an easy choice for some people, while others may either find it extremely difficult or resist it vehemently. Understanding why some people are amenable to a veg*n diet but others are not is extremely valuable, not just for animal advocates who are trying to reduce animal suffering, but also for companies that are trying to facilitate a shift toward plant-based diets by offering plant-based alternatives to animal products.

In this study of consumption preferences, the authors hoped to learn what motivates consumers to purchase products by surveying people about their consumption habits and orientations. The researchers aimed to achieve this by classifying respondents’ preferences into different categories, both in terms of their views of consumption generally and their views on food consumption specifically. They then compared the answers in these categories to the answers the participants gave when the researchers asked about their current eating habits, factors that enable them to start eating plant-based meals, and about their willingness to adopt a plant-based diet. In this way, they were able to rate how favorably each person responds to statements regarding plant-based diets. A higher score indicates they are more likely to adopt a plant-based diet. To conduct the survey, the researchers questioned 1,600 people in Portugal between November and December 2018.

The results from the survey were comprehensive but not necessarily consistent.

Conversely, respondents with general consumption orientations that favor hedonism eat meat more frequently, while those with orientations associated with ethics and prosumerism eat meat less frequently, which is consistent with the results mentioned above. In terms of food consumption orientations, convenience and pleasure rank higher in relation to meat consumption, while naturalness and health concerns indicate a lower preference for eating meat. Interestingly, the authors note that preferences for eating fish followed the opposite pattern. Specifically, general orientations that scored higher on prosumerism and food orientations with higher naturalness and health preferences are associated with higher fish consumption, but individuals with food orientations toward convenience eat fish less often.

The second question they investigated was whether different consumption preferences relate to consumers’ willingness to change their behaviors. Here, respondents with general consumption orientations favoring communication, ethics, and exploration are most willing to switch to plant-based diets, while those who favor choice are least willing to change. Those leaning toward prosumerism and hedonism favor their current diets.

The last question the researchers hoped to answer was whether different consumption orientations rely on the need for certain enabling factors—capability, opportunity, and motivation—to get people to eat more plant-based meals. In terms of general consumption orientations, respondents who emphasized constraint, ethics, and exploration indicated a need for all three enablers. Not all orientations require all three variables, however. Those with orientations toward hedonism and communication are aided by greater opportunity, and those higher in sufficiency need motivation.

Although the results are often contradictory or counterintuitive, this study has many valuable insights into what will help people to transition to a plant-based diet. In general, the researchers conclude that there is no single strategy for getting an entire population to change their diets; instead, we need multiple strategies simultaneously to appeal to each individual orientation.

Facilitating the transition to plant-based diets requires a “focus on strategically creating conditions for improving flow—rather than tension—… [because] a growing body of evidence has been showing that consumers tend to hold on to attitudes and cling to behaviors that reinforce their current practices and orientations, while disregarding efforts that may go against these practices and orientations” (19). Plus, food practices and meat consumption are path and culture-dependent, so changing those practices can be hard due to loss aversion tendencies. Thus, strategies that encourage less meat consumption and emphasize plant-based meals should play to consumers’ inherent preferences and their cultural narratives.

Although the researchers examined a large variety of preferences and factors, they see a need for future research to take an even broader look at the factors that determine peoples’ diets. In particular, there are more general consumption and food consumption orientations to incorporate into the survey. Also, examining consumption orientations in terms of consumer profiles, or demographic information, as well as including consumers in other countries, would be useful. Similarly, longitudinal surveys would help researchers to more accurately assess the validity of the respondents’ answers over time.

The results of this study are complex but promising. They show that there is no single way to inspire someone to eat less meat and adopt a plant-based diet. Companies that make plant-based foods and alternatives to animal products may find this study particularly useful as it validates the need to diversify products. Such diversification will appeal to new consumers by counteracting the negative associations that many have with plant-based meals. 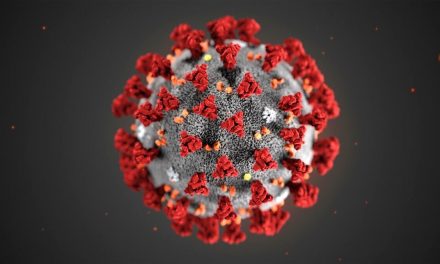