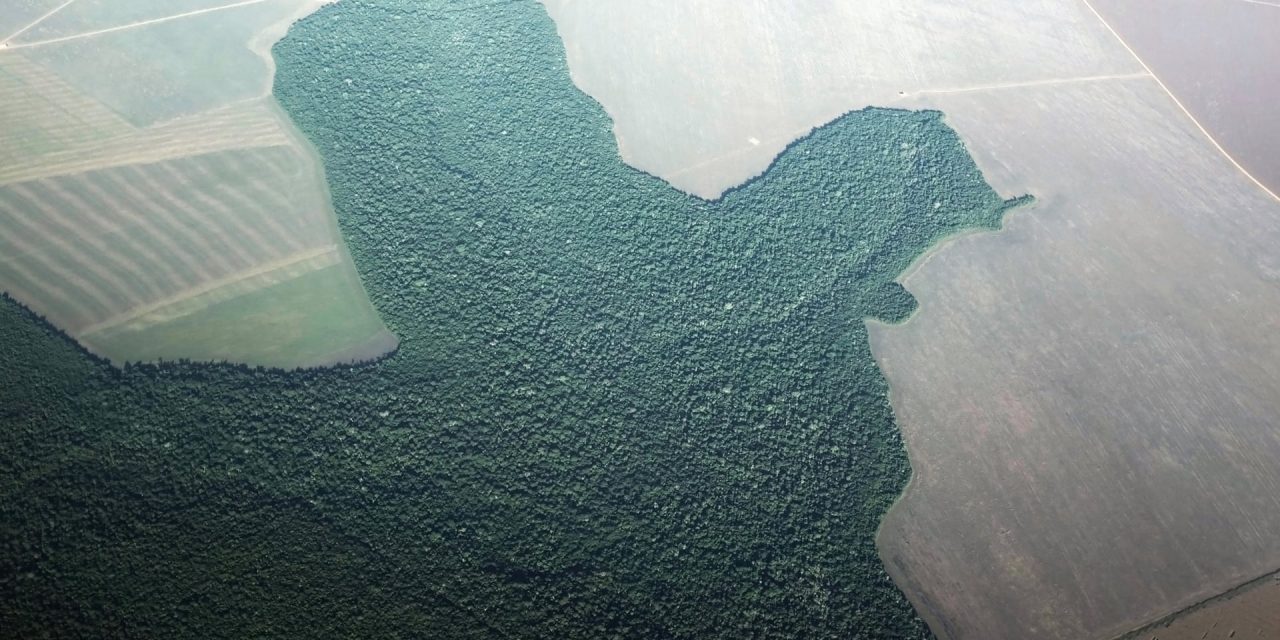 Amazon rainforest turned into farmland. An area the size of Greater London has been lost this month. Photograph: Nacho Doce/Reuters

Written by Jonathan Watts / The Guardian

Deforestation of the Brazilian Amazon has surged above three football fields a minute, according to the latest government data, pushing the world’s biggest rainforest closer to a tipping point beyond which it cannot recover.

The sharp rise – following year-on-year increases in May and June – confirms fears that president Jair Bolsonaro has given a green light to illegal land invasion, logging and burning.

Clearance so far in July has hit 1,345 sq km, a third higher than the previous monthly record under the current monitoring system by the Deter B satellite system, which started in 2015.

With five days remaining, this is on course to be the first month for several years in which Brazil loses an area of forest bigger than Greater London.

The steady erosion of tree cover weakens the role of the rainforest in stabilising the global climate. Scientists warn that the forest is in growing danger of degrading into a savannah, after which its capacity to absorb carbon will be severely diminished, with consequences for the rest of the planet.

“It’s very important to keep repeating these concerns. There are a number of tipping points which are not far away,” said Philip Fearnside, a professor at Brazil’s National Institute of Amazonian Research. “We can’t see exactly where they are, but we know they are very close. It means we have to do things right away. Unfortunately that is not what is happening. There are people denying we even have a problem.”

It may also complicate ratification of Brazil’s biggest ever trade deal with the European Union if EU legislators decide the South American nation is not keeping its side of the bargain, which includes a commitment to slow deforestation in line with the Paris climate agreement.

The official numbers from the National Institute for Space Research are a growing embarrassment to Bolsonaro, who has tried to fob them off as liesand criticised the head of the institute. Earlier this week, the president insisted the numbers should be screened by the ministry of science and technology and shown to him before being made public so that he did not get “caught with his pants down”.

This has raised fears that the data could be vetted in future rather than automatically updated online each day as is currently the case.

In his first seven months in power, Bolsonaro, who was elected with strong support from agribusiness and mining interests, has moved rapidly to erode government agencies responsible for forest protection.

He has weakened the environment agency and effectively put it under the supervision of the agricultural ministry, which is headed by the leader of the farming lobby. His foreign minister has dismissed climate science as part of a global Marxist plot. The president and other ministers have criticised the forest monitoring agency, Ibama, for imposing fines on illegal land grabbers and loggers. The government has also moved to weaken protections for nature reserves, indigenous territories and zones of sustainable production by forest peoples and invited businesspeople to register land counter-claims within those areas.

This has emboldened those who want to invade the forest, clear it and claim it for commercial purposes, mostly in the speculative expectation it will rise in value, but also partly for cattle pastures, soya fields and mines.

Earlier this month, it was reported that thousands of gold miners illegally invaded Yanomami indigenous territory near the border with Venezuela. Elsewhere, illegal loggers have mounted at least two attacks in response to Ibama enforcement operations, according to the Folha newspaper. On 4 July, they reportedly burned an Ibama truck in Espigão d’Oeste, Rondônia state and last week they were said to have burned bridges in Placas, Pará state.

Rather than defend his officials, the environment minister Ricardo Salles appeared to side with the loggers when he gave a speech to a group of them in Rondônia soon afterwards, in which he reportedly told them: “The timber industry deserves to be respected … What happens today in Brazil, unfortunately, is the result of years and years and years of a public policy of producing laws, rules, regulations that are not always related to the real world. What we are doing now is precisely bringing the legal part of the real world that happens in every country from north to south.”

During a recent G20 meeting, Bolsonaro told the German chancellor Angela Merkel that she had no right to criticise because Brazil’s conservation record was superior to that of Europe’s. This is a dubious claim, according to Climate Observatory, which cites World Bank data that shows Germany has given protected status to a bigger share of its land than Brazil.

Brazil is also going backwards fast. After an 80% reduction in the rate of deforestation between 2006 and 2012, successive governments have relaxed protections. Clearance has been creeping up. Last year, deforestation rose 13% to the highest level in a decade. This year is on course to be far worse and the trend is back towards the dark days of the early 2000s.

“Unfortunately, it is absurd, but it should not catch anyone by surprise. President Jair Bolsonaro and minister Ricardo Salles are dismantling our socio-environmental policies,” said Carlos Rittl, the executive secretary of the Climate Observatory, an NGO formed by a coalition of environmental groups.

He said Salles had eradicated the department responsible for policies to combat deforestation, that no leaders have been appointed in eight of the nine Ibama regional offices, and that operations to combat environmental crimes declined 70% between January and April 2019 compared with the same period last year.

The Deter satellite data is considered preliminary, but it is usually a guide to the longer-term trends. More detailed annual figures are usually released towards the end of the year, after the National Institute for Space Research has calculated data from the more powerful Prodes satellite system.

Trees are considered essential to climate stability. Earlier this month, a study indicated that planting a trillion trees could remove two-thirds of all the emissions that have been pumped into the atmosphere by human activities. But scientists say maintaining existing forests, particularly in the tropics, is far more important. 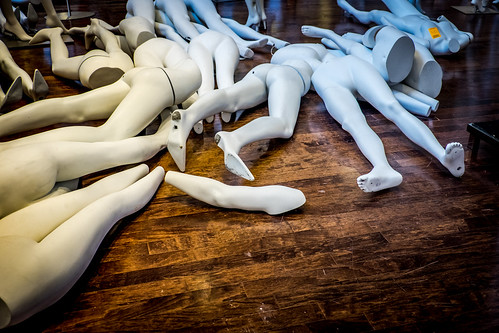 2019: A Year in the Life of Our Escalating Climate Crisis