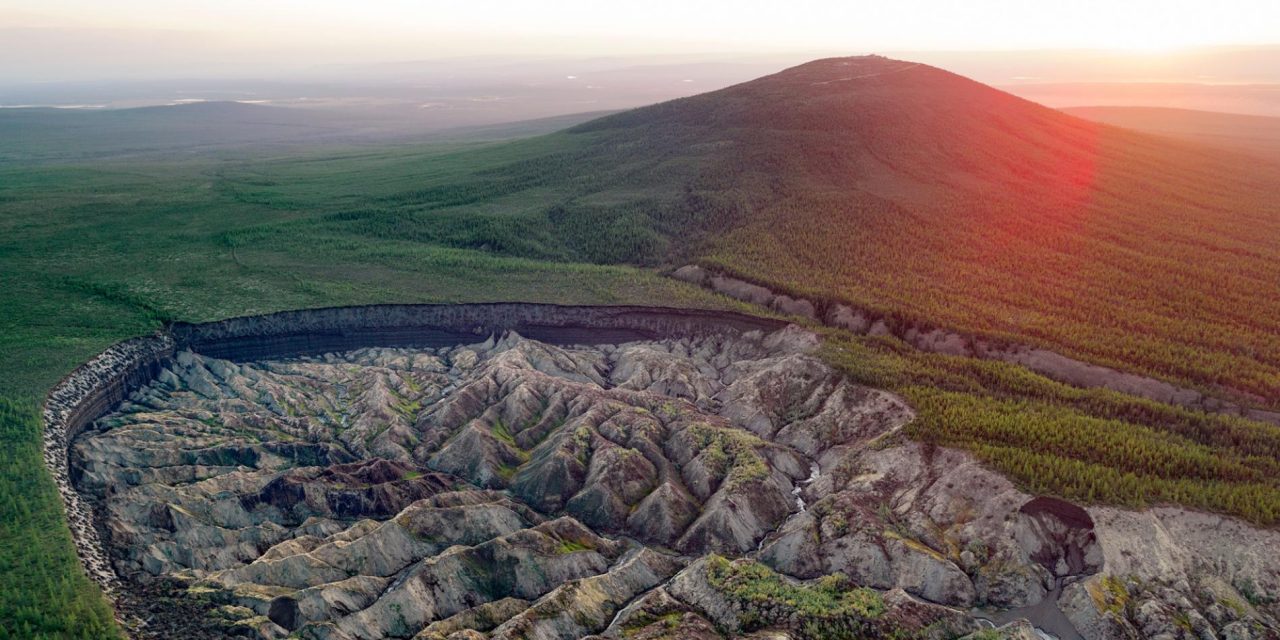 The Batagaika crater in eastern Siberia, half a mile wide and growing, is the largest of many across the Arctic. As permafrost laced with buried ice thaws, the ground collapses, forming craters or lakes. Photo by Katie Orlinsky; National Geographic.

As the frozen ground warms much faster than expected, it’s reshaping the landscape—and releasing carbon gases that fuel global warming.

Sergey Zimov, an ecologist by training, tossed a woolly mammoth bone on the pile. He was squatting in mud along the cool, wide Kolyma River, below a towering cliff of crumbling earth. It was summer in eastern Siberia, far above the Arctic Circle, in that part of Russia that’s closer to Alaska than to Moscow. There wasn’t a speck of frost or snow in sight. Yet at this cliff, called Duvanny Yar, the Kolyma had chewed through and exposed what lies beneath: a layer of frozen ground, or permafrost, that is hundreds of feet deep—and warming fast.

Twigs, other plant matter, and Ice Age animal parts—bison jaws, horse femurs, mammoth bones—spilled onto a beach that sucked at Zimov’s boots. “I love Duvanny Yar,” he said as he yanked fossils from the muck. “It is like a book. Each page is a story about the history of nature.”

Across nine million square miles at the top of the planet, climate change is writing a new chapter. Arctic permafrost isn’t thawing gradually, as scientists once predicted. Geologically speaking, it’s thawing almost overnight. As soils like the ones at Duvanny Yar soften and slump, they’re releasing vestiges of ancient life—and masses of carbon—that have been locked in frozen dirt for millennia. Entering the atmosphere as methane or carbon dioxide, the carbon promises to accelerate climate change, even as humans struggle to curb our fossil fuel emissions.

Continue reading this article along with photos→ 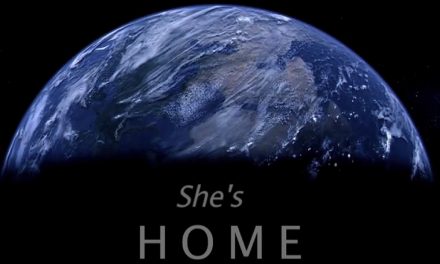 India – Birds Drop Out of the Sky, People Die